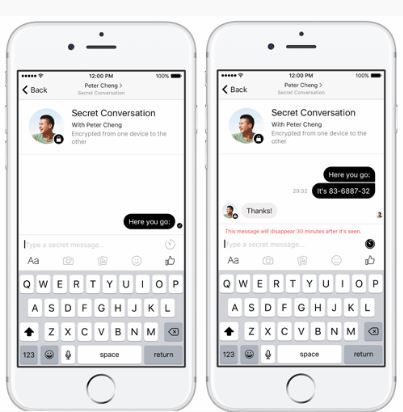 9to5 Mac reports that Facebook is currently testing end-to-end encryption for its Messenger app. The feature is called “secret conversation,” and the encryption will be so strong that even Facebook will not be able to access conversations on it.

“We are starting to test the ability to create one-to-one secret conversations in Messenger that will be end-to-end encrypted and which can only be read on one device of the person you’re communicating with. That means the messages are intended just for you and the other person—not anyone else, including us,” said Facebook.
Click to expand...

“Starting a secret conversation with someone is optional. That’s because many people want Messenger to work when you switch between devices, such as a tablet, desktop computer or phone” stated Facebook.
Click to expand...

Expect Facebook to make this feature widely available to all Messenger users sometime this summer.

Source: Facebook testing end-to-end encryption in Messenger, branded Secret Conversations
You must log in or register to reply here.

Facebook Messenger Gets a Version Specially Designed for the iPad