EU Commission Rules that Apple Must Repay $14.5 Billion in Back Taxes 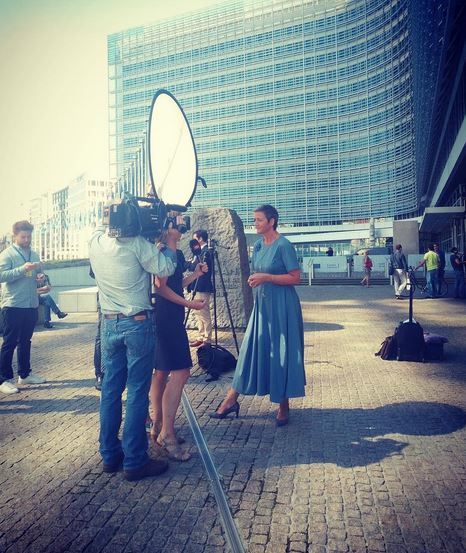 The European Commission has today ruled that Apple must pay back the 13 billion Euros ($14.5 billion) in back taxes that have accrued since tax year 2003 and up until 2014, reports MacRumors.

EU commissioner Margrethe Vestager (pictured announcing the decision today) said that the tax benefits that Apple has, until now, enjoyed in Ireland are “illegal under EU state aid rules, because it allowed Apple to pay substantially less tax than other businesses. Ireland must now recover the legal aid.”

“For every million euros in profit, it (Apple) paid just €500 in taxes,” said Vestager.

Ireland’s Finance Minister Noonan said that Ireland “disagrees profoundly” with the EU commission’s ruling, and that he would be asking his cabinet for approval to appeal the ruling.

Apple has responded to the ruling with the following statement:
"

The European Commission has launched an effort to rewrite Apple’s history in Europe, ignore Ireland’s tax laws and upend the international tax system in the process. The Commission’s case is not about how much Apple pays in taxes, it’s about which government collects the money. It will have a profound and harmful effect on investment and job creation in Europe. Apple follows the law and pays all of the taxes we owe wherever we operate. We will appeal and we are confident the decision will be overturned."
Click to expand...

Further, Apple CEO Tim Cook has posted “A Message to the Apple Community in Europe” on Apple’s website, talking about how much Apple has invested in Cork in Ireland, and that it employs nearly 6,000 people in Ireland in total. Here’s just a small excerpt of Cook’s lengthy letter:

"Over the years, we received guidance from Irish tax authorities on how to comply correctly with Irish tax law — the same kind of guidance available to any company doing business there. In Ireland and in every country where we operate, Apple follows the law and we pay all the taxes we owe.

"The European Commission has launched an effort to rewrite Apple’s history in Europe, ignore Ireland’s tax laws and upend the international tax system in the process. The opinion issued on August 30th alleges that Ireland gave Apple a special deal on our taxes. This claim has no basis in fact or in law. We never asked for, nor did we receive, any special deals. We now find ourselves in the unusual position of being ordered to retroactively pay additional taxes to a government that says we don't owe them any more than we've already paid."
Click to expand...

This is interesting in that the European Commission has ordered Apple to pay back taxes to a government that says Apple doesn't owe any back taxes.

Perhaps they should just write a check for $0 and call it good. The Irish would probably frame it and hang in in the Taoiseach's office.
You must log in or register to reply here.

How to stop Apple from escaping million of State TAXES?