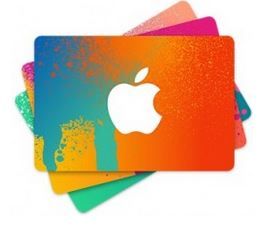 MacRumors reports today on the case of Ruben Profit, 24-year-old employee at an Apple Store in Queens Center Mall in New York, who could be looking at up to 15 years in prison if he is found guilty of the charge of grand larceny.

The charges relate to an illegal racket that the aptly named Profit is said to have run at the store, where he used re-coded Visa and American Express debit, credit, or gift cards to buy multiple Apple gift cards, which he would then sell on at a discount.

According to the original report on NBC, Profit told police that he was paid $200 for every $2,000 Apple gift card that he sold on to someone else.

Profit was arraigned on Friday, and is held on $20,000 bail. At the time of his arrest he was said to have 51 re-coded Visa and American Express cards in his possession, as well as seven $2,000 Apple gift cards.

Source: Apple Store Employee Charged With Stealing Nearly $1 Million in Apple Gift Cards
You must log in or register to reply here.

Man gets finger ripped off in iPad theft.