Apple Said to be Finally Developing its Own Displays 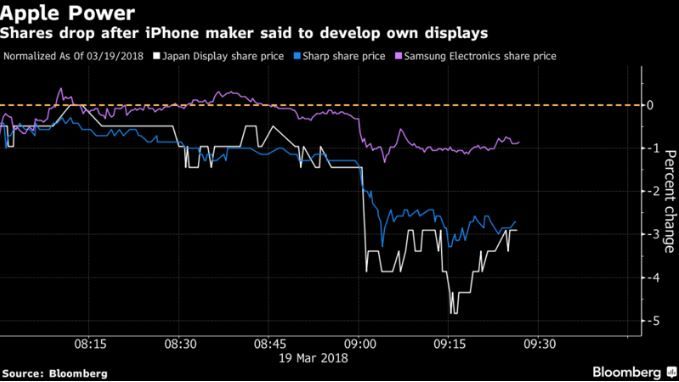 According to an exclusive report on Bloomberg Technology today, Apple has begun designing and producing its own device displays at a secret manufacturing plant near its California headquarters. Bloomberg’s source said that Apple initially intends to make a small test batch of displays.

According to the source, Apple is investing significant amounts in developing next-gen MicroLED screens, which have a different light-emitting compound to that of OLED displays, and which could result in even brighter, slimmer, and more power-saving displays.

MicroLED screens are apparently much more challenging to produce than OLED displays, so much so that Apple almost canned the entire MicroLED project a couple of years back. However, as is often the case with Apple, the engineers persevered and have apparently now managed to come up with some advanced MicroLED technology that should see the light of day in a few years time, provided Apple keeps going forward with its plans, which would also entail investing in new equipment.

As you might expect, the news had a big effect on display makers around the world, as you can see from Bloomberg’s chart.

Source: Apple Is Secretly Developing Its Own Screens for the First Time
You must log in or register to reply here.