Here is how Where in the world? is played.Study this post carefully before posting challenges.

Where in the World is a geographical game based on general knowledge and detective skills. It is open to everyone. Please read this leader carefully before attempting to participate.

Where in the World operates under the General rules for iPad Forums, as well as these gameplay conditions.

The first, and most important are the rules governing use of iPadForums.net which can be found here Forum Rules - Apple iPad Forum . All players are, by virtue of their membership of iPadForums, expected to abide by the rules of the forum. Breaches of these rules may lead to action by the moderators and could include expulsion from the forum.
The game also has it's own gameplay conditions, which follow. WitW gameplay is interpreted by the adjudicators of the game. At present the adjudicators are Scifan57 and AdmiralAdama. In case of perceived conflict between iPF rules and WitW , the rules of iPF will prevail.

Any dispute with a decision of a moderator MUST be done via PM with that moderator, never in open forum. Disputes with adjudicators MUST take place in the thread entitled Where in the World - discussions, which all players should bookmark.

1. English is the preferred language for play, although players may supply questions and answers in any language offered by Google Translate.

2. A challenge may be opened for new players only for a period of one hour at the discretion of the poster. After one hour has has elapsed with no attempts to solve it, it will be open to all players.

4. Answers may not be copied and pasted from any source. All answers must be supplied by the member in his own words. The answer can be based on researched material found anywhere. Answers are subject to IPF rules.


5. Pictures must be clear enough to identify the subject. Blurred images are acceptable only if it is necessary to hide a feature which would render the picture useless for the purpose of the game e.g. the name of a building.

7. This is a geographical game, not a crossword puzzle. The answer to a challenge should always be a location, plus further information if required.
Last edited: Dec 30, 2013

I think maybe a time limit on non replay of answers and confirmation ,may help the flow!
Happy for a mod to be the adjudicator in these situations.
Also think its necessary to have some easy ones to encourage more players .
Possible some speed tests from time to time to get the regulars pumping ! 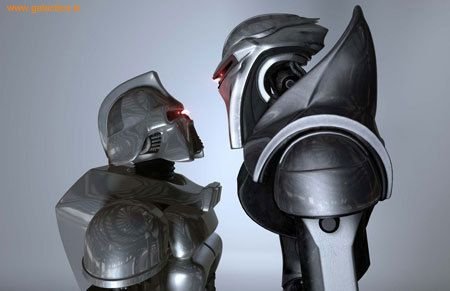 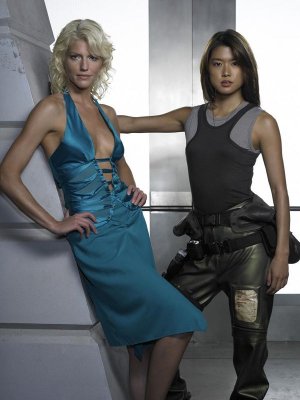 Thanks for setting this up, scifan.

We should hammer out some rules and post them here; also link to the game thread regularly. Discussion in this thread should never appear to be a simple bump as this is against forum rules. Check external links carefully to ensure they don't fall foul of the rules; examples: don't link to sites that carry pornographic advertising; check YouTube and other musical clues for obscene language; link externally only if the link enhances the conversation. No links to other forums, except those affiliated to iPadForums.net, and no advertising on other forums unless their rules allow it.

As we had the query from the Dutch teacher about his geography class joining in, we should state in the rules that posts can be made in any language that Google Translate can handle. Unfortunately for Admiral, I don't think this includes Cylon.

Don't respond to troll posts or spambots, as it makes cleanup more difficult. Just report them in the usual way, and the iPF mod team will get them. Also bear in mind that the mods will not adjudicate WitW. That is for us to do. As an iPF mod, I can delete any post, so if that becomes necessary for the purposes of gameplay, such as an out of turn challenge, just shoot me a PM telling me the post number and I'll deal with it.

I'll update post #1 of WitW with the link to this thread.

Of all the famous monuments in Japan, perhaps none is more perplexing than Yonaguni, an underwater rock formation that lies off the coast of the Ryuku Islands. It was discovered in 1987 by a group of divers who were there to observe Hammerhead sharks, and it immediately sparked a huge amount of debate in the Japanese scientific community. The monument is made up of a series of striking rock formations including massive platforms, carved steps, and huge stone pillars that lie at depths of 5-40 meters. There is a triangular formation that has become known as &ldquo;the turtle&rdquo; for its unique shape, as well as a long, straight wall that borders one of the larger platforms. The currents in the area are known for being particularly treacherous, but this has not stopped the Yonaguni monument from becoming one of the most popular diving locations in all of Japan.

So what do we think? Artificial or natural?

It's hard to believe That "Where in the world?" is only 2 months old and has over 2400 posts.It's more popular than any of us could ever have foreseen in the beginning.

scifan57 said:
It's hard to believe That "Where in the world?" is only 2 months old and has over 2400 posts.It's more popular than any of us could ever have foreseen in the beginning.
Click to expand...

It's doing incredibly well. There's something very interesting about the thread. It has a much higher response rate than most iPF threads. It is currently running around 25,000 views so is achieving a response rate around 10%.

I first started this game several years ago on MSN Groups. It had a quicker take up but floundered when people solved a challenge and then left without posting a new one. With our policies of encouraging noobs to post, adjudicators and a core of players who clearly love attention to detail, I'm sure it will become even more popular as time goes on.

I'm considering adding a thread to the education section, but need to check the rules first, as the thread probably falls under the same rules as apps developed by members, which can only have one publicity thread.

Is the number of views a thread has received something that only moderators and administrators can access?I've looked and can't see it.

scifan57 said:
Is the number of views a thread has received something that only moderators and administrators can access?I've looked and can't see it.
Click to expand...

Yes, Scifan, that is correct, it is only seen by admins and the moderator staff.

skimonkey said:
Yes, Scifan, that is correct, it is only seen by admins and the moderator staff.
Click to expand...

That's something I've learned. I was just about to reply that it's in the website view of the threads list. Thanks for that, Skimonkey.

I've posted a new thread in the education sub forum inviting educators to join in with WitW. If there are any queries, could regulars please supply answers? Thanks in advance.
OP

KevinJS said:
I've posted a new thread in the education sub forum inviting educators to join in with WitW. If there are any queries, could regulars please supply answers? Thanks in advance.
Click to expand...

I've just been reading the news page, and found this!!! 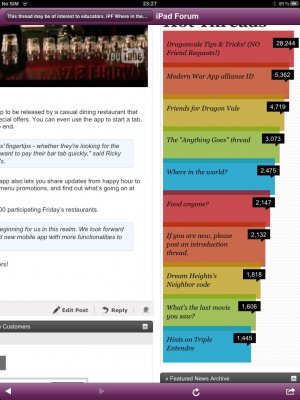 Looks like we are making a bit of a noise in iPF.
You must log in or register to reply here.

Where in the world - Discussions
2