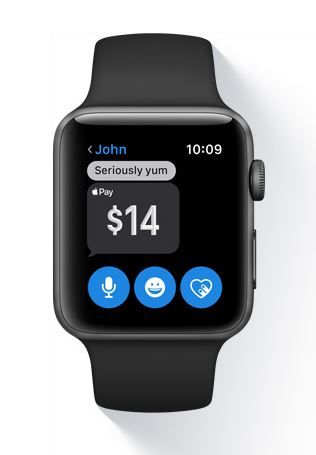 Apple has just released watchOS 4.2, writes MacRumors, which comes just a little more than a month after watchOS 4.1 was released.

One of the main features introduced in the update is support for Apple Pay Cash in the US, which has also just been included in the newly released iOS 11.2. You can use your Apple Watch to send money to another user via the Messages app on your watch.

Also included in watchOS 4.2 is support for HomeKit sprinklers and faucets, as well as a new workout variant for Apple Watch 3 that enables you to use third-party apps to record various stats such as number of runs, average speed, distance covered, and elevation descended (for winter sports such as downhill skiing and snowboarding).

As is usually the case, several bugs have also been fixed with this latest update, including one whereby the Apple Watch would restart when the user asked Siri about the weather. Another issue that has also been fixed led to scrolling in Heart Rate to be disabled in some instances. A problem with simultaneous timer or alarm dismissal has also been resolved.

Source: Apple Releases watchOS 4.2 With Support for Apple Pay Cash
You must log in or register to reply here.

M
Apple Pay Cash Could Launch at the End of October