​
The iPad has been a remarkable presence on the market ever since its release date. Every upgrade that has come out since has managed to become a success, making Appleâ€™s most promising product a real trend-setter. Still, once Googleâ€™s Android OS started to spread amongst tabs, it became more and more obvious that we were going to have a great battle between Apple devices and Android powered ones and the iPad started to slowly lose ground. With recently released or announced threatening tabs (such as the Samsung Galaxy from Sprint), Apple had to reconsider their exclusivist policy and decided to extend their partnerships with carriers, thus the latest news that Verizon will soon start to sell iPads.

Verizon To Start Selling iPads On October 28th​
Until now, those wanting to buy an iPad within the US borders only had one carrier to go to, AT&T. With the Galaxy tab announced to be released at practically all the important providers, Apple decided to step up their game and have came to an agreement with Verizon Wireless. Their product will be available in more than 2,000 Verizon stores, starting October 28th. Still, the device will not be sold as a CDMA one; instead, fans will be able to buy the iPad as a Wi-Fi tab and subscribe for a $20 monthly Android Mobile Hotspot Contract to obtain the full pack. This come as a pretty big surprise, considering that AT&T provides included 3G coverage in the price of the iPad, making it a better rival for the Android products, but this might have come as a direct consequence of the huge success the iPhone has had at AT&T in recent years. If indeed these kind of partnerships have the purpose of bonding manufacturers and carriers, then the obvious next step would be the Verizon iPhone 4G, a very rumored, but yet unconfirmed alliance.


Verizon has also made public the price tags their iPad will be wearing: the 16GB version + MiFi will cost $629.99, the 32GB version + MiFi will be available in exchange for $729.99 and finally, the 64GB one + MiFi will be priced at $829.99. The earlier mentioned $20 contract only includes 1GB of data traffic, so users will most likely have to pay extra forâ€¦ the extra. Itâ€™s kind of annoying to have to get money out of your pocket for every move and click you make, but it looks like this is the only way Apple and Verizon managed to agree on something. 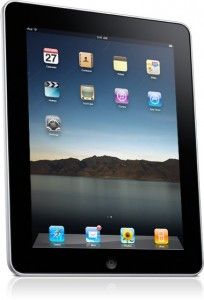 It is going to be interesting to observe how many people who would usually go for an Android tab will opt for the Verizon iPad. It looks like this is just â€œsetting the groundâ€ for future business, such as the Verizon iPhone 4G, but until then Androidâ€™s extremely fast expansion may be at least slowed down a notch. This would probably satisfy Apple, as people have become very enthusiastic with Googleâ€™s OS lately, especially with the devices that run Froyo.

â€œWeâ€™re thrilled to be working with Verizon Wireless to get iPad into the hands of even more customers this holiday season,â€ said Tim Cook, Appleâ€™s COO. â€œiPad allows users to connect with their apps and content in a more intimate, intuitive and fun way than ever before, and together with Verizon Wireless weâ€™re offering an easy way to stay connected wherever you go.â€

Appleâ€™s App Store℠ offers iPad users access to the worldâ€™s largest catalog of apps with over 280,000 apps and more than 30,000 iPad specific apps in 20 categories, including games, business, news, sports, health, reference and travel. With Appleâ€™s iBookstore℠, the best way to browse, buy and read books on a mobile device, iPad users have access to more than 100,000 books from major and independent publishers.

MiFi 2200 is small enough to fit in a pocket and allows customers to create a personal Wi-Fi cloud capable of sharing the high-speed Internet connectivity of the Verizon Wireless 3G Mobile Broadband network with up to five Wi-Fi-enabled devices. The MiFi 2200â€™s rechargeable battery provides up to four hours of active use and 40 hours of standby time on a single charge.

Customers can sign up for more information on Appleâ€™s iPad together with Verizon Wirelessâ€™ MiFi 2200 at www.verizonwireless.com/iPad, at any Verizon Wireless Communications Store or by calling 1-800-2 JOIN IN.

Apple designs Macs, the best personal computers in the world, along with OS X, iLife, iWork, and professional software. Apple leads the digital music revolution with its iPods and iTunes online store. Apple is reinventing the mobile phone with its revolutionary iPhone and App Store, and has recently introduced its magical iPad which is defining the future of mobile media and computing devices.

i buy verizon new ipad, can i use it in indonesia?


You want the AT&T version, which is GSM.

New iPad is worldwide.
You must log in or register to reply here.

M
Verizon Will Include iPad Mobile Hotspot for Free in its Plans, AT&T Won't Have It