Two Possible iPad Rivals Give Up the Ghost 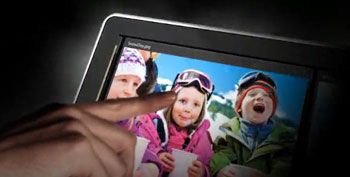 Business site The Motley Fool posts a couple of bits of interesting news about two possible iPad rivals giving up the ghost. Firstly it says that according to “various sources” Microsoft has abandoned any plans, such as they were, to release its dual-screen Courier tablet.

The second competitor that The Motley Fool says has withered away to nothingness in the face of the mighty iPad onslaught is Hewlett-Packard’s Slate computer. The Motley Fool quotes a TechCrunch story that says that HP is about to kill its Windows 7 tablet computer, according to a TechCrunch source.

The Fool says that the Slate cancellation is a huge surprise, as HP had already showcased it at CES earlier in the year. TechCrunch puts the decision down to HP not being happy with the tablet’s Windows 7 operating system, or the Intel Atom chip.

by Maura Sutton, iPadForums.net
The Seas Are Parting for the iPad (AAPL)
OP