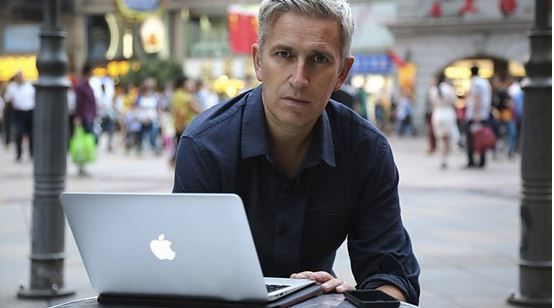 ​
Following the BBC’s politically charged Panorama show airing a damning documentary about Apple's factories yesterday, MacRumors reports that Apple CEO Tim Cook has said that he is “deeply offended by the suggestion that Apple would break a promise to the workers in our supply chain or mislead our customers in any way.”

The message from Cook was relayed to Apple’s UK staff by Apple’s senior vice president of operations, Jeff Williams.

“Panorama’s report implied that Apple isn’t improving working conditions,” said Cook in the letter. “Let me tell you, nothing could be further from the truth.”

Williams also hinted in the email that Apple had given the BBC relevant facts about its commitment to its workforce around the world, but that the BBC had chosen not to use them.

Whether or not the allegations in the Panorama show are true remains to be seen, but the BBC and Panorama frequently face accusations of left-wing bias in the UK, with a big multinational company such as Apple being just the sort of target that the corporation likes to sink its teeth into.

I can understand Cook not being happy or feeling they are even guilty of this. But, let's be realistic here: there ARE abuses happening to these low paid, overworked, almost servant-like employees. Over here in the USA this stuff just couldn't happen and the wages are higher so Apple and many other companies choose to do a lot of their work overseas.

They do it for ONE reason only.... More profit. It's too bad that they couldn't forego a few percentage points in profit and keep the jobs here. It would be such a good thing for our economy and it would make apple look extra good too. My wish one of these big companies would lead the way and get jobs back here. It CAN be done... But they have to do it.

But it's not a few percentage points. It's a huge chunk of profit. Enough to make or break most companies.

Apple is moving some manufacturing back to the U.S., but only on items that are so high-ticket that they can afford the change. And the factories are highly automated, so they are not going to be bringing in a ton of blue collar jobs either.

Despite that they are doing more, and more transparently, than almost every other company out there. So why is the BBC doing an expose on Apple? Because they have an agenda, and attacking any other company, no matter how guilty, wouldn't make half the splash.

For an alternate look at the motivations of the BBC piece, read this article.

The truth is probably somewhere between Apple is an "evil lying religious cult" painted by the BBC and an "angelic example of a moral company". But anytime politics and agendas get mixed up, the only thing you can guarantee is that you won't be getting the truth.

Yea and the next iPad would cost +$1K range.

Like it or not that's the way society is now days.....very stiff competition and the need to find the most cost effect way of producing product.
Most American companies are doing it to part or all of their manufacturing.

I'm having trouble accepting the "huge chunk of profit" argument when companies like Apple are posting record profits, enormous gains, sitting on piles of cash, and everything else. They could easily forego some profit for better job ops in the USA. They choose not to.

Just seemed better back in the good old days when companies reinvested back into OUR communities and our tax system. Now, the top shareholders get treated like royalty and that's it. And, don't even get me going on the cheesey tax games that these companies play which puts more money into their pockets. How many billions in enough?

Didn't used to be that way.

What is the purpose of that huge chunk of money now? Apple is one of the richest companies in the US, possibly the world too. Do they even need the money? Do they have any significant plans for it?

Perhaps I'm disappointed in Apple, and more so in corporations in general; but if I am then I also have to be disappointed in my country, my fellow humans, and most of all myself.

The only vote we have in how a corporation behaves is whether we buy it's products or not. And it's a big influential vote. No income means no company.

So, I have to conclude that we have exactly the corporations and economy we've been voting for.

twerppoet said:
Perhaps I'm disappointed in Apple, and more so in corporations in general; but if I am then I also have to be disappointed in my country, my fellow humans, and most of all myself.

The only vote we have in how a corporation behaves is whether we buy it's products or not. And it's a big influential vote. No income means no company.

So, I have to conclude that we have exactly the corporations and economy we've been voting for.
Click to expand...

You really are correct. I buy Apple products so how can I complain? The problem is that there are NO options to buy anything else that's USA made or whatever. If you want a phone, a tablet, or just about any other electronic device then it's going to be made by some indentured servant somewhere. That's the problem.

The USA could simply slap a tariff on imported goods to level the playing field so to speak but that would require bought and paid for politicians enacting laws that would go against whet their financiers want. Not going to happen. You can't win.

I believe country-centric economics are dead. The idea of keeping all the money in your country is dead, and has been for quite a while. It's probably not even feasible. Countries that tried it, like China, suffered a lot before they came to terms with the idea that they needed to deal with the world.

While more painful in the short term (relatively speaking short), the better option for first world countries is to continue the battle to bring the entire world's economy up to their level. It's not a zero sum game. We don't lose when other countries become prosperous. Instead we gain trading partners that contribute to our income, instead of draining it.

You could think of it as a long term investment.

Like other investments, it requires some sacrifice in the short term for larger profits in the long term. Of course those investments may not pay off for decades, or even generations. But we need to start thinking in those terms. Not just financially, but ecologically, scientifically, and in every other way; if we intend to live up to our own standards of moral conduct. Or even survive as a species, for that matter.

I suppose these are rather heavy thoughts to heading towards a new year with, but what better time?
You must log in or register to reply here.

The New Yorker Publishes an Extensive Profile on Jony Ive, One of The Most Detailed Yet