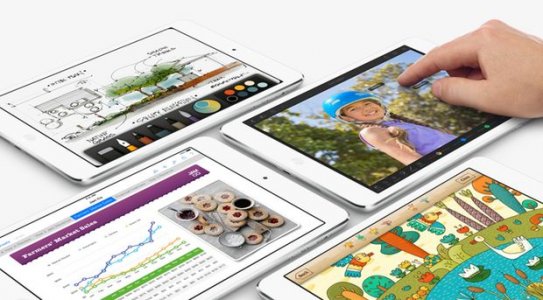 ​
The fifth-generation iPad Air is launching tomorrow, and United Kingdom is among the first countries to get it. Speaking to Engadget, UK carrier Three has announced that it is going to offer cellular models of the iPad Air and the iPad mini with Retina Display to its customers. Thus, Three will become the first British provider to carry Appleâ€™s latest tablets.

The cheapest data plan will cost you Â£7.50 per month with 1GB of data and Â£499 up-front for the 16GB model. There is also a Â£15 data plan for 10GB and a 15GB one that will set you back for Â£25. These are the same data plans that Three will be offering for the Retina display iPad Mini once it gets launched. A recent product listing from Target.com suggests that it could happen on November 21.

Three currently doesnâ€™t have LTE coverage, but the network will begin its rollout in December, this year. The 4G service will first launch in London, Birmingham, Manchester, and Reading.

Donâ€™t forget, the iPad Air will be available on Friday, November 1, with online orders beginning at 12:01 AM Pacific Time in the United States while Appleâ€™s retail stores will open at 8 AM local time.

its good
You must log in or register to reply here.

Japanâ€™s Largest Carrier to Offer the iPad Air, iPad Mini 2 on June 10 to Its Customer

M
EE Says it Will Offer iPad Mini in the UK