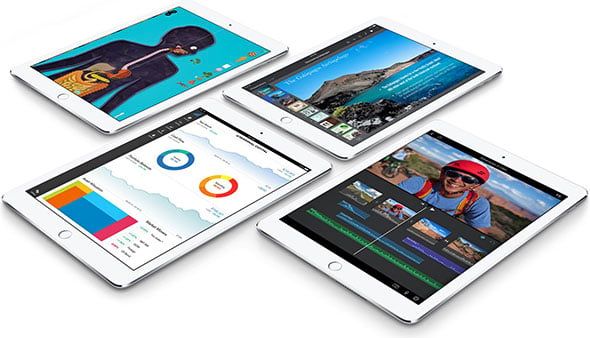 According to a recent story run by HotHardware publication, it seems that the new A8X chip inside Apple's new iPad Air 2 is a triple-core variant of the A8. With the A8 SoC launch, Apple issued a minor tweak to the original A7, but this is not the case with the new A8X.

It comes with a higher clock speed (1.5GHz vs. 1.4GHz), a larger L2 cache (2MB, up from 1MB) and 2GB of external DDR3. There's also an internal metal heatspreader which helps drastically improve power consumption and increase the performance of the device.

The new kernel is the main 'kernel' for the performance of the iPad Air 2. It proves to be better than Nvidia's Shield in GFXBench's Manhattan offscreen test, at 32.4fps to 31 fps. It seems that the A8X chip is so powerful that it could even power an upcoming MacBook Air:

"Whenever Apple releases a new processor someone inevitably floats the idea that this will be the chip that launches a new, ARM-only SKU for Apple from top to bottom. The answer, for the record, is and continues to be "No." But let's look at why. Performance has nothing to do with it -- I have no doubt that Apple could build a much more powerful version of the A8X in a 15-20W form factor as compared to the 4-8W of a typical tablet -- possibly enough to close the gap between the A8X and the Haswell chips inside the MacBook Air. If performance can be equalized, why not go ARM?"

So, to sum it up, the new chip inside the iPad Air 2 is a big improvement for last year's iPad Air, which is quite snappy, as well. Therefore, if you're pondering whether to get one or not, take into account that you'll be holding a true powerhouse inside an elegant profile.

Source: HotHardware
Last edited: Oct 27, 2014
You must log in or register to reply here.