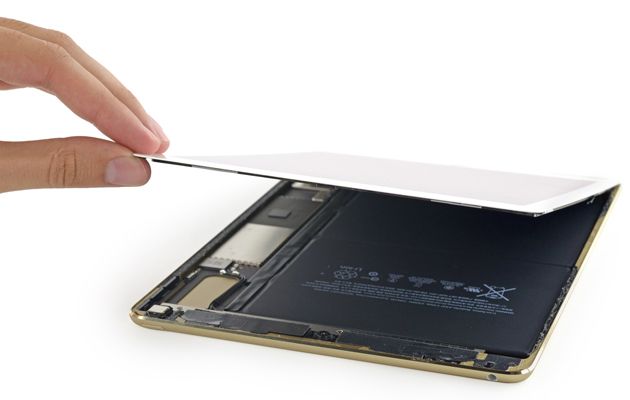 According to a recent teardown performed by the repair experts over at iFixit, the iPad Air has a battery that's 15 percent smaller. This is impressive if we take into consideration the fac that Apple claims it still gets the same battery life. So, with a shrunken battery, the new iPad Air 2 is still able to deliver the same battery life.

According to Apple, the tablet maintains its 10-hour battery life thanks to its A8X chip and software improvements. The decrease in battery size could also be the main cause for the fact that the iPad Air 2 is 18 percent thinner than last year's iPad Air.

Apple says that the new A8X chip, along with improvements in software, help the iPad make up the difference. The iPad Air 2 come with 27.62 Wh batter unit, as opposed to the original Air's 32.9 Wh capacity.

The team from iFixit also found out that the dual mic inched its way closer to the iSight camera. To see the entire teardown process, go ahead and visit iFixit's website.

Time will tell if the battery life truly stays the same though. Let's give the Air 2 owners a few weeks to analyze.
You must log in or register to reply here.