I recently jailbreaked my iPad 2 and it was working awesome !
Yesterday,

Moderation Notice: This post has been edited by a member of staff in accordance with the Hacking Section Rules. Piracy is not allowed to be promoted on these forums!
Click to expand...

, I installed few tweaks and apps.
Since then I'm having some problem with my springboard.
Whenever I reboot my device I face this problem : 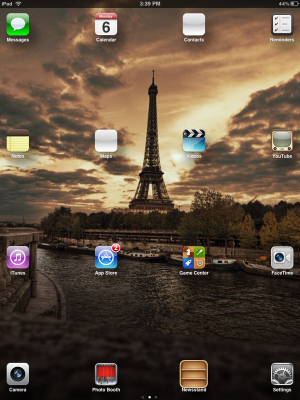 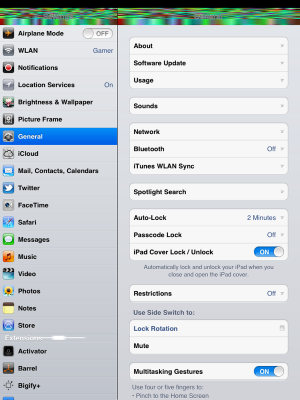 But when I respring my device with SBSETTINGS, everything comes back to normal.
Can anybody tell me the reason or solution to this problem ?

Welcome to the forums CryptanalyticIcecube. You need to be aware that Jailbreaking and Hacking your device is NOT a licence to steal software. Repos, such as the one you added to Cydia (which I have removed from your post) provide pirated and cracked versions of tweaks that should normally be paid for. Cydia clearly warns you about what you are doing when you add the repo, but you chose to ignore it. Stealing software and discussion or promotion of it is clearly against our rules (which you can reference from the link in my sig).

As you are new, you are being given a chance to change your attitude towards this stuff, but as laid out in our rules, any further reference to piracy or stealing software will not be tolerated and may result in a ban.

As a first step to resolving your problems, delete the apps / tweaks you installed via that repo using Cydia, then remove the repo source itself from Cydia. Reboot, then try using legitimate versions of the apps or tweaks.
X

And if the problem persists, follow and contribute to this (active) thread: http://www.ipadforums.net/ipad-hack...-now-reboots-different-layout-resolution.html . A nice search would have brought you there...
OP
C

As far as my problem is concerned I restored my device and jailbreaked it again, it's working fine for now.
You must log in or register to reply here.

L
Springboard thinks it is an iphone instead of an ipad!

G
respring putting 16 icons per screen instead of 20