So I thought I had this figured out, but apparently not. I put my pictures on my iPad ~ I also now have the photo bucket App with access to all my pictures.

But how do I post a picture here? Or any other site, from my iPad?

this must be the same for iphone and ipod too


looking forward to a responce from someone in the know
B

When you open the photobucket app and have uploaded your pics there you can click on the pic you want to post. Then there is a button on top right looks like a chain link. Click that and select the "IMG" code line, it copies then open thread, reply etc in the website you want, press the screen until paste option comes up and paste the copied link.
G

You can also email yourself pics to picasa.
B

It's the forum posting she got stuck on

Ah hah! Looks like you do understand the process!

Can someone be clear? If you don't have photo bucket, is there an other way?

The best way is the Photobucket app which is free. After you upload the picture... 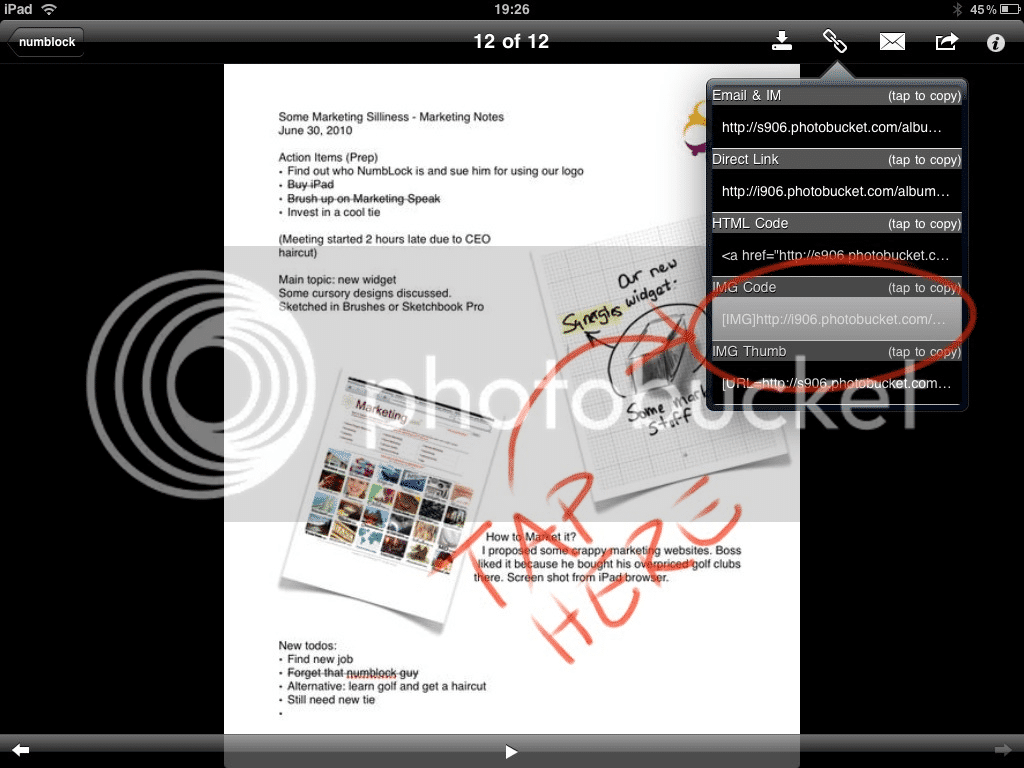 thanks for this guys.

I will obtain the photobucket app and give it a go.
I

While there may be other ways of getting stuff from here to there, the method described will work.

If I can get philosophical for a moment...

I think this idea may be foreign to some people because they are used to doing things with computers the way they have been doing things since the invention of the "personal computer". Using this model, the data and the processing hardware both exist in the same physical space. But now enter the "cloud". This is where your "stuff" exists somewhere else and your hardware (the iPad in this case) is a portal to that stuff and I think some people have not entirely wrapped their head around this "paradigm shift".

Of course this concept has been around for years with computer networks, but now we put the Internet into the mix. I don't even need to know (geographically) where my stuff is, I just need to have access to it. That way, not matter what physical piece of hardware I am using (iPad, laptop, desktop, etc.), all I need is an Internet connection.

Ahhh! Now I get it. Nobody mentioned clearly that Photobucket uploads your pictures on it's cloud storage.

ok so using this theory.... can i use my .mac account or idisc (apple's little bit of server that i call my own....) to store and draw pics for use with my ipad????

Happy as a toad in a tree!
I

Or as happy as two Siberian Huskies playing in the snow!

Z
Pictures from PC to iPad