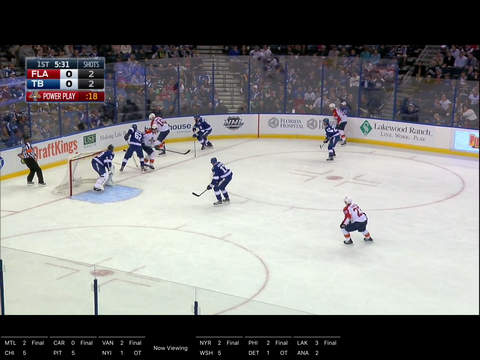 The National Hockey League (NHL) has updated its iOS application with a lot of new features, including full support for iOS 9 features like picture-in-picture mode on compatible iPad models.

The new NHL 7.0 app also delivers high-definition live video streaming at a silky smooth sixty frames per second on the iPhone 6 Plus and iPhone 6s Plus.

Furthermore, the app now allows users to subscribe to NHL Premium, a new package which brings the dramatic final minutes of NHL games, including 3-on-3 OT and shootouts, and extended highlight packages, and other enhancements.

The new NHL app also gets such features as closed captioning for live video, searchable video highlights, customized favorite team experiences and more. Here's how the full changelog looks like:

NHL 7.0 for iOS requires an iPhone, iPod touch or iPad with iOS 8.0 or later. Picture-In-Picture is available on the iPad Pro, iPad Air or later and iPad mini 2 or later. Some features required devices with iOS 9.0 or later.