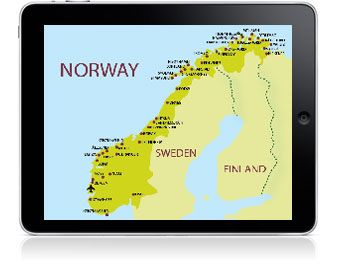 The Apple iPad has received and overwhelming response in Norway. Two resellers, Apple House and Humac have closed the ability to pre-order the iPad due to such a high early demand. According to a report from Apple House the top of the line iPad 64GB 3G version is the most sought after model with pre-sales in the thousands.
"It's been a crazy interest and demand for Apple's latest creation, iPad. Price and delivery for Europe will be ready in a short time, but in the meantime, we have chosen not to receive more pre-orders for now. Are you already on the list, keeping you naturally place in the queue, and we will contact you as soon as we know anything more."
​
{Source: ipod1.no, Apple House, via Google Translation}

Interesting and it mimic's my buying decision as well. Get the top of the line model so there is no regret down the road

lol. I dont live there so eh...dont care much.

I think I can understand the attraction. If lived in cold place I'd want a moblie media
package to. Maybe I should try to invest in a shop selling those iPod/Macbook external supplemental battries. Something like that has got to look more atractive now.
You must log in or register to reply here.

Apple Watch Pre-Sales Have a Rough Start; 6 Hour Sellout and Many Ship Dates Pushed Back to June