The largest and most interesting exhibit for me was the Jagged Path: the African Diaspora in Western North Carolina in Craft, Music, & Dance which had a standing 6-panel (2nd pic below) discussion of African American culture in the NC mountains, both slaves and freemen in the antebellum area. African slaves were brought to the area as early as the 1540s as part of the Hernando de Soto expedition. I was most interested in the music and dance portions of the exhibit, including the steel body guitar of Houston Stackhouse (1910-1980), who was actually a Mississippi born Delta Blues guitarist and singer; of course, the banjo, an African instrument plays such an important role in the music of the American Southeast, especially in Bluegrass music. Dave 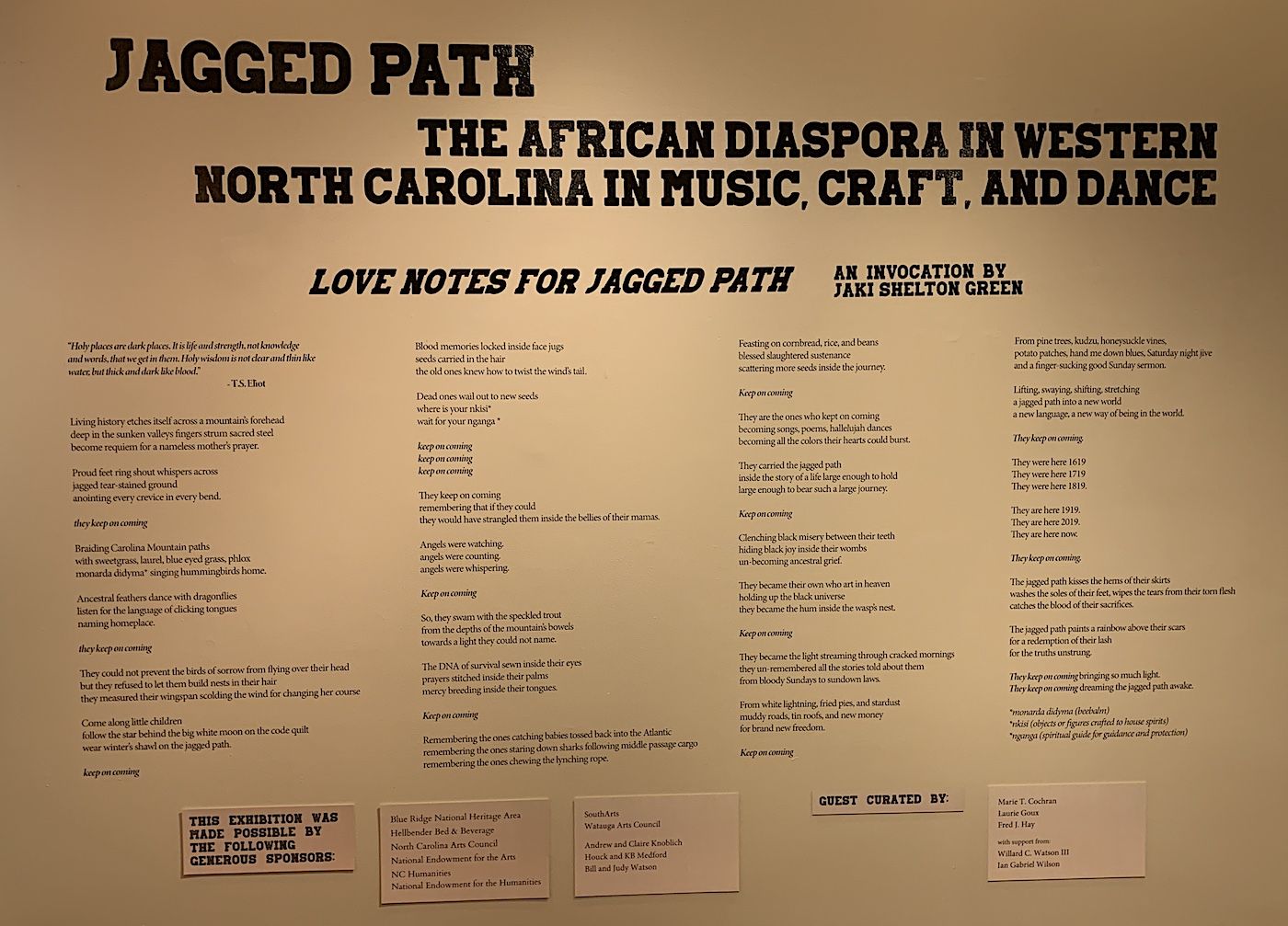 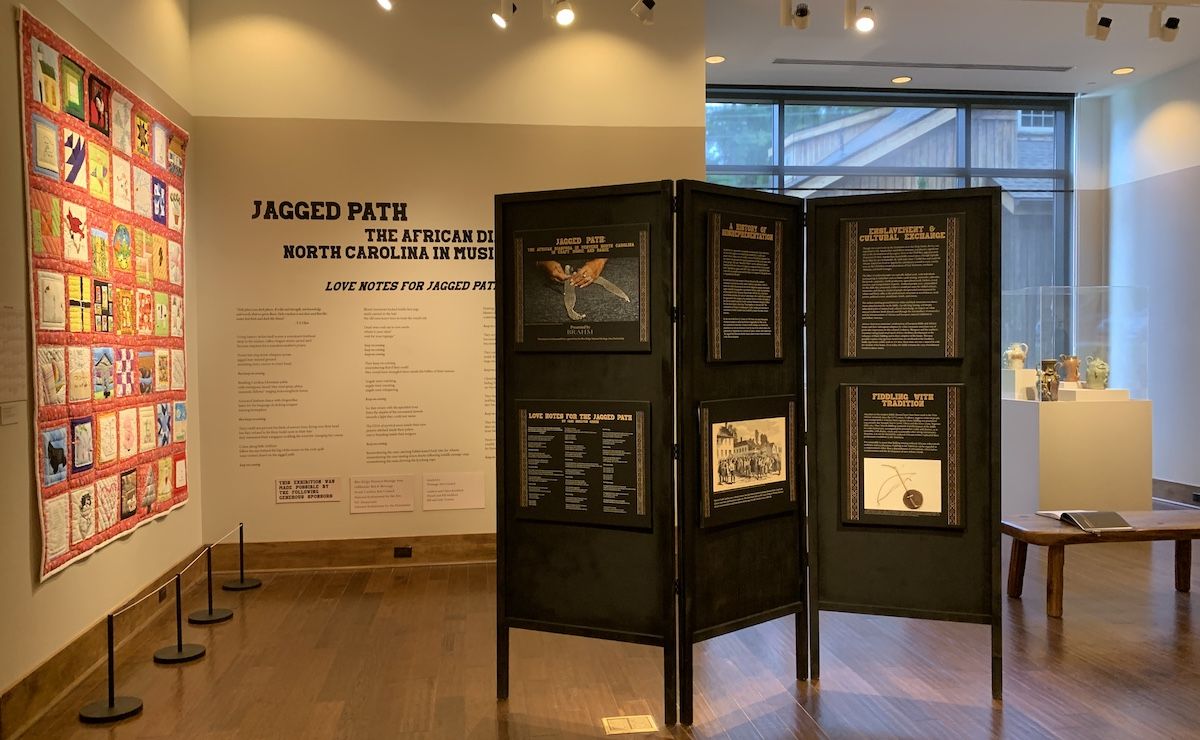 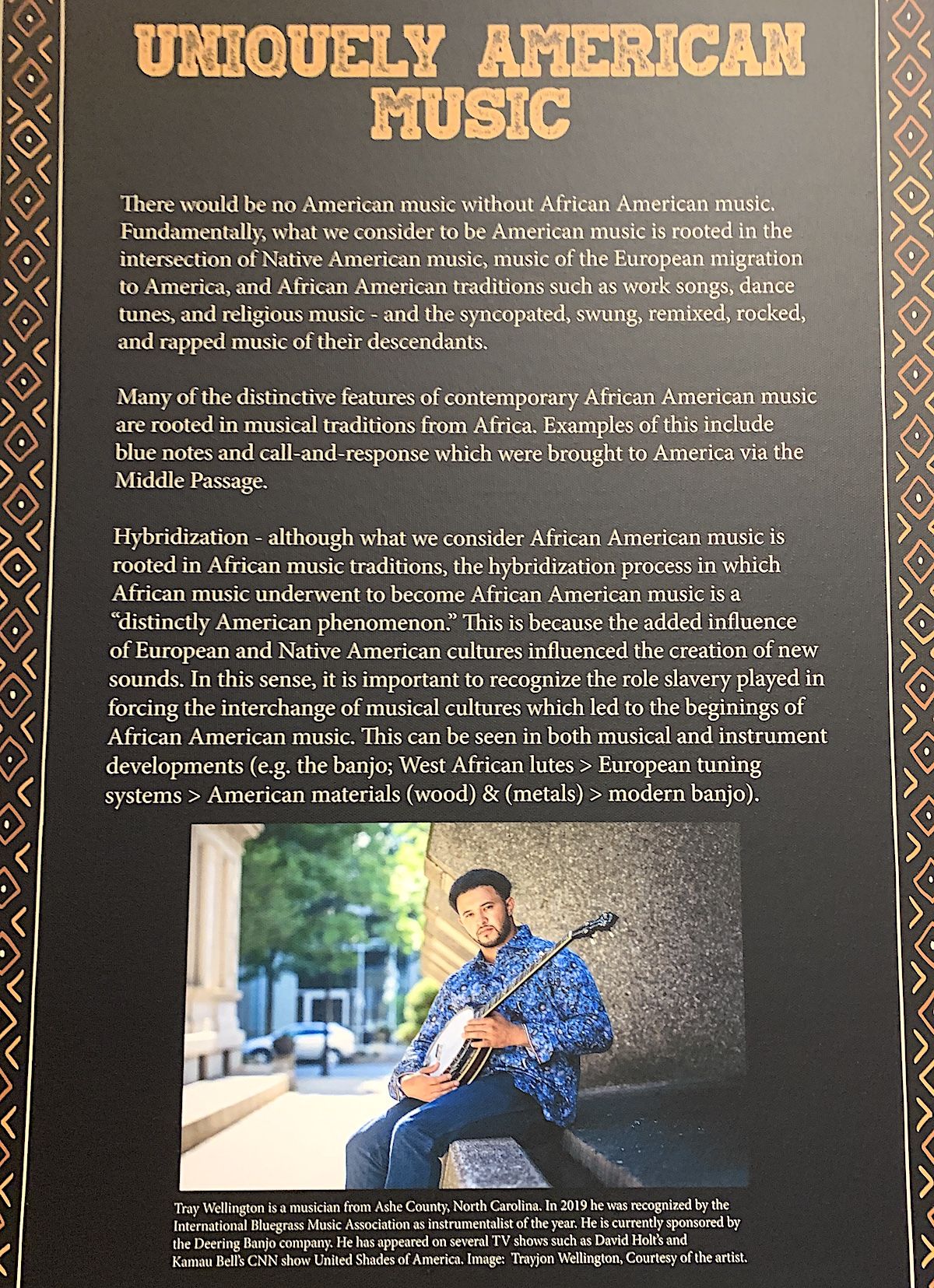 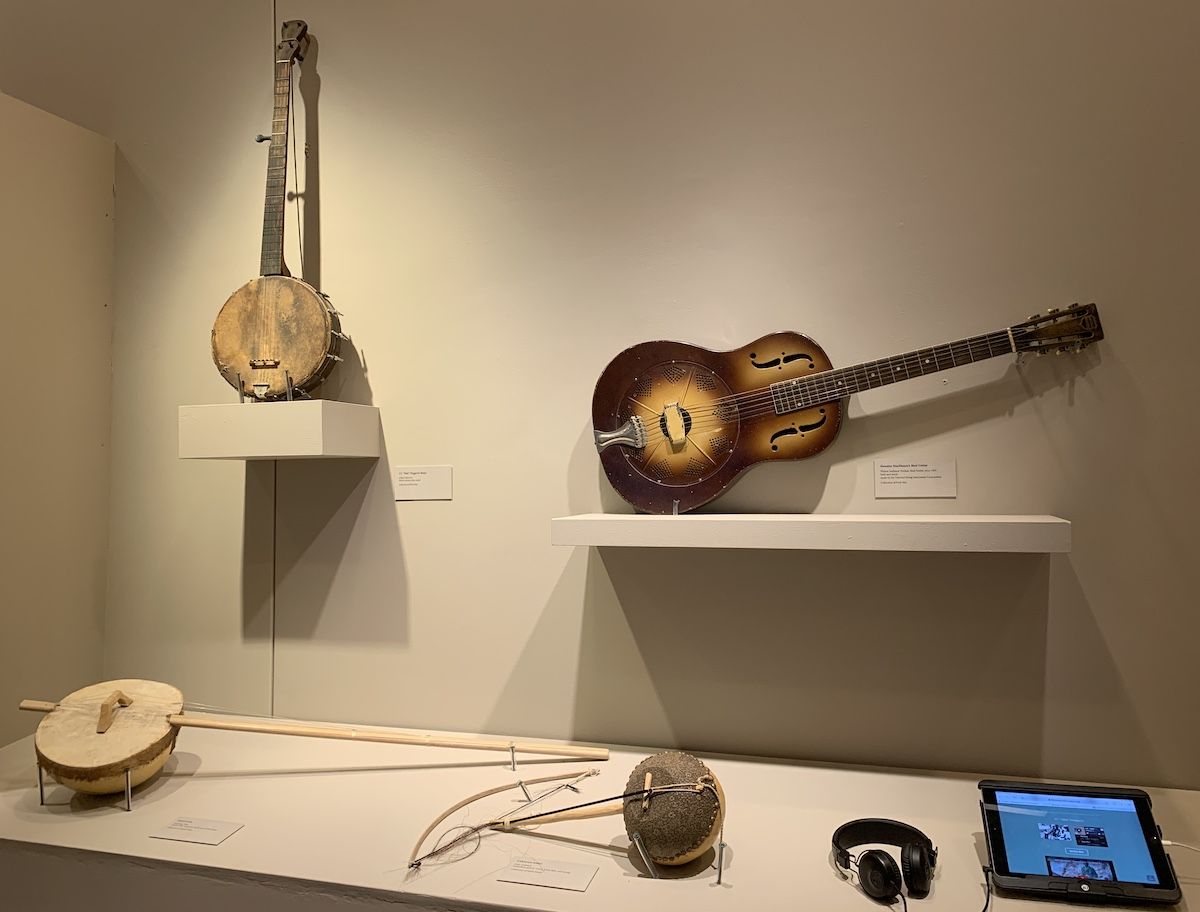 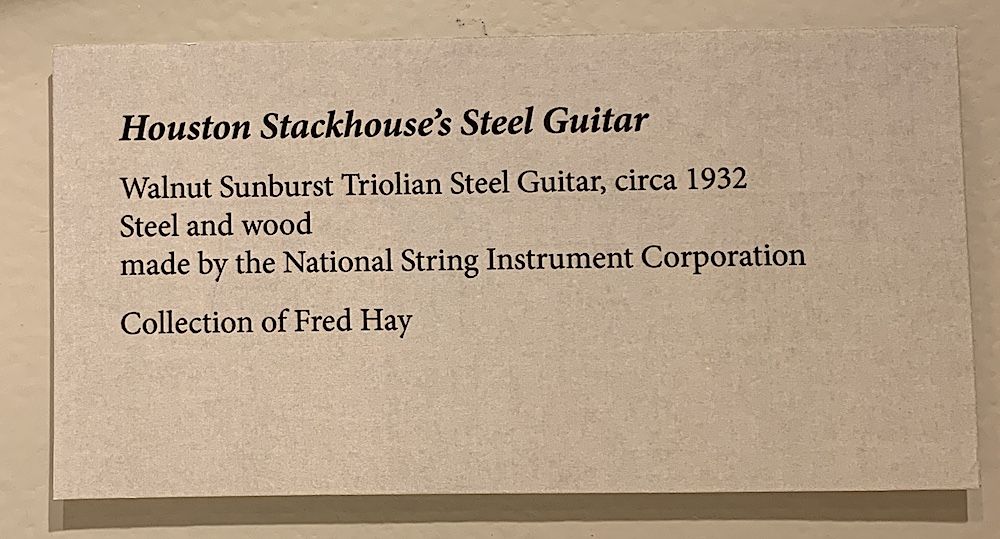 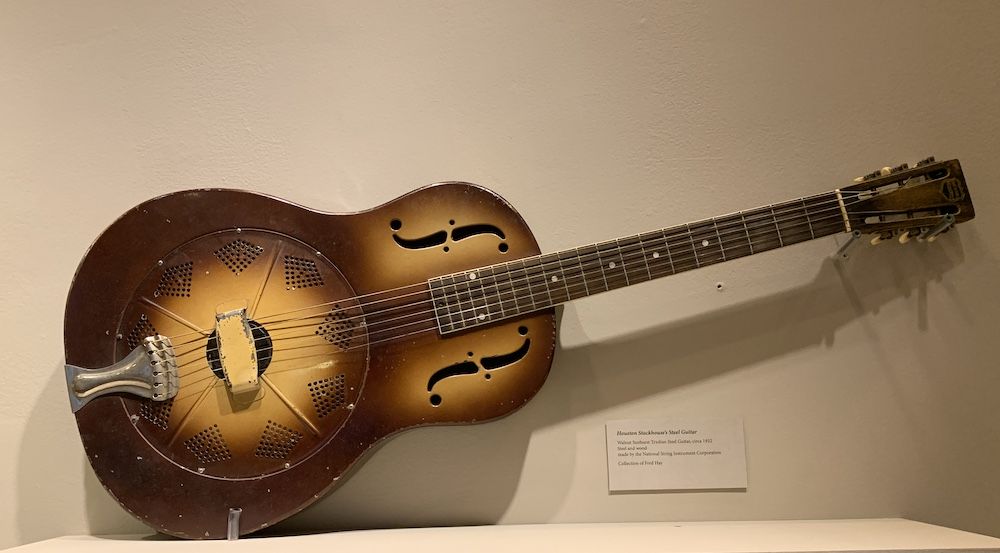 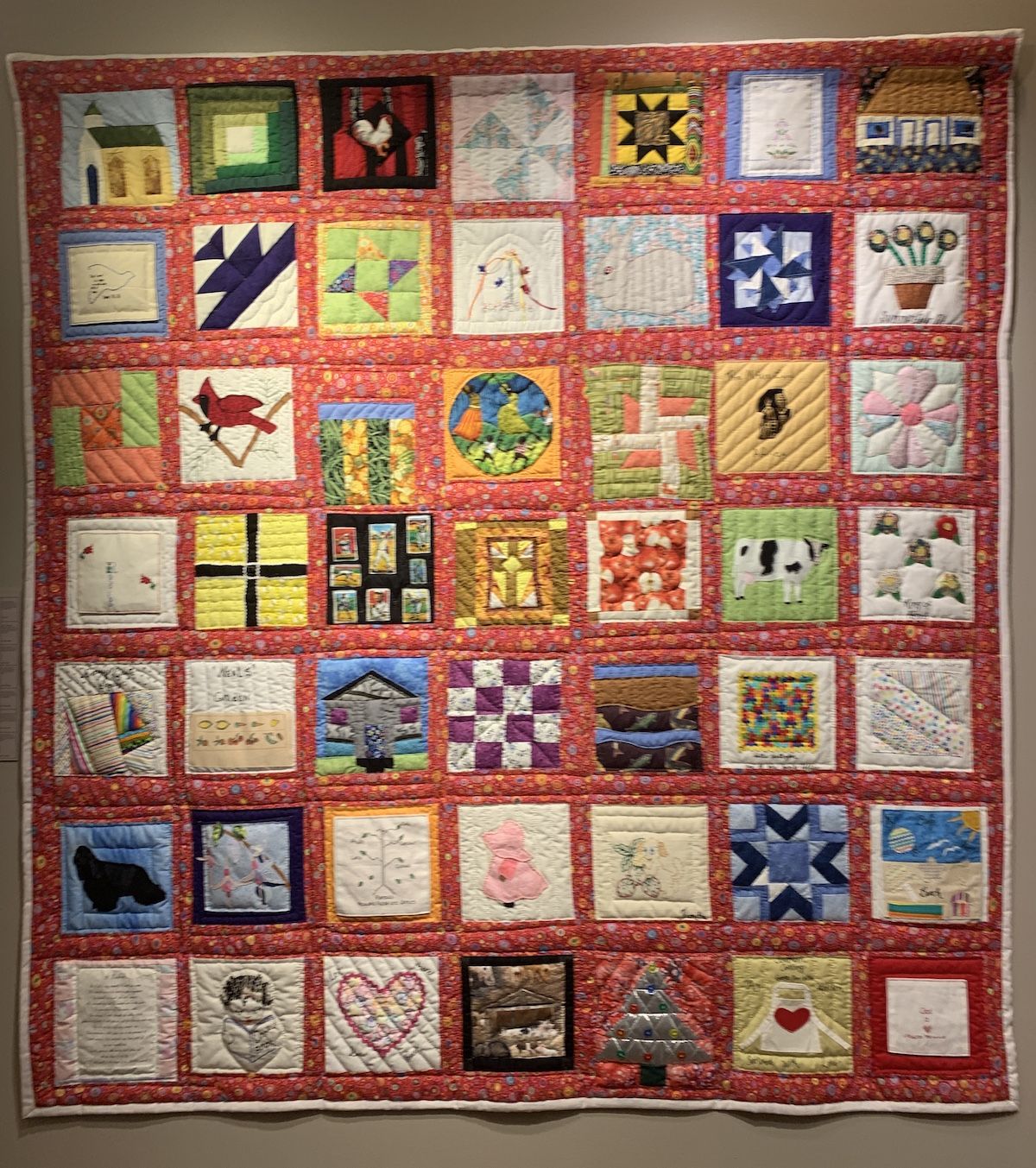 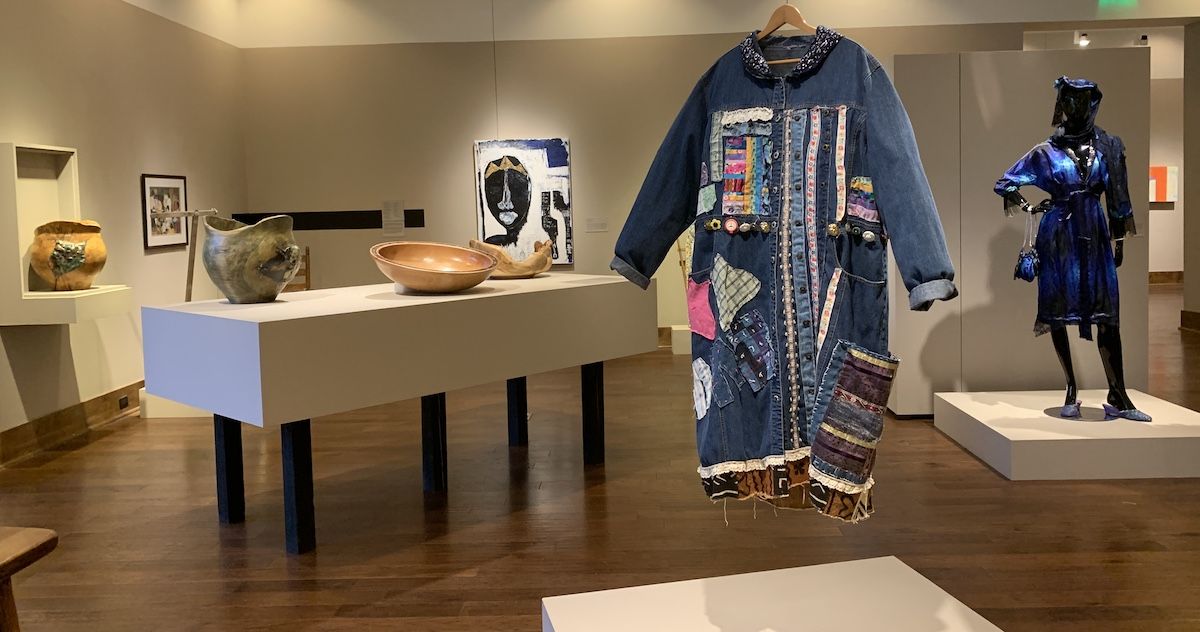 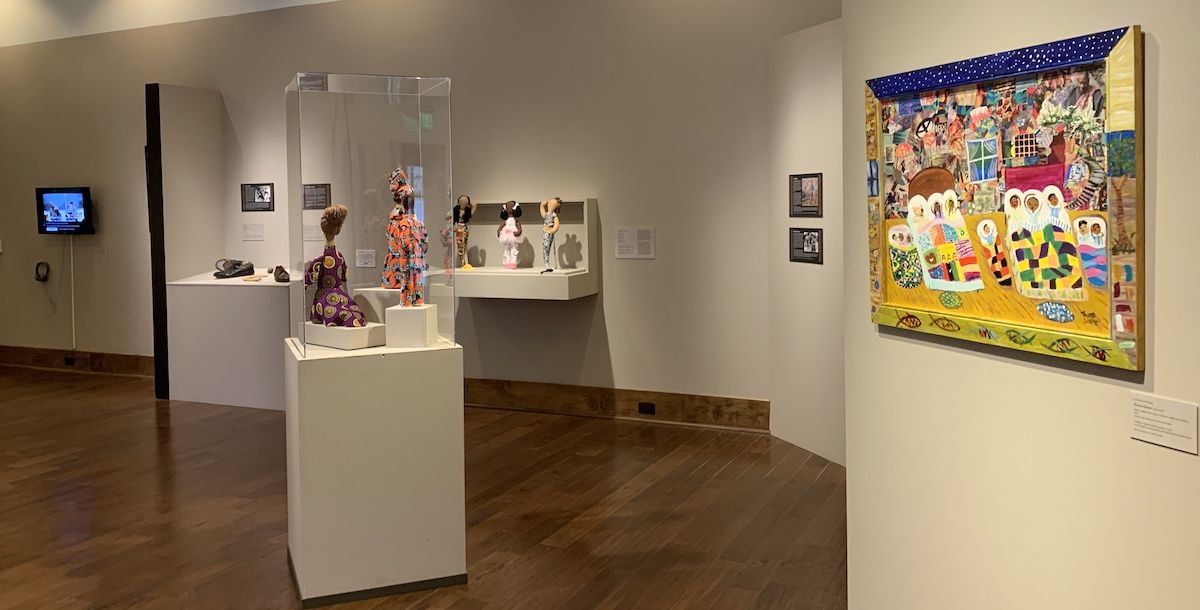 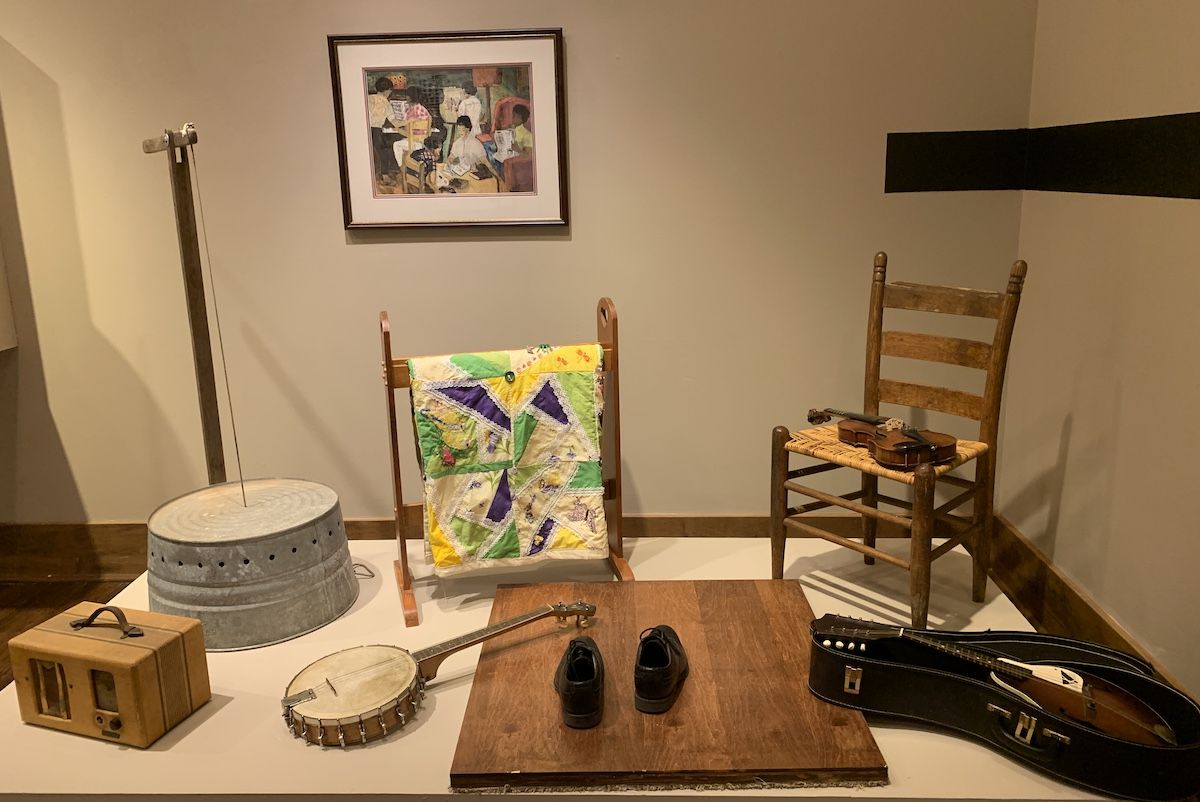