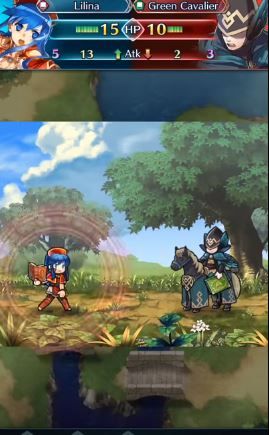 AppleInsider reports that Nintendo has just announced a mobile Fire Emblem game, which will be coming soon to iOS. This is the second of Nintendo’s five promised mobile games, with the first being Super Mario Run, which fared well initially, but has also had its fair share of criticism, in particular due to the controversial pricing structure.

The mobile-exclusive game is called Fire Emblem: Heroes, and will launch first on Android on February 2, with no iOS date set yet.

Heroes features the series’ classic anime style, with tactical role-playing character-collection gameplay with the player taking on the role of a powerful summoner. The storyline centers around two rival factions who are trying to win control of a mythical realm.

Characters available to summon include those from previous Fire Emblem games, as well as new characters exclusive to Heroes. Other familiar features that fans can expect to see in the new game include the sword/lance/axe attribute, triangle weapon strategy system.

This really does look very promising, and just the sort of game that Nintendo should be releasing on mobile, let’s hope they get the pricing right this time.