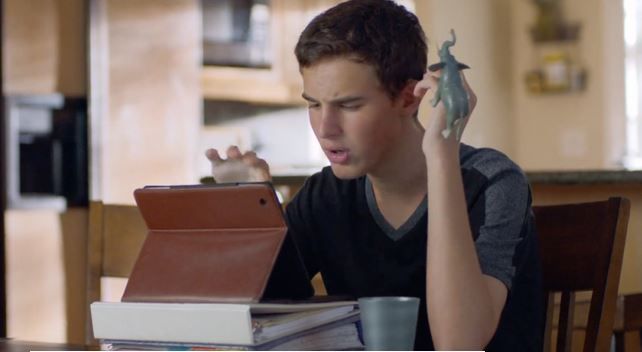 9to5 Mac reports that in support of Autism Acceptance Month, Apple has today posted two incredibly moving new videos that showcase how its technology can help those with special needs. The first video, Dillan’s Voice, tells the story of a teenager called Dillan who has autism and who is also non-verbal, and shows how he is able to use his iPad to help him get his thoughts across to his peers, his family, and his teachers.

Despite being non-verbal, Dillan has very deep and powerful thoughts that would be trapped inside him if it were not for his iPad, which he uses with an augmented communication app.

He has been using his iPad in this way for 3 years, and it has become an important part of his life.

The second video, “Dillan’s Path,” features interviews with Dillan’s mother and his communication partner, who both talk about what a huge difference technology has made to Dillan’s life.

Source: http://www.macrumors.com/2016/04/01/walmart-100-off-all-iphones/Activision
You must log in or register to reply here.

Brain damaged patient speaks again with the help of an iPad