AnandTech has published the results of some in-depth benchmark tests that it has conducted with the new 9.7-inch iPad Pro, writes 9to5 Mac, comparing it with not only the larger, 12.9-inch iPad Pro, but also various other Apple, Microsoft, and Android devices. Both iPad Pros manage to effortlessly top the leaderboards, either in first or second place.

Interestingly, Brandon Chester, who carried out the benchmark tests, found that, contrary to what you might expect, when it came to browser tests, the 4GB 12.9-inch iPad Pro actually had a very similar performance in terms of memory bandwidth in comparison with the 2GB 9.7-inch model. As you can see from the Kraken 1.1 test, the results were very similar. 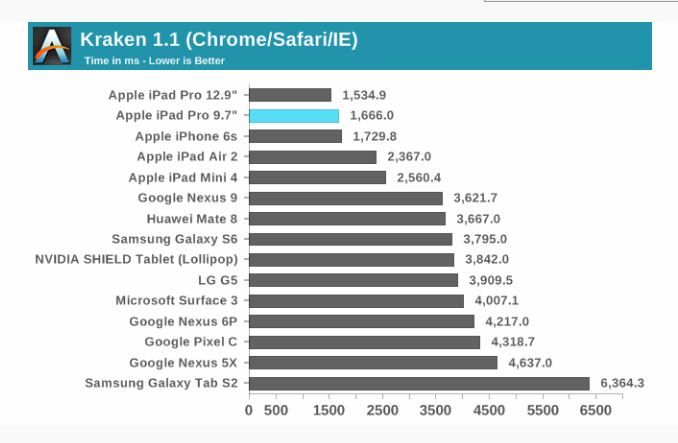 As far as games benchmarks were concerned, however, two benchmarks that compared frames per second show a much bigger difference in performance between the two iPad Pro models. 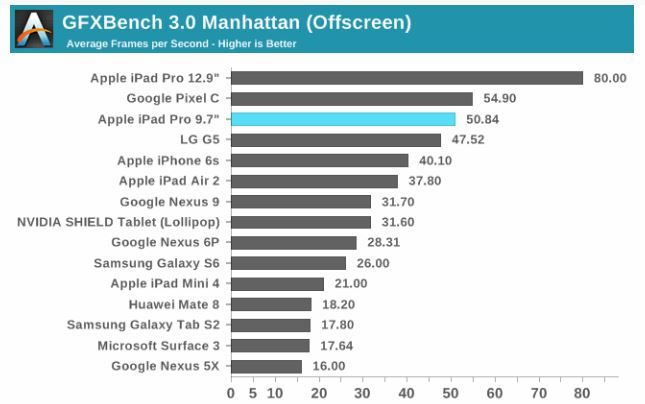 The writing to storage benchmarks show a big difference in write-speed, with the 9.7-inch iPad Pro performing noticeably better than the 12.9-inch version, which Chester puts down to the higher capacity model that he tested. 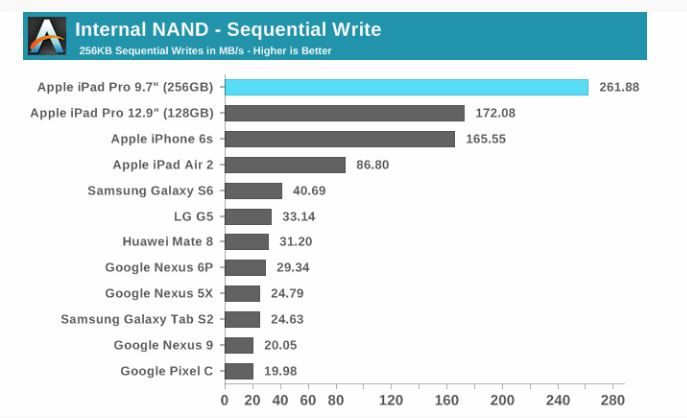 Overall, though, as all the benchmarks clearly show, and as Chester states in his review, both of the iPad Pro models are so far ahead of the competition that you can’t really go wrong with either model!


Source: Benchmarks show notable differences between iPad Pro models, but similar real-life performance
You must log in or register to reply here.