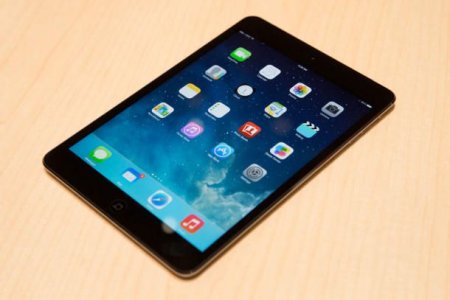 ​
The iPad Mini with Retina Display won't be in plentiful supply, like the recently launched iPad Air. This information doesnâ€™t come from analysts or journalists, but from Apple CEO Tim Cook himself. Now, according to a Nikkei report from Japan, the iPad Mini 2 shortages could be more serious than initially thought.

Because of low display yield for the upcoming iPad Mini 2, Apple has reportedly tapped Samsung to supply high-resolution 7.9-inch Retina LCD panels. Recently, Sharp was found to be the culprit for the rumored iPad mini shortage as it has a substantial share of panel orders at a reported 40 percent.

But Nikkei cites a DisplaySearch Japan analyst saying LG Display is also seeing yield issues who is actually the primary supplier. Therefore, Apple has been forced to deal with Samsung since it is one of the few companies capable of manufacturing quality Retina panels and on-par with Appleâ€™s strict instructions. And we all know about the rivalry between these two companies.

However, it seems that the Retina display panels Samsung will produce will arrive starting with January 2014, which means Apple could face tight iPad Mini 2 supplies over the lucrative holiday season.

The launch of Apple's iPad mini with Retina display is expected to happen on November 21, according to a recent product listing from Target.com. While that is not official, we know that Apple said they will launch the second-generation iPad Mini somewhere later in November. Letâ€™s hope they sort out bottlenecks in the supply chain before the commercial launch date.

Man! And isn't LG known to make some second-rate displays for the MacBook Pros?
You must log in or register to reply here.