I recently updated my iPad 2 to ios7. Today I tried to access Photostream and cannot find it - only camera roll. I have no hesitation in admitting that I don't/didn't know the difference.

1. How is it decided where a captured photo is filed?

It appears that my storage has over 2.2G of storage which I assume includes both Photostream and Camera Roll (5 videos(approx8 mins) and 77 photos) but

I'd appreciate some help in really simple language PLEASE!

PhotoStream has to be enabled in Settings - Photos & Camera to appear in the Photos app. It's possible that the photos that were there before the update won't be available any more, now that this feature was disabled for a while.

Photos you save to or take with your iPad are saved to Camera Roll by default.

PhotoStream is iCloud's offer to sync photos from one Apple device to another, if enabled. There's a limit to photos that will appear there: after 30 days and/or 1000 photos those that were made/loaded long ago will disappear. This happens automatically, you have no influence on it. During that time you're able to save the photos somewhere else, though.

You can remove pictures from PhotoStream, though: at the top right in My Photo Stream, tap "Select". Then check mark the ones you want to delete. That done, tap the bin sign at the left. This will show you how many pictures you selected, confirm with "Delete".

Many thanks for such a speedy reply.

Photostream was enabled. I must assume photos are lost.

When a photo is taken, does it go automatically to camera roll? I can't even see Photostream. When does it show and what decides when camera roll or PStream is used? From your reply it it would appear that Photostream is only employed when syncing but I did have it before I had any other apple device.

Can/should I download any photos I take (which I assume will be in camera roll) to my laptop and can they then be put onto a memory stick?

I expect the above totally confirms my ignorance!
Thanks

If My Photo Stream is enabled in your Settings, you'll find it in Albums view (see bottom of app), next to Camera Roll: 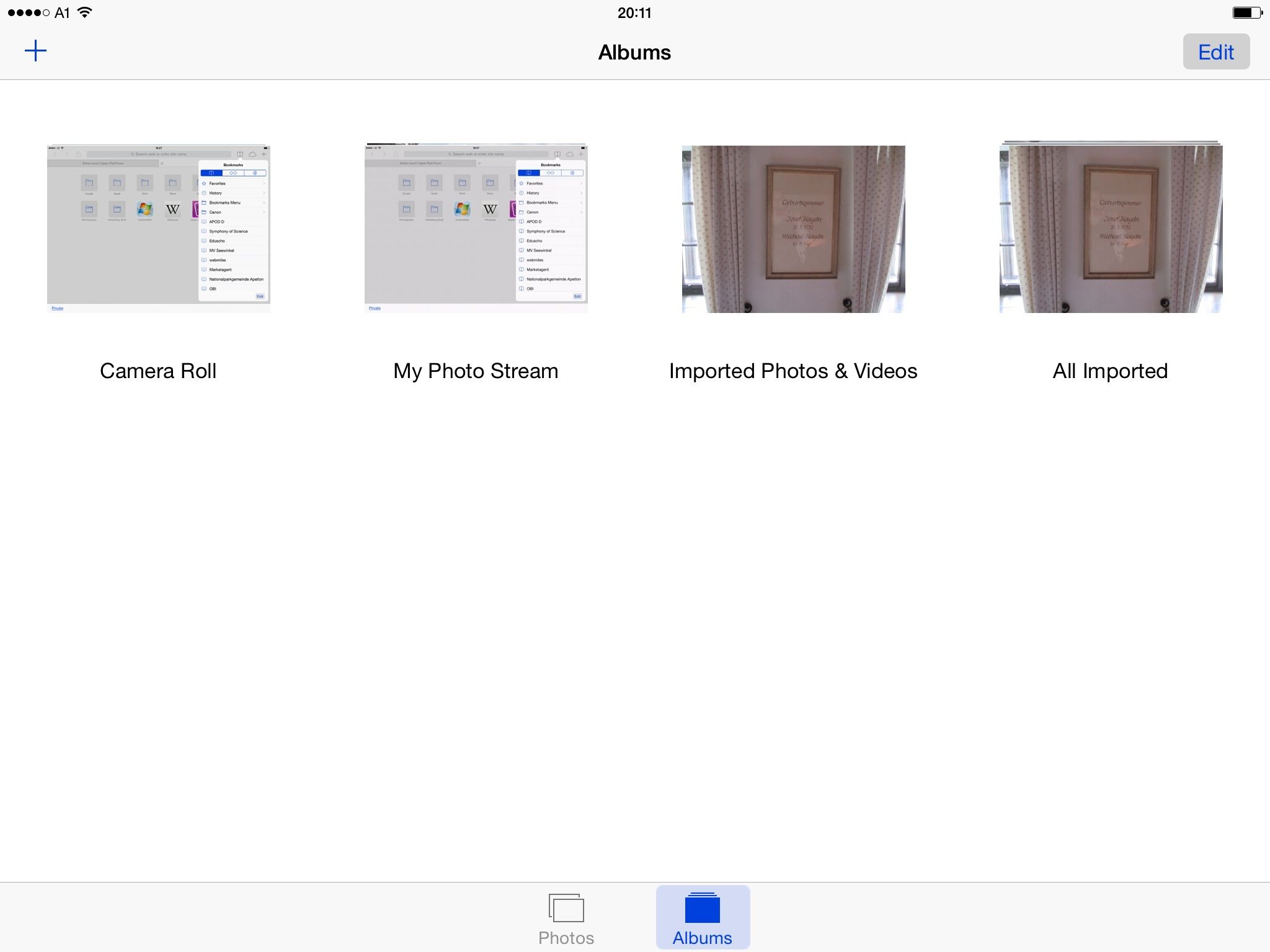 It's also possible to use it without a second Apple device.

Every new photo that's in Camera Roll, and, additionally, photos from every other album (photos that were imported from a camera, e.g.) will also appear in My Photo Stream.

If you want to get your photos to the laptop, there's an easy way to do it. If you download iCloud Control Panel to the laptop, the photos from PhotoStream will be imported to your computer. From there, you should be able to put them to a memory stick.
Here's the link for a bit more info: http://support.apple.com/kb/DL1455

Keep in mind that you'll have to save the photos in time.

There's another way to save photos from the Photos app: if you use cloud storage, such as Dropbox, Box, Google Drive, OneDrive, ..
The ones I mentioned all allow uploading photos from the app automatically. Dropbox only loads from Camera Roll, I know that Google Drive and Box also can load pictures from the other albums as well.

I have about 150 photos in my Camera Roll, and my usage is 4 GB. I don't have videos there. Maybe this will answer your question about usage.

A bit more info, just because.

While Photo Stream is a temporary holding place that makes it easy to copy photos from one device to another. When you enable it, it only copies new photos to other devices, not all the photos stored in Photo Stream.

Shared Photos Streams are albums that you can share, or not. You have to create albums and add photos manually. They reside in iCloud, but take up none of your iCloud storage space. When you turn Shared Photo Streaming it sync those photos to your device. All of them. Not just the new ones. Though it may take then a while to load the first time you open an album.

While it's more work than an iTunes synced album, I've started using Shared Photo Streams for all my permanent photos album needs. Unlike third party photo management apps, most third party media and productivity apps can access the Shared Photo Stream albums to import media.
You must log in or register to reply here.

B
How to view photostream album on IPAD 2?

How The Photos App & Photostream Should Work.