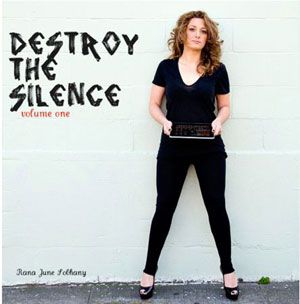 The sight of a club DJ rocking the dance floor with a MacBook or laptop alongside their turntables is by now a very familiar one to club goers, but could we soon be seeing DJs using iPads instead of laptops or MacBooks as a matter of course?

Dance music website inthemix has a very interesting story featuring American â€œelectro experimentalistâ€, Rana Sobhany, who claims to be the worldâ€™s first iPad DJ. On her fascinating blog, Blog - Destroy The Silence - iPad App Music Creation by Rana Sobhany, Sobhany details her quest to find out if itâ€™s possible to â€œrock the house for an hour using only two iPads and an iPhone using only apps downloaded from the App Store.â€

DJs are usually at the cutting edge of technology, and the iPad looks incredibly flash in a club setting, one would imagine, enabling the more flamboyant of them to put on much more of a show, so I can see DJs adopting it very quickly, provided the right apps are available.

She seems like a really fun, talented and down to earth person. Quite impressive what she can do with a couple of iPad's, would love to get the chance to see her perform live at some point!

love the title of this thread by the way, very creative!!
A

Was I tricked into this thread by a misleading title that has nothing to do with the news article? Or was this a typo...
K

I've allready bought some of these apps. I use the GrooveMaker on the iPhone and its fun and awesome.

Very cool, i'm excited because there are going tone amazing apps coming for music and art.... The iPad will be a great content creation device. Even thought the folks with blinders on can't see it...
K

it's actually a clever play on words, perfect for this thread
I

You were partially tricked...

The original phrase comes from a dance club song titled, " Last night a DJ saved my life".
You must log in or register to reply here.

M
Djay for iOS Goes Free for a Day