Earlier in Yunnan Province of China, a two-years-old child plunged into the 40ft shaft while playing with friends outside a small village near Mengzi City, in Yunnan Province. The concrete well's water level was more than 20ft below ground as mentioned by one of the rescue team.
Villagers raised the alarm after they heard him crying, tossing down a rope to which he clung for about an hour as they waited for the emergency services to arrive.
When the fire service arrived they struggled to pull the trapped toddler out of the narrow hole.
Emergency workers fed in a hose attached to an oxygen canister to keep the boy from suffocating, along with a line to hoist him up.
But as they had only harnesses designed for adults, the terrified child kept slipping from their grip.

Then, in a stroke of genius, the rescue team taped an Apple smartphone to a rope, lowering it into the narrow shaft so its video function could show them how best to loop the straps around the boy. Doctors at a nearby hospital said the boy was left bruised but not seriously injured.

Below is the incredible footage was recorded as firefighters in China used an iPhone camera to seek out a two-year-old boy who had fallen down a well. 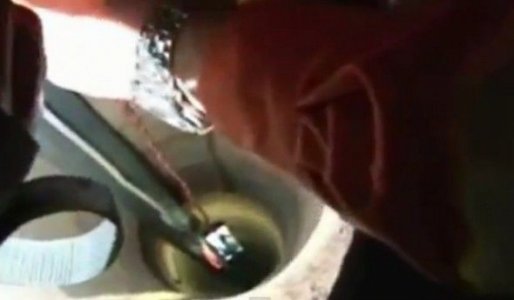 Sent from my one and only original iPad using iPF
OP

Sent from my one and only original iPad using iPF
Click to expand...

Yes I do agree with you. We should know how to untilize our technology in a smart way instead of playing games only (although it is fun)...^^
You must log in or register to reply here.

Laws Vs Ethics (法制 Vs 自性）: The Fact of Wikipedia to be blacked out