iPad-4 will it get more slimmer ?

Well, I am still to get my hands on the New iPad as it is still not available in my part of the world. But I have been reading lately about the Thickness and the weight between iPad-2 and the New iPad which is just marginal, but a lot of people find it noticeable. I had plans to get the iPad-3 from abroad but people have suggested me otherwise because if I had any problems be it Techical issues, Defects anything I will not be able to get any support or replacement here as the product is not launched here.

So meanwhile there was this passing thought in my mind, what if some one passes on the iPad-3 right now, hoping that the iPad-4 will be more slimmer in weight atleast to what the iPad-2 was ! Which according to me was the perfect weight though I have still not held iPad-3 in my hands so cant really comment on how bulky iPad-3 is, But People are already feeling the weight. Now I do understand the iPad-3 with such beefed up specs and Display could not have managed with the iPad-2’s battery and hence the Bulk of the Battery. But if you guys recollect there was this talk about Apple talking to sharp for IGZO displays which would have achieved Retina Display with the required Pixel Per Inch at the same time not adding to the Bulk of the battery.

So if were to talk about now that the iPad lineage has reached its optimum I mean now everything is there, what else could it get? better display, better battery, better GPU. I don’t think Apple will experiment with its size. So Now the only desirable thing left is maybe if it was slimmer if not dramatically atleast to what iPad-2 is. So how realistic is this thought that maybe iPad-4 will be slimmer than iPad-3. Which I think is now only possible if Apple changes the Display Technology used because, had it been possible in the current Display they would have already done it. So now only if it is IGZO or something similar, can it get slimmer and in other respect I think the iPad Family as a product has reached the optimum isn’t it ?

To be honest, the size/weight differences are miniscule. I would actually prefer it be a little thicker and heavier than it is currently, but that is just me.

It's probably subjective. I too would like to see a thinner nd lighter design, which is basically what designers work to achieve.
But like the iPod touch - I have a 1st gen, which to me is the ultimate design of the range. All other body shapes were just playing around with variations. I fear the iPad will do the same until the next new product is released to replace it.
OP
A

But If I were to get the iPad-3 now, And if Next Year Apple would be to come out with iPad-4 which is absolutely the same, except for it being thinner and lighter. As they did in iPad-1 and iPad-2 I would get pretty annoyed with myself for having made the purchase with iPad-3 then when I would look back

So you think other than the shape the ipad1 and 2 are 'absolutely the same' ?
Z

augustya said:
But If I were to get the iPad-3 now, And if Next Year Apple would be to come out with iPad-4 which is absolutely the same, except for it being thinner and lighter. As they did in iPad-1 and iPad-2 I would get pretty annoyed with myself for having made the purchase with iPad-3 then when I would look back
Click to expand...

So you've never bought any technology? Because every year there is always a new model that is either smaller faster or cheaper.
Sure you can get the better version in a year from now, but by then you will have figured out that a newer model will come out the following year and you will never get one.

Also the new iPad is heavier than iPad 2 by about the weight of a box of smarties.
OP
A

sjleworthy said:
So you think other than the shape the ipad1 and 2 are 'absolutely the same' ?
Click to expand...

Yes they are aint they ? iPad-1 is heavier than iPad-2 what else is different between those maybe the processor here and there...
OP
A

zphone said:
Also the new iPad is heavier than iPad 2 by about the weight of a box of smarties.
Click to expand...

is that a North American Idiom ? Didn't quite understand it !

augustya said:
Yes they are aint they ? iPad-1 is heavier than iPad-2 what else is different between those maybe the processor here and there...
Click to expand...

A processor here or there is massive. The performance difference between the 2 is really noticeable. And the web cams.

I cannot tell that it is heavier...I cannot tell, other than how some of my cases won't fit, that it is thicker. Even the iPad2 could be heavy in your hand, compared to a Kindle e-book reader or a Nook Color, both of which I owned while owning the iPad 2.

I would say there is a reasonable chance that the next iPad will lose a bit of weight...but would I wait a year for that? Absolutlely not. I need the new screen now. And I will enjoy 4G now.
OP
A

I don't know how much have you read about the IGZO Display but only with that Apple could have acheived a more slimmer iPad as that Display doesnt require a hefty battery, and that is apparently not ready. So I dont know if any of you here agree but if Apple were to keep this current Display technology which is there right now in the iPad-3 which is the IPS Dual Led Display I dont know if they can still come out with a slimmer iPad, had that been the case they would have already done it in the New iPad, isn't it ?

So My feeling is It has ot a be a Retina Display which is entirely based on a different display technology which can help iPad lose weight !

Once the tech is ready...and if it is affordable in the quantities that Apple will contract for, then I do believe they will use it to make their devices less power hungry. It is all a question of whether the tech is ready (can be made reliably and in the right numbers at the right cost)....they will always push to deliever the best in tech. But it all has to make sense technically and economically.

But the iPad is not in serious need of losing weight. You will always find someone to complain about something.
B

augustya said:
is that a North American Idiom ? Didn't quite understand it !
Click to expand...

I'm a native North American and I too don't understand "the weight of a box of smarties".

augustya said:
is that a North American Idiom ? Didn't quite understand it !
Click to expand... 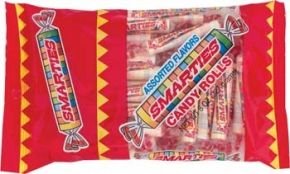 lol !
You must log in or register to reply here.

A
What Kind of Display Screen Would you like to see in the iPad-3 ?

iPad 5 rumored to be significantly lighter and slimmer
2

Jul 9, 2013
Kaykaykay
K
A
is Apple planning for The New iPad to go through a complete overhaul ?
2