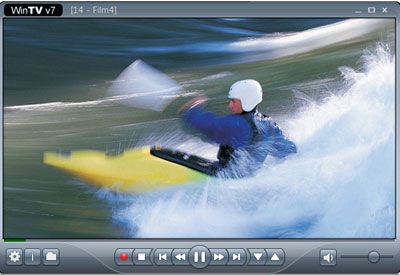 Just hours after TV tuner products developer and manufacturer Hauppauge announced that their tuner boards can now stream live TV over the Internet to the iPad, iPhone and iPod touch, and any Apple Mac that supports the Safari web browser, Reuters reports that Hauppauge saw a huge boost to its shares, as they rose more than 60%. Such is the magic Apple effect!
Live TV for the Apple devices is provided by Hauppaugeâ€™s Win TV Extend, a feature of Hauppaugeâ€™s new Win TV v7.2 application. Win TV Extend transmits live TV to internet and Wi-Fi connected devices such as the iPad, and the Win TV v7.2 application provides live TV and TV recordings to PCs equipped with a Hauppauge Win TV-HVR TV tuner.

Win TV Extend takes the live TV signal and transmits it over the internet, where it can be received by the iPad and Appleâ€™s other devices. This means that once youâ€™ve got it set up and running on your PC at home, you can be anywhere in the world and have live TV from your home sent over the Internet to your Apple deviceâ€™s screen, which is pretty amazing when you think of it!

The Win TV v7.2 application, including Win TV Extend will soon be available directly from Hauppauge for $9.95. Current owners of Win TV-HVRs should note that they will be able to upgrade to Win TV v7.2 via the Hauppauge website.

Sad thing is that the 7.2 software is not available for pay download!
I'm still waiting on my $10 cd-rom via snail mail.
You must log in or register to reply here.

Verizon's FiOS Puts 600 Channels of Live TV on Your iPad