Google Wallet for iOS has Been Updated to Support Touch ID 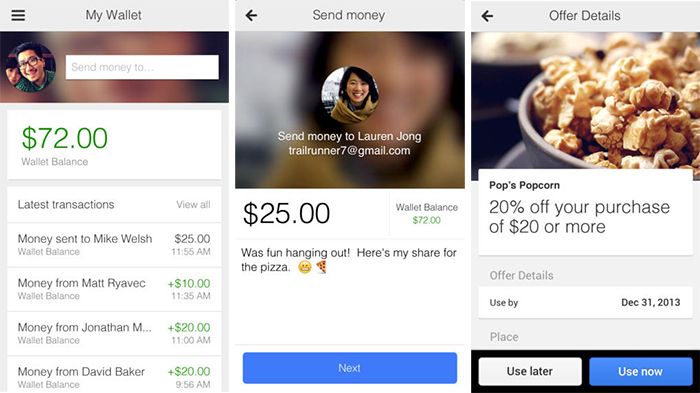 Google Wallet is a mobile payment system developed by Google that allows its users to store various card types, and redeem sales promotions on their mobile devices. And starting with the May, 2013, Google also announced the integration of Google Wallet and Gmail, thus allowing users to send money through Gmail attachments.

And now the search giant has issued another important update that is really useful to iPhone and iPad users. The most recent version of Google Wallet (follow the link at the end to download it) has been updated to support Touch ID.

Thus, by using the updated app, instead of entering a PIN to open Google's mobile wallet app, you can now choose to authenticate with the touch of a finger. Thus, not only will you be able to login faster from your iPhone or iPad, but you will do it more securely.

Google has also added the ability to split a charge between multiple people, which is a feature that rival services such as Venmo and Square Cash have had for a while. Google Wallet has been recently optimized for iPhone 6 and 6 Plus, as well, and has added some additional Material Design lines across the app.

The updated app now allows users to access their loyalty cards and gift cards even when they are offline. Google has also fixed a problem that was preventing some users from opening the application.

M
Google Plus Gets iPad and iPod touch Support via Update