Clingmans Dome is the highest point in the Park and in Tennessee (at 6,643 ft), and is located near the TN-North Carolina border - it's the 3rd highest point east of the Mississippi River, as described below. My last visit was 20+ years ago - there is a half mile paved moderately inclined path to the observation tower and worth a visit; however, would have been a good 4 hr trip there and back after our Cades Cove lunch; the group decided an afternoon rest in the cabin was their preference; but, below just a few pics from the web of the Dome and view, which is spectacular. Dave

P.S. We had brought some bison filet mignons and Susan's grill pan, so 'ate in' that night and watched a movie later in the entertainment center.

At 6,643 feet, Clingmans Dome is the highest point in the Great Smoky Mountains National Park. It is the highest point in Tennessee, and the third highest mountain east of the Mississippi. Only Mt. Mitchell (6,684 feet) and Mt. Craig (6,647), both located in Mt. Mitchell State Park in western North Carolina, rise higher. The observation tower on the summit of Clingmans Dome offers spectacular 360° views of the Smokies and beyond for visitors willing to climb the steep half-mile walk to the tower at the top. (Source)
Click to expand... 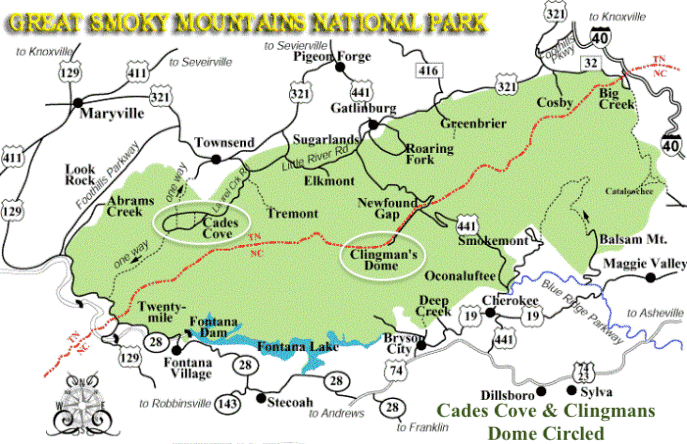 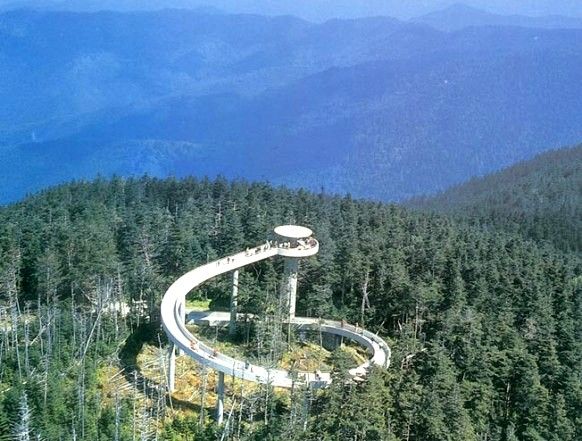 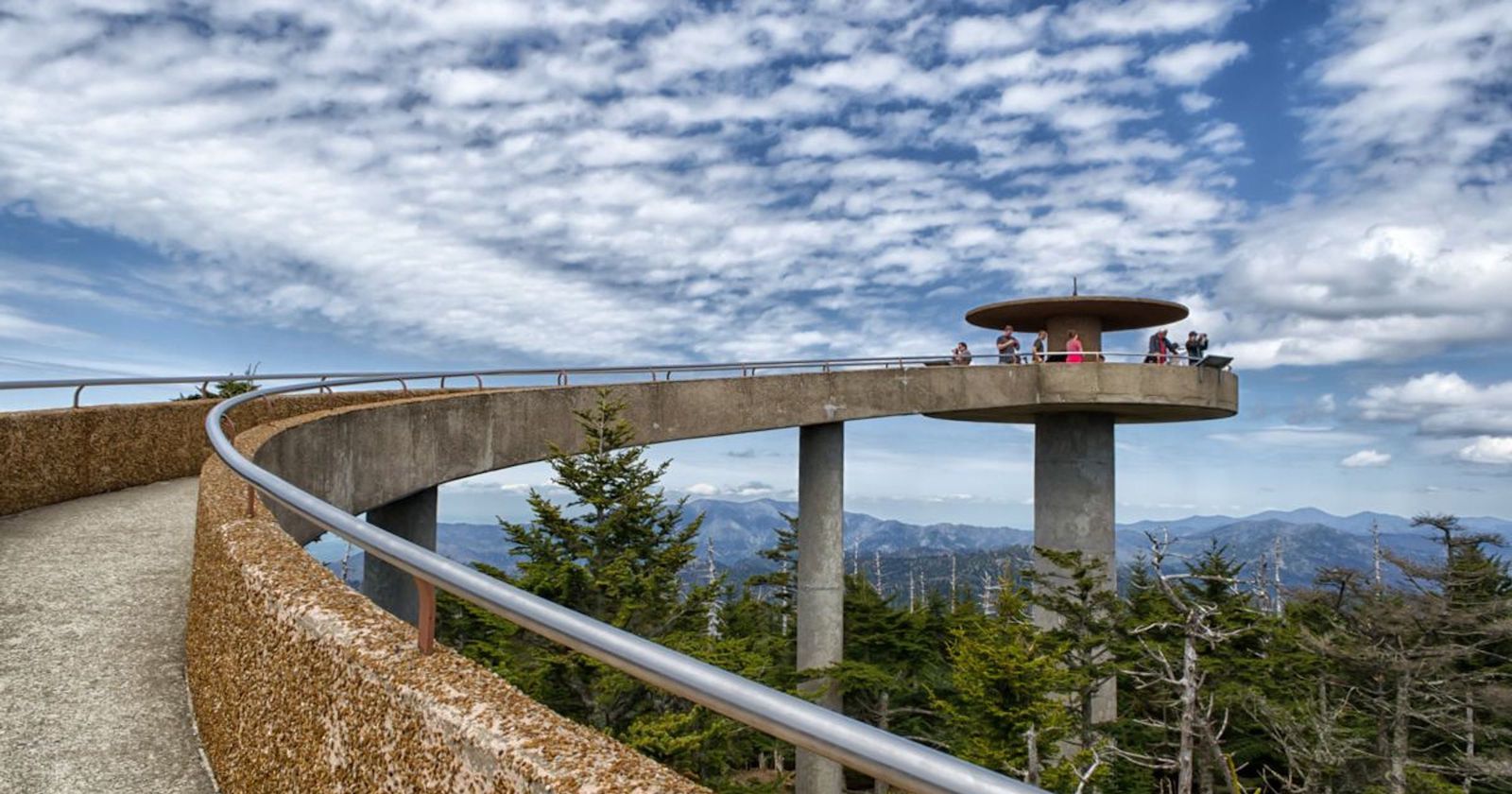 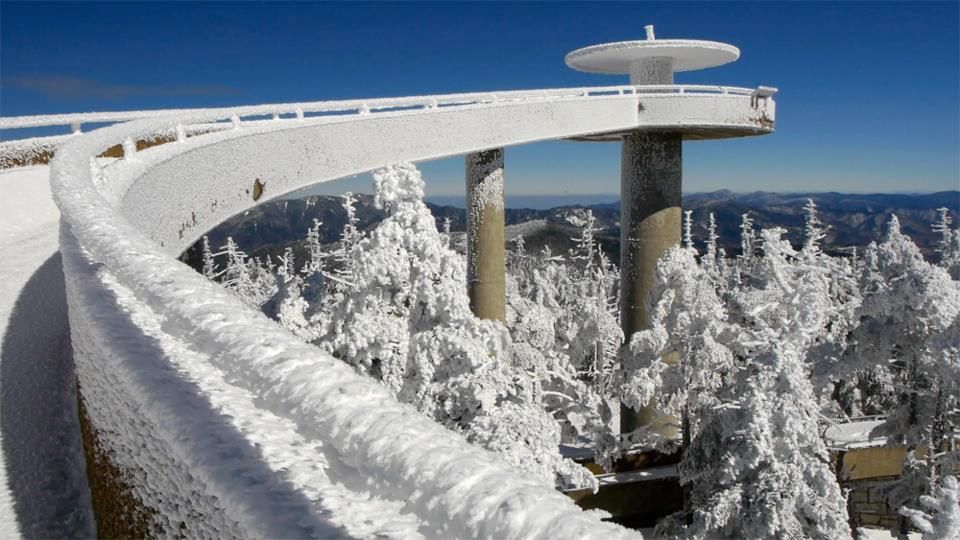 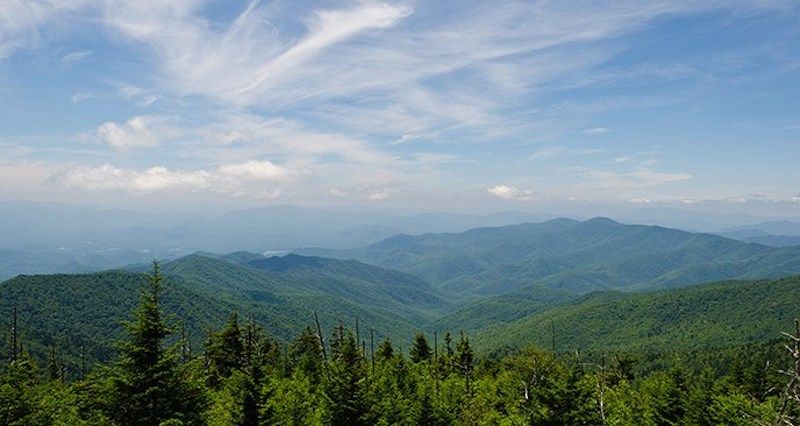 As many know, Dolly Parton is a country music legend and Hall of Fame member - she was born in Pigeon Forge, Tennessee and has contributed much to the community, most recently in the devastating fires in the area in 2016 discussed earlier in this travelogue. She also has a number of attractions in Pigeon Forge (and elsewhere, such as Branson, Missouri), including the Dolly Parton's Stampede, a dinner variety show emphasizing equestrian acts, but also other animals, comedy, and more - show is about 90 minutes long; also, as quoted below from a news article dated 2015, a major expensive renovation of the venue was done.

Based on our son's YouTube research, he purchased us tickets to the show - I was dubious having just attended (and enjoyed) one show in the Gatlinburg area over many visits - we were all pleasantly surprised and entertained. The acts included all sorts of animals, even bison, but mainly horses; other activities were comedy routines, audience participation, an aerial presentation w/ a flying actor attached to a ceiling wire. The dinner (pic below) was quite good - mushroom soup & cheesy fresh biscuit, small herb-flavored whole roasted chicken, piece of pork (a little dry for me), fresh corn on the cob, baked potato slice nicely buttered, and an apple pastry dessert. Susan even wanted the pictures of us taken on entrance - the package included multiple pics, key chain/magnet, and code for a download of the images - last two images of us w/ our son and DIL (yes, he's much taller than me - as is Susan's brother). Overall, a recommendation from me, but, if interested, look at reviews and watch some YouTube videos. Dave

PIGEON FORGE, Tenn. –-Dolly Parton’s Stampede opened this past weekend after a $2.5 million dollar renovation. In addition to new lighting, music and special effects, there is whole new scenic backdrop for the show including a wall of 12.5 million LED lights. A new aerial act has been added the show. “This has been the largest project we’ve undertaken since opening here in Pigeon Forge in 1988. Our team has been hard at work over the past few years, planning these enhancements and making sure we get everything just right,” said Jim Rule, president of Dixie Stampede. “After watching this weekend’s shows and seeing our audiences’ reactions, we’re extremely pleased with the results.”Dixie Stampede features friendly competition between the North and South with a heavy emphasis on equestrian elements.While watching the show, you eat a four course meal including a whole rotisserie chicken. (Source)
Click to expand... 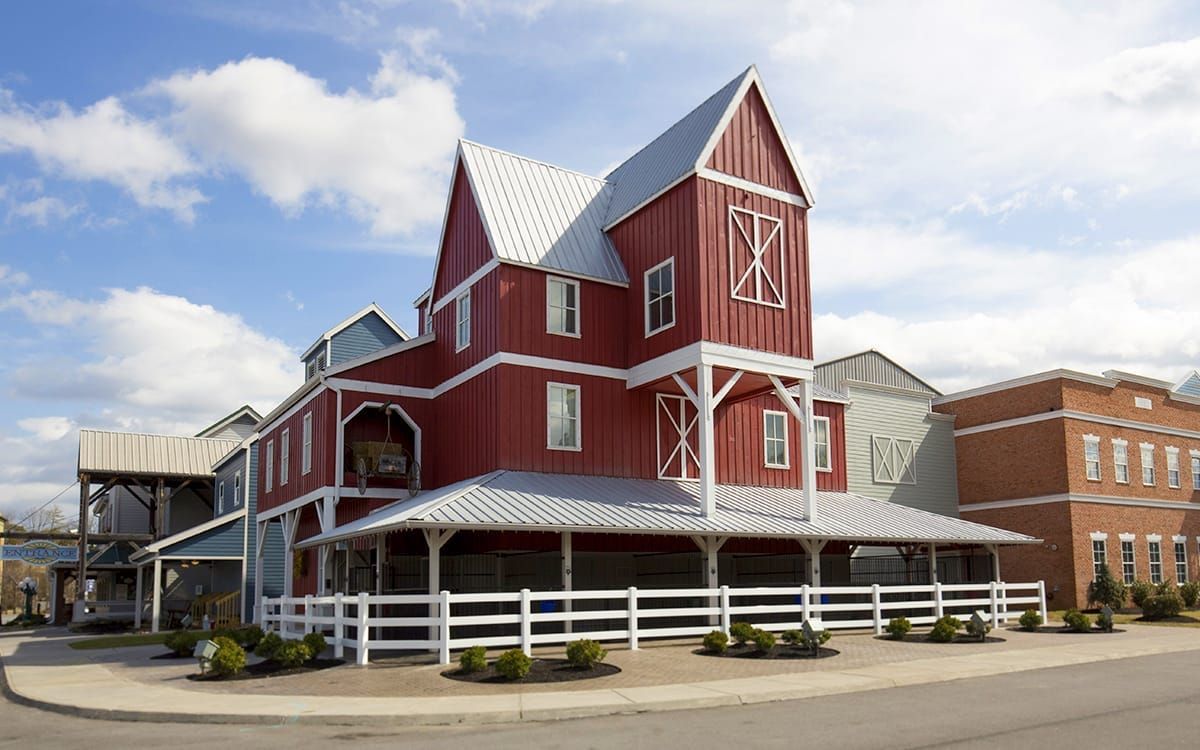 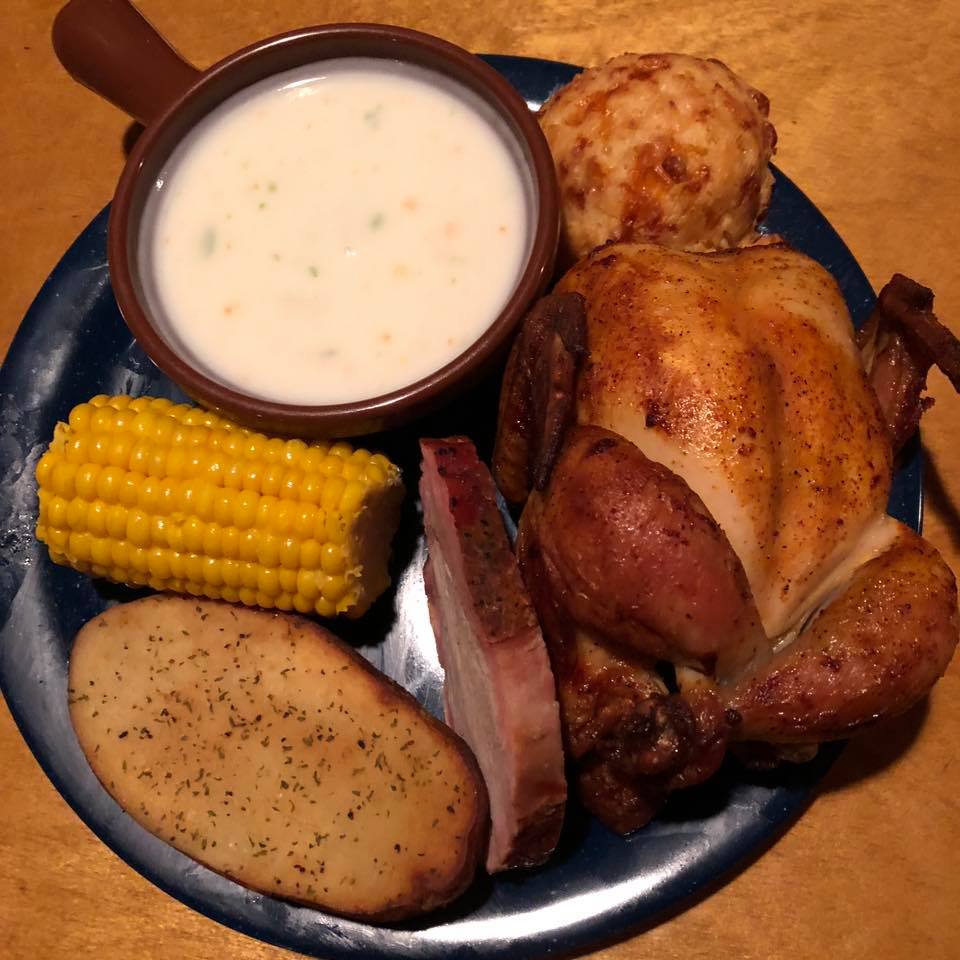 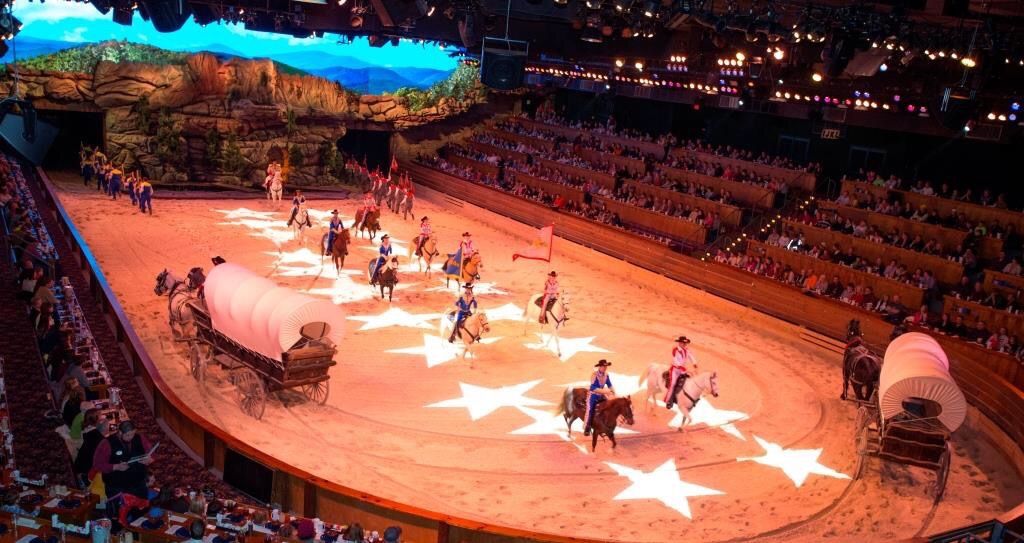 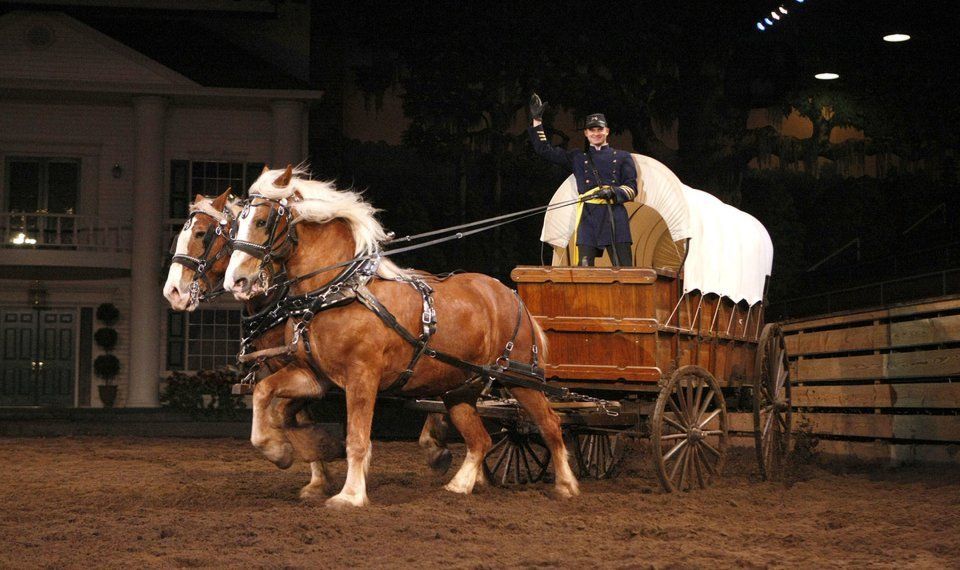 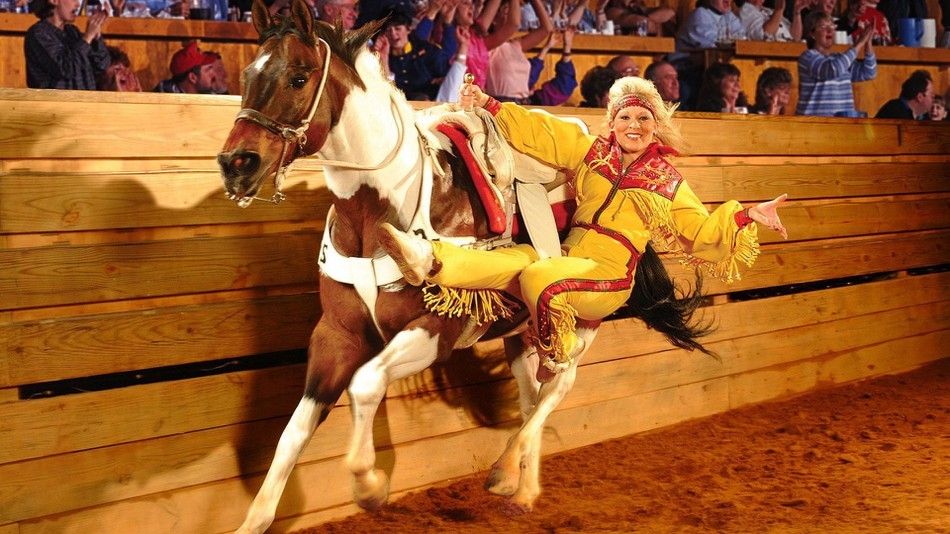 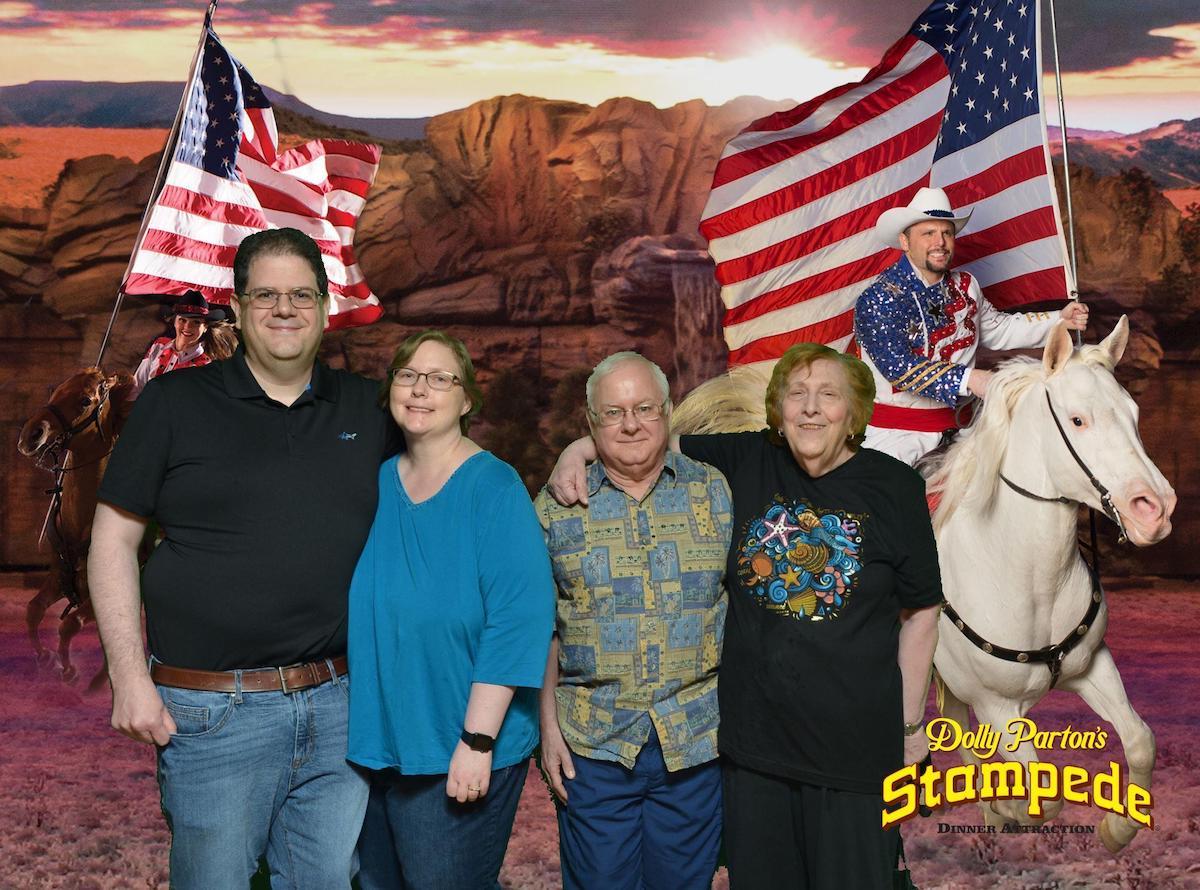 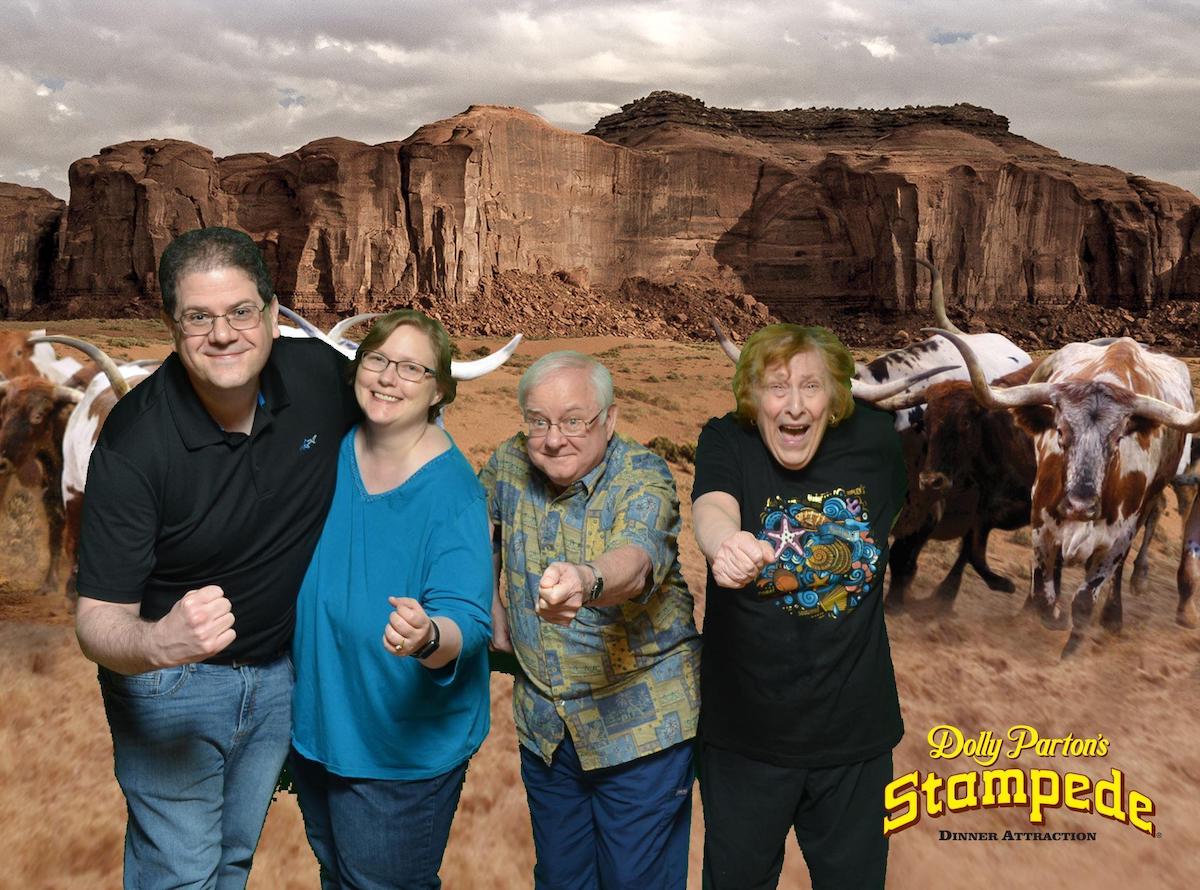 Hi Jon - welcome to the forum! And thanks for your comments - as you likely noticed, I use a combination of my own pics and those that I search for on the web - have a LOT of travelogue threads in the Travel Section; if interested, take a look and add some comments. Dave
Last edited: May 23, 2019
OP

Reunion in Knoxville after 2 1/2 years!

We've not seen our son and DIL (who live in Indianapolis) in 2 1/2 years nor our 'granddog' Brody who is now 3 years old (saw him at about 6 months in the late fall of 2019 - then COVID hit early the next year). Well, we decided on a reunion by meeting somewhere in-between - picked Knoxville, TN - a little farther drive for them. Stephen, our son, found a beautiful house in the western suburbs of the city near Oak Ridge (the atomic town featured previously in this thread). The house and neighborhood are shown in the images below - 5 bedrooms, 3 1/2/ baths, basement media center w/ game consoles, really meant for 2-3 families w/ kids.

Ate in last night w/ some delivery food, likely our plan for the 4-night stay - don't believe that we will do much (obviously dog limitations at the sights and in restaurants) - no problem, Susan and I have been here several times and have seen most everything - BUT for those reading this thread and may want to visit, there are numerous posts of mine w/ the attractions. Dave
. 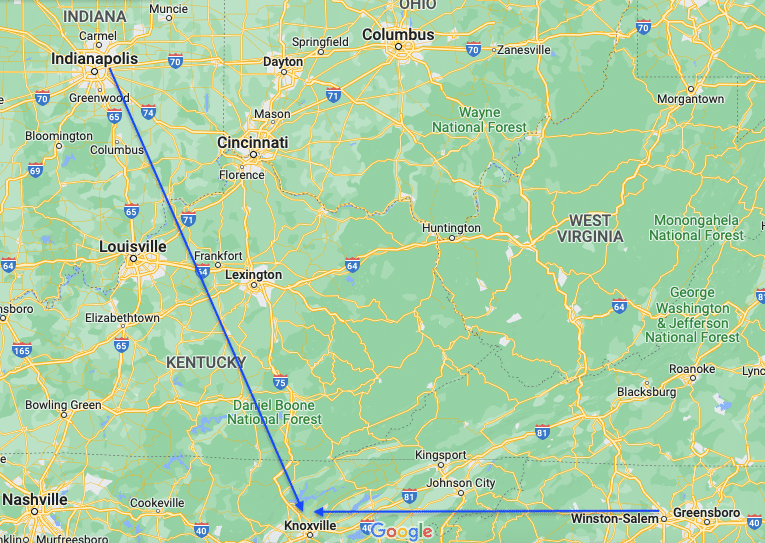 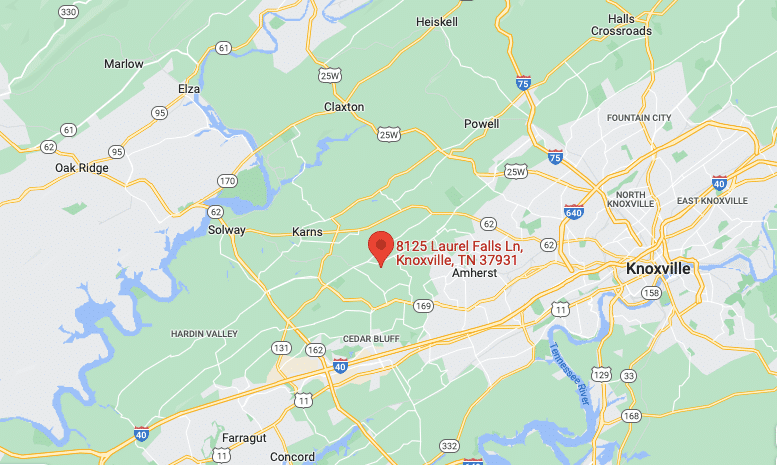 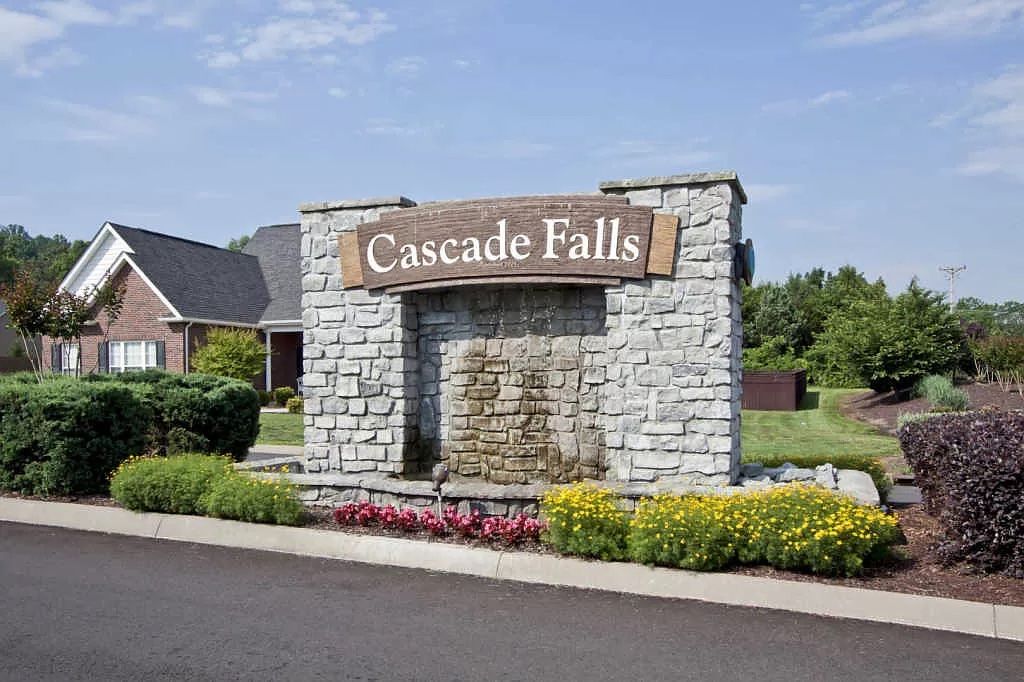 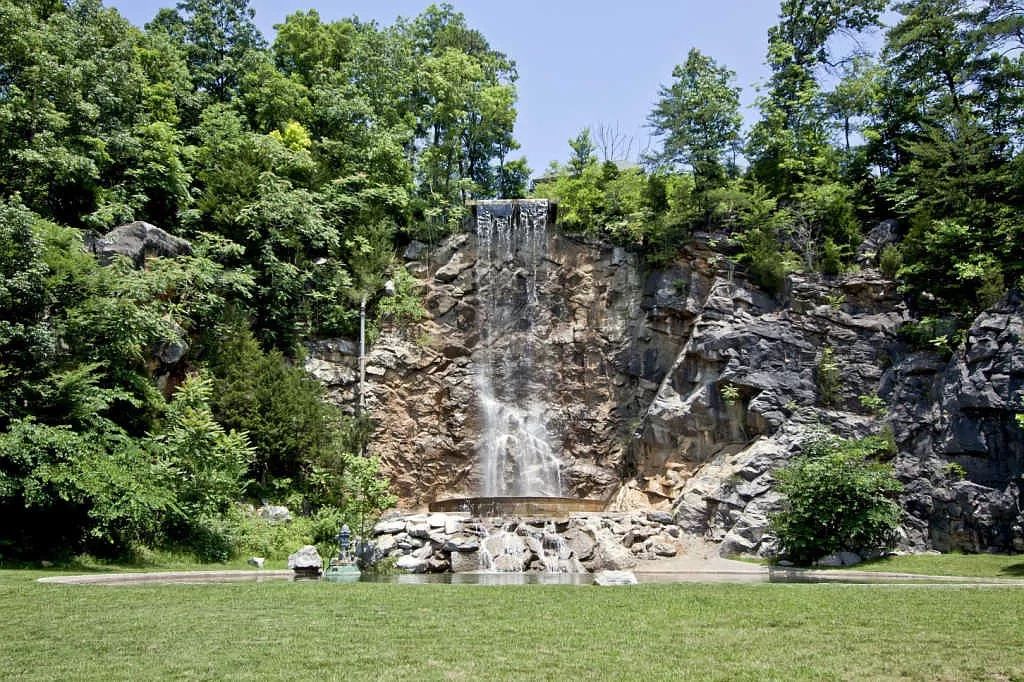 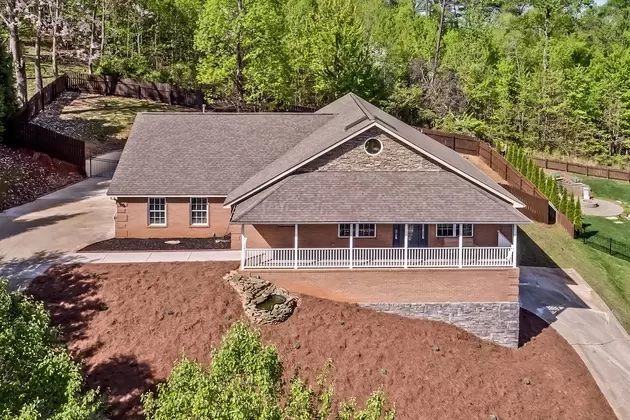 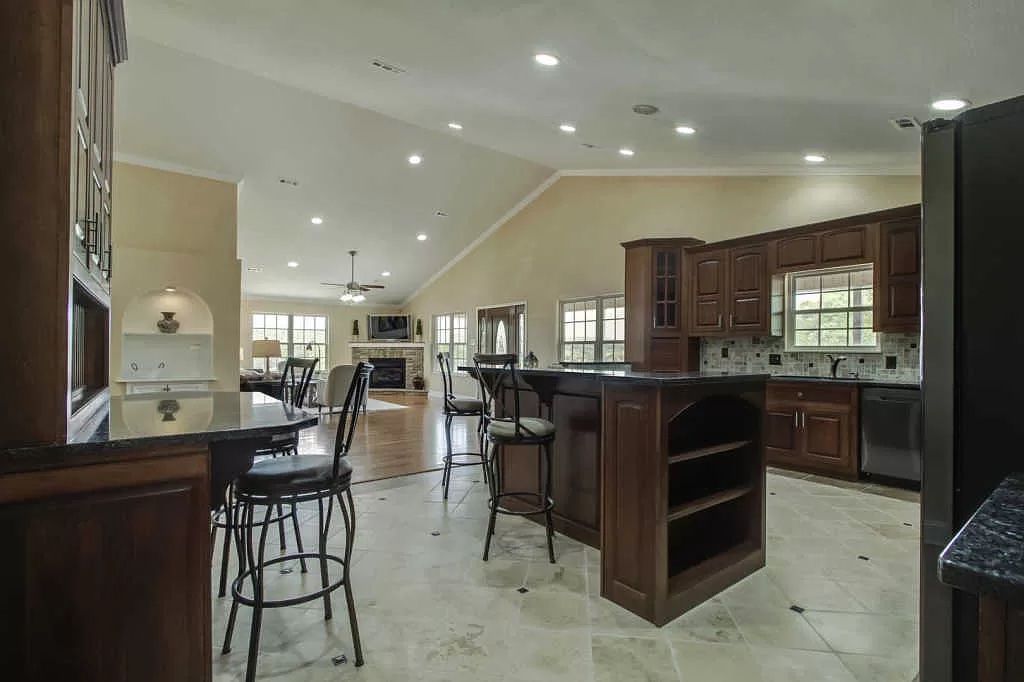 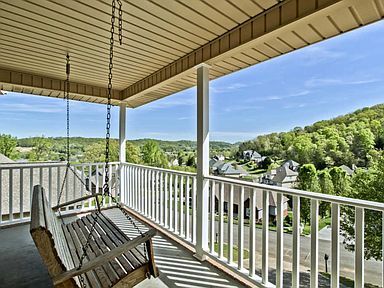 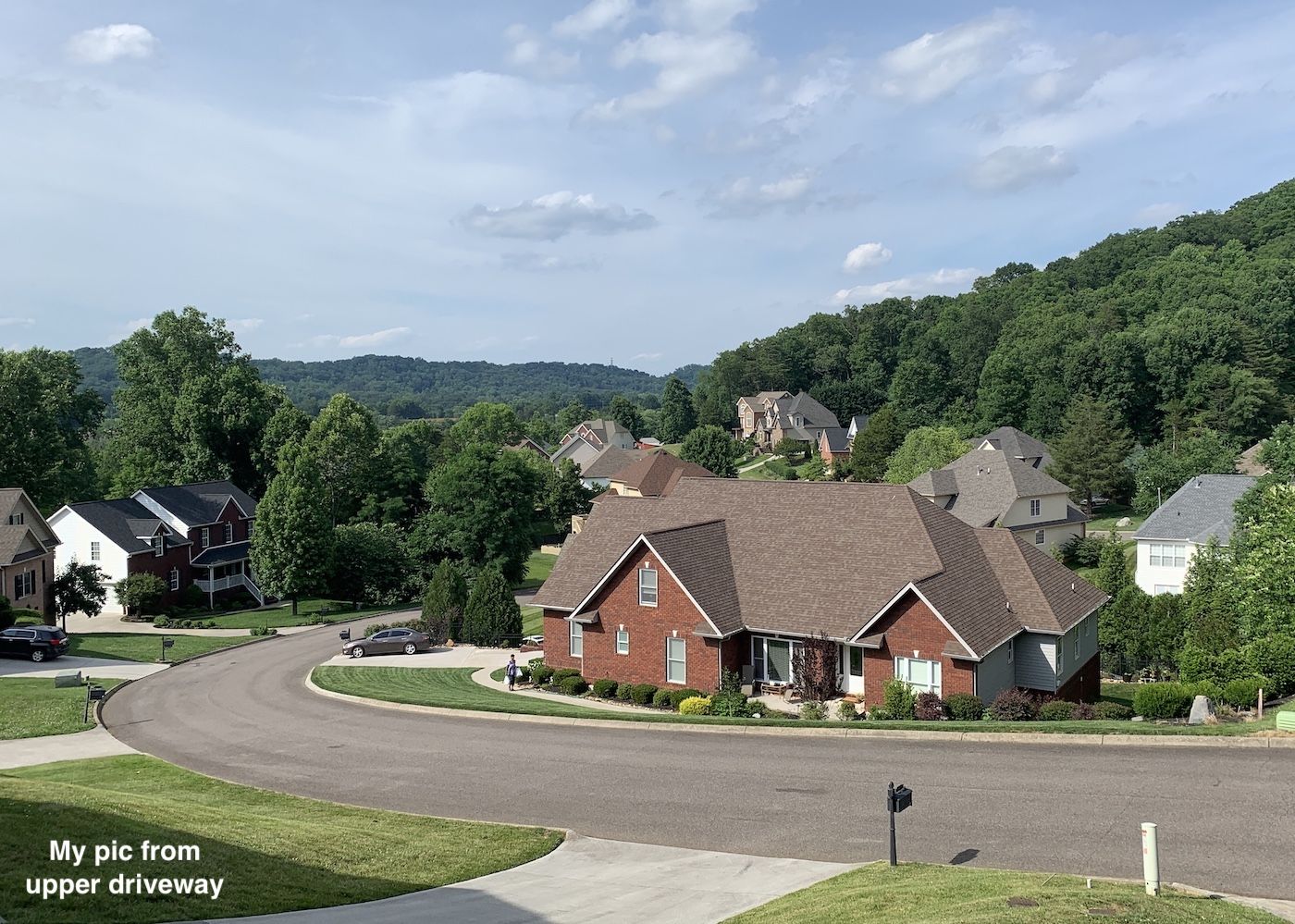 We've not seen our son and DIL (who live in Indianapolis) in 2 1/2 years nor our 'granddog' Brody who is now 3 years old (saw him at about 6 months in the late fall of 2019 - then COVID hit early the next year). Well, we decided on a reunion by meeting somewhere in-between - picked Knoxville, TN - a little farther drive for them. Stephen, our son, found a beautiful house in the western suburbs of the city near Oak Ridge (the atomic town featured previously in this thread). The house and neighborhood are shown in the images below - 5 bedrooms, 3 1/2/ baths, basement media center w/ game consoles, really meant for 2-3 families w/ kids.

Your son has a very nice house.
OP

scifan57 said:
Your son has a very nice house.
Click to expand...

Hi Scifan.. - well, as from the maps in my post we both drove and met in Knoxville - the house is a 4-day rental but as described quite nice - large flat screen TVs everywhere and an entertainment center in the basement w/ a huge projection screen and stadium seating (3 tiers w/ about 8 seats) - well done kitchen area. I'm sleeping in a nice basement bedroom w/ a full bath - only problem is that it has been in the 90s F and the upstairs AC is not keeping up w/ the heat (there is a separate thermostat for the basement which is doing fine) - have an AC guy coming today but we have just 2 more full days here.

With their dog (pic below at 6 months - he's 3 y/o now and a 20 pound Maltese) we cannot do much regarding restaurants and indoor attractions (as there are plenty from my previous posts in this thread), and w/ the high temps even outside activities would not be fun - so just staying in, catching up, watching a lot of films (son brought his Apple TV and plugged into a HDMI port on a large living room TV - so he has a lot of selections - watched the new Downton Abbey movie that is still in the theaters last night). As to dinners, Doordash delivery has been excellent w/ plenty of choices nearby. So a pleasant visit - back home on Thursday.

P.S. my doorbell cam is over Wi-Fi so I can see my front stoop, yard, and cul-de-sac - just got a bunch of notifications on my iPad (we stopped the mail and papers) - checked and it's our yard service doing a major spring service (one guy shown below)- wish we could re-visit some of the places in and around Knoxville posted previously - son and DIL would really enjoy a number of them. Dave
. 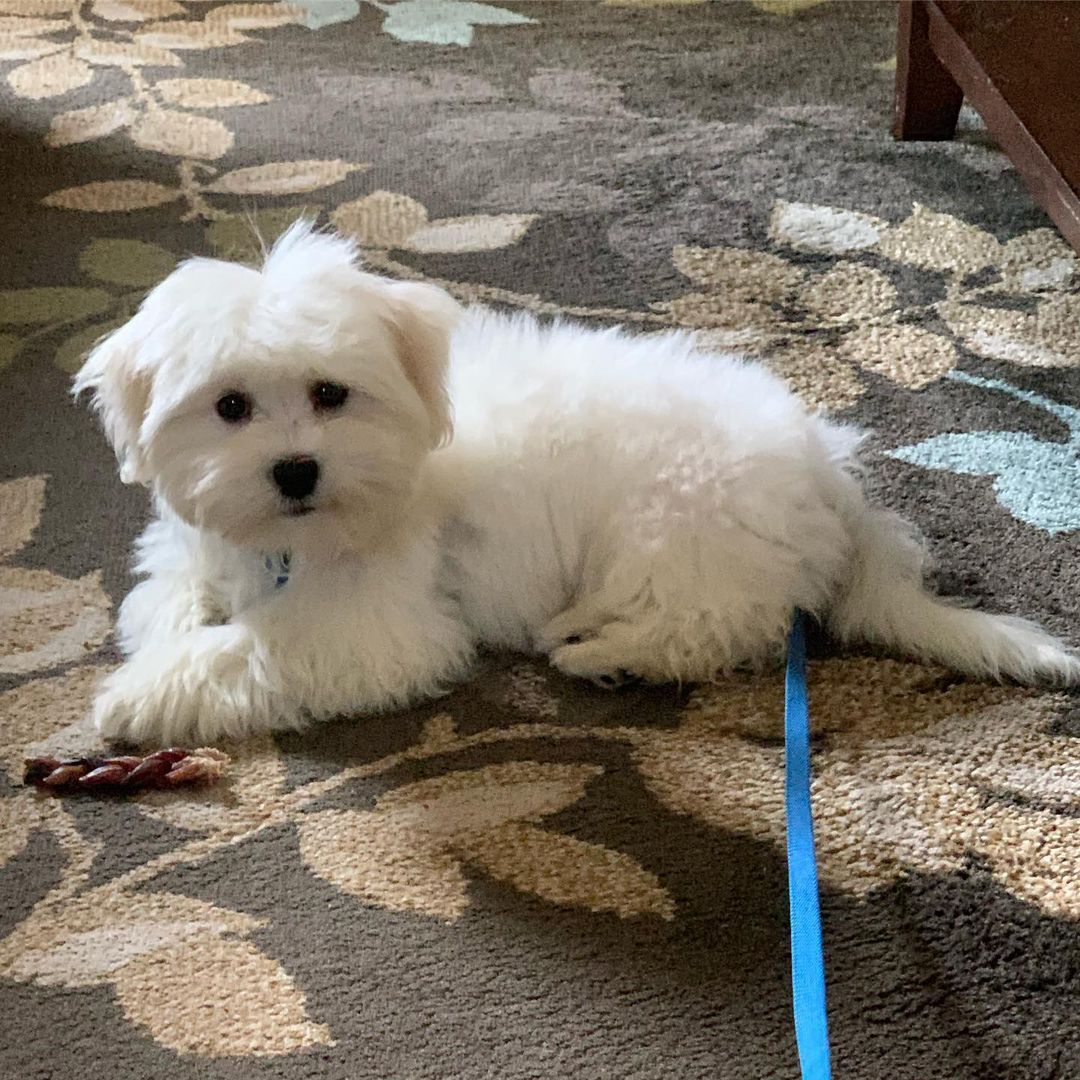 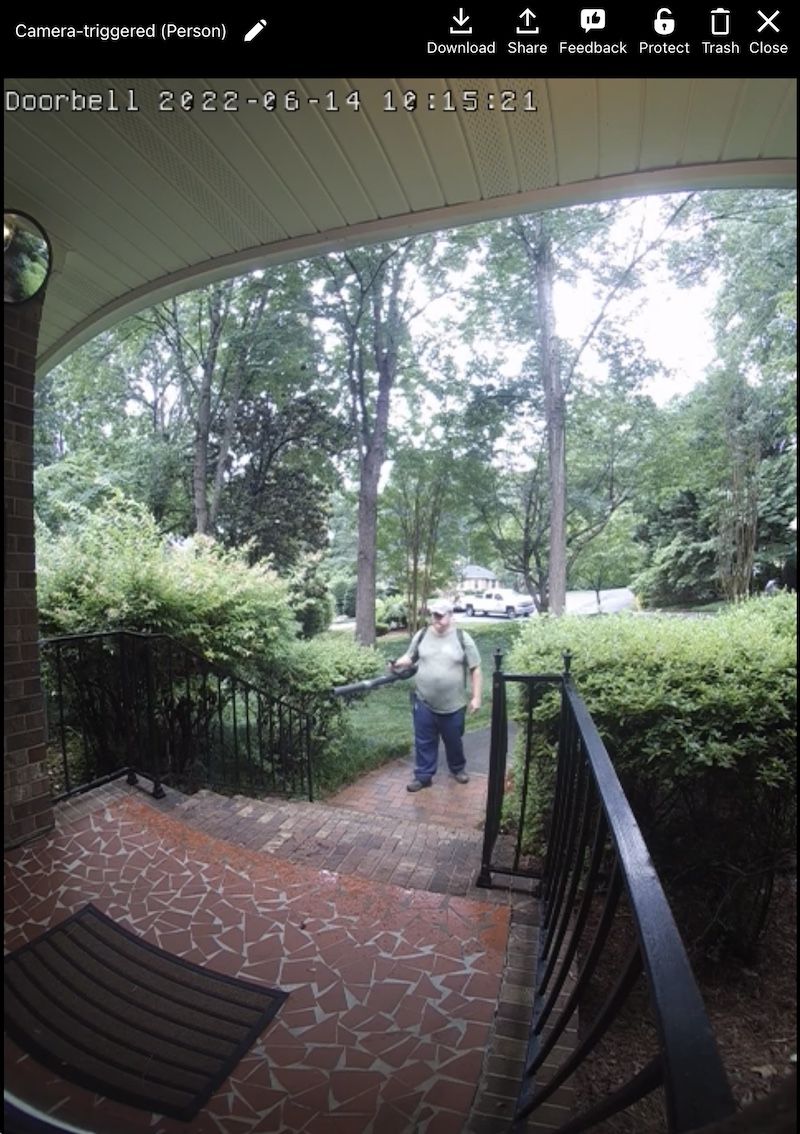 Well, since I cannot be 'out and about' in Knoxville w/ my usual scenic and historic posts, a little more about our rental house w/ a few inside shots just made with my iPhone. My son is our 'rental agent' - he likes to use Airbnb to find 'dog friendly' options - we were going to meet in Chicago in a nice rental allowing small dogs but then COVID hit -

Apparently this Knoxville house we are in was pretty much booked but we were able to 'squeeze in' - the first three pics are in the basement, i.e. the media room w/ a large projection screen (game consoles at the other end), a small kitchen w/ a second refrigerator, and the bedroom that I'm occupying. On the first floor a large pool table and outside hot tub which we may use (or not due to the heat - not enclosed), and finally one of the other bedrooms for kids w/ two sets of bunks. Dave

ADDENDUM: in the third pic of the basement 'kitchenette', there are over 300 DVDs/BDs in that corner!
. 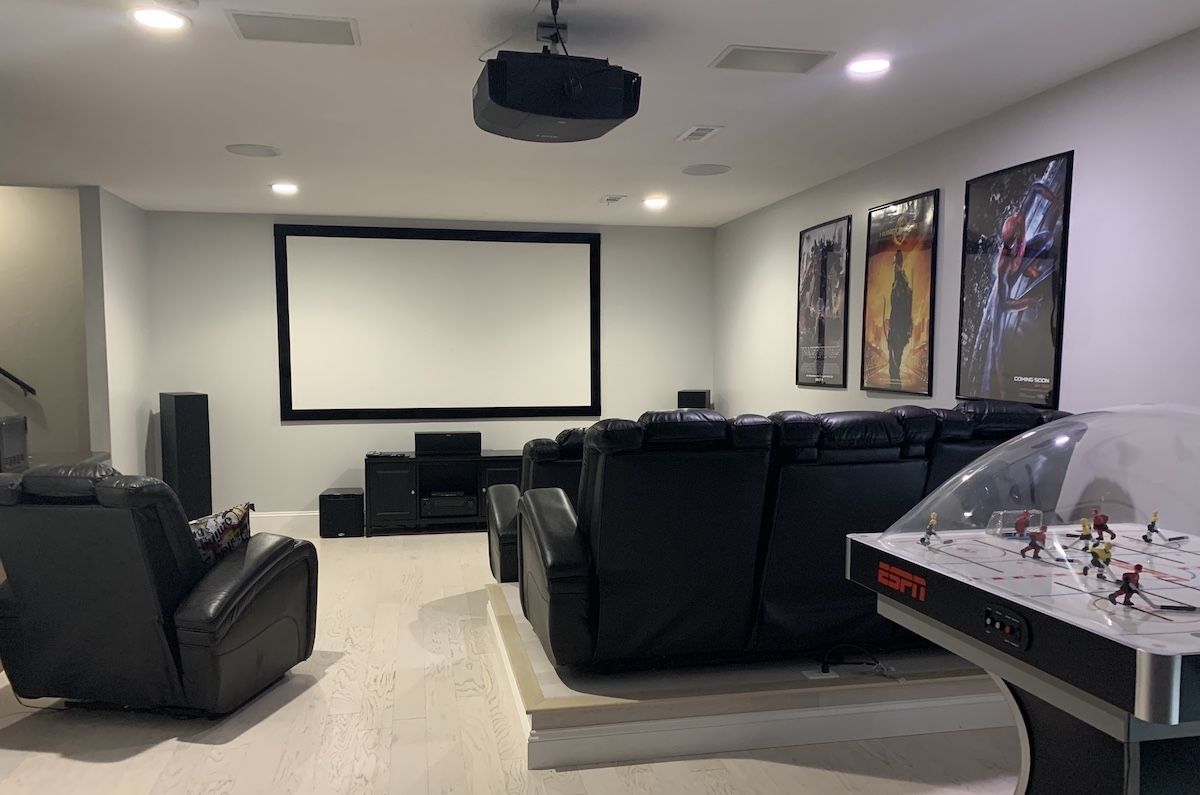 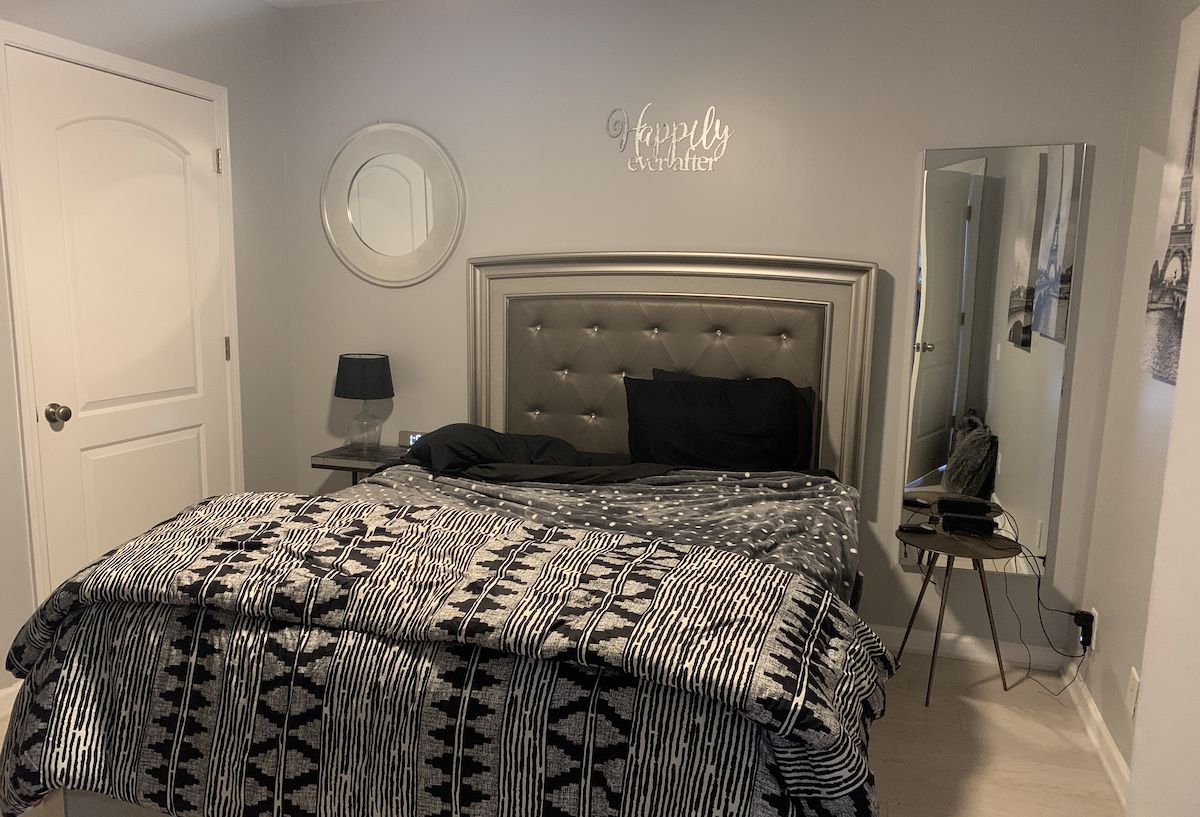 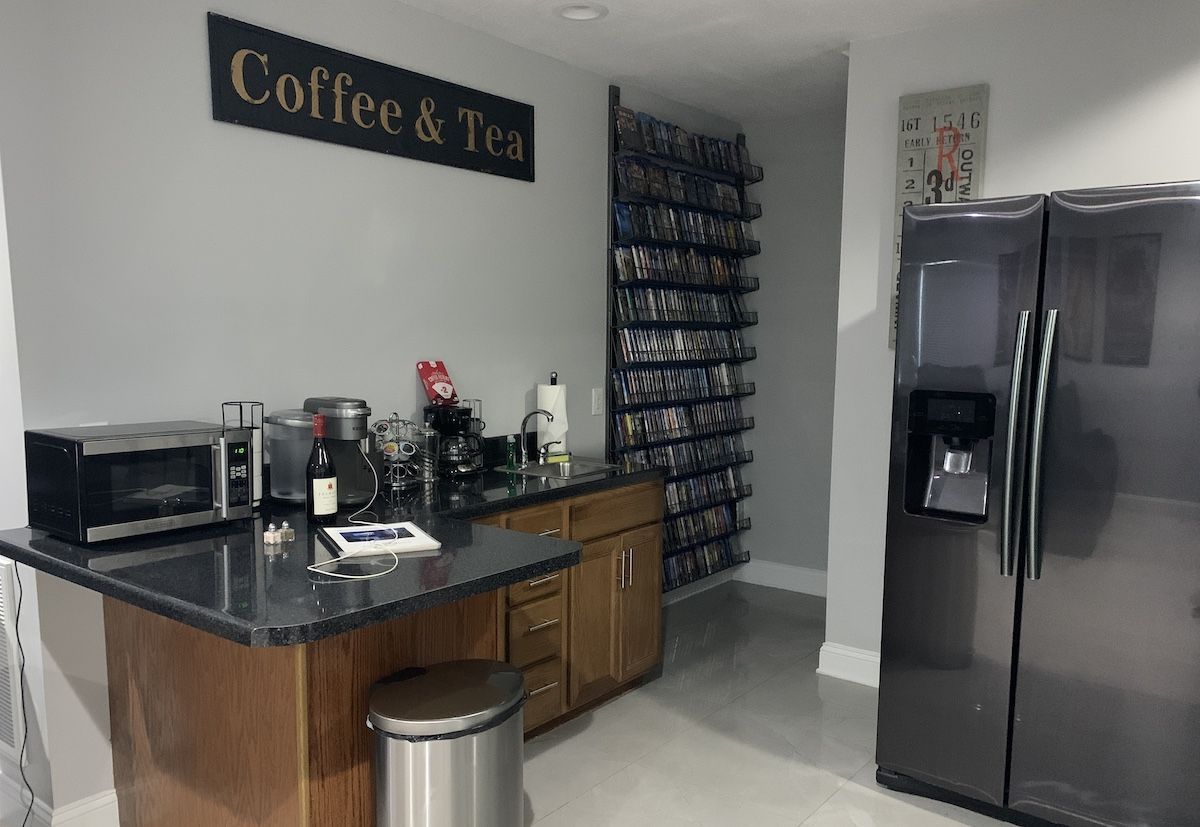 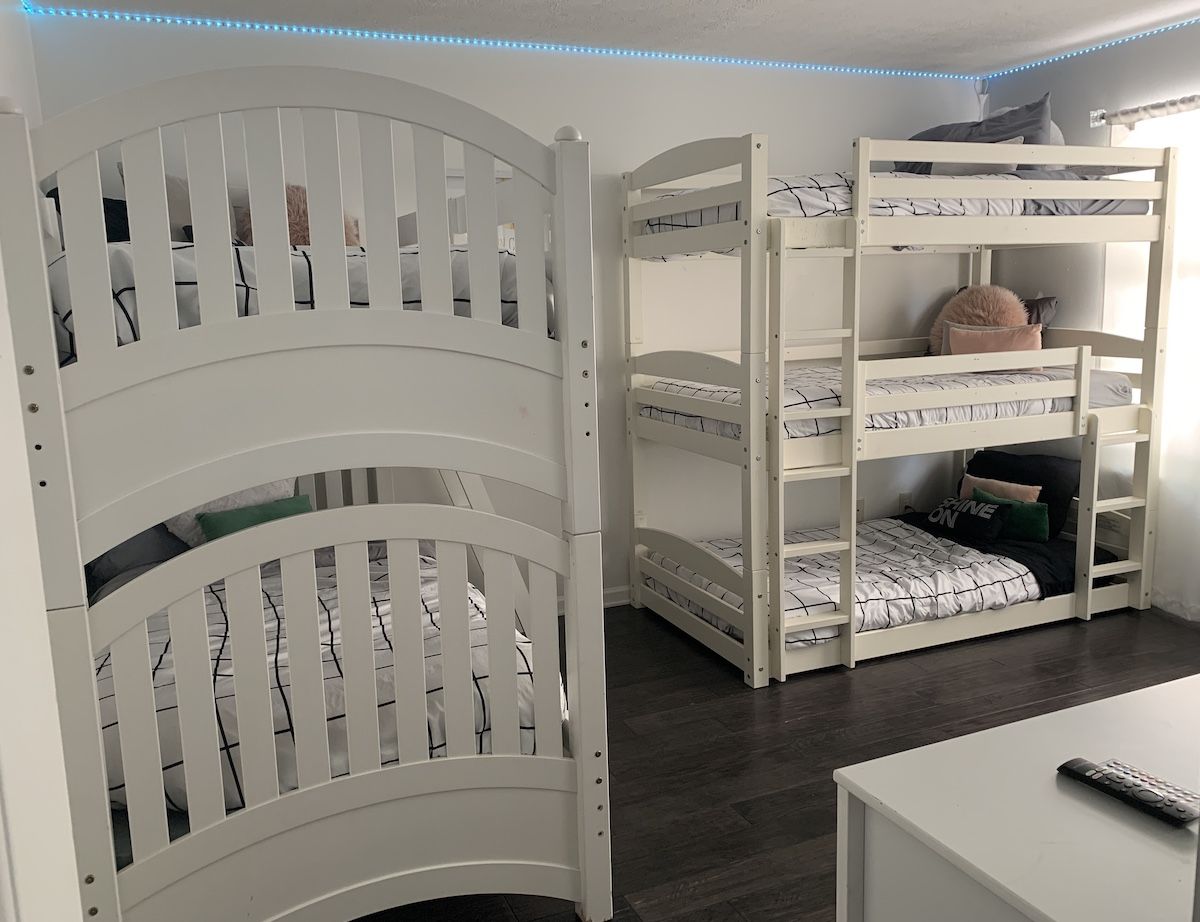 Thursday morning was our departure time - Susan and I are back home in Winston-Salem; our son, DIL, and Brody are probably still 'on the road' another hour or so? But just an update on our granddog's appearance - first pic w/ us when he was 6 months old (a Maltese pup then) - second pic is mine taken this morning w/ our DIL, Joy, holding the now 3 y/o Brody - actually grew to be rather large for that breed - weighs 20 pounds now (a little overweight - he apparently enjoys little snacks when the two of them are eating -

An adult male Maltese should be half or two-thirds that weight - they were concerned because my son did not like 'big' dogs growing up and wanted a small 'toy' breed - however, they had his blood tested for DNA and Brody is a 100% Maltese dog, just relatively a 'sumo wrestler' size, I guess - Dave
. 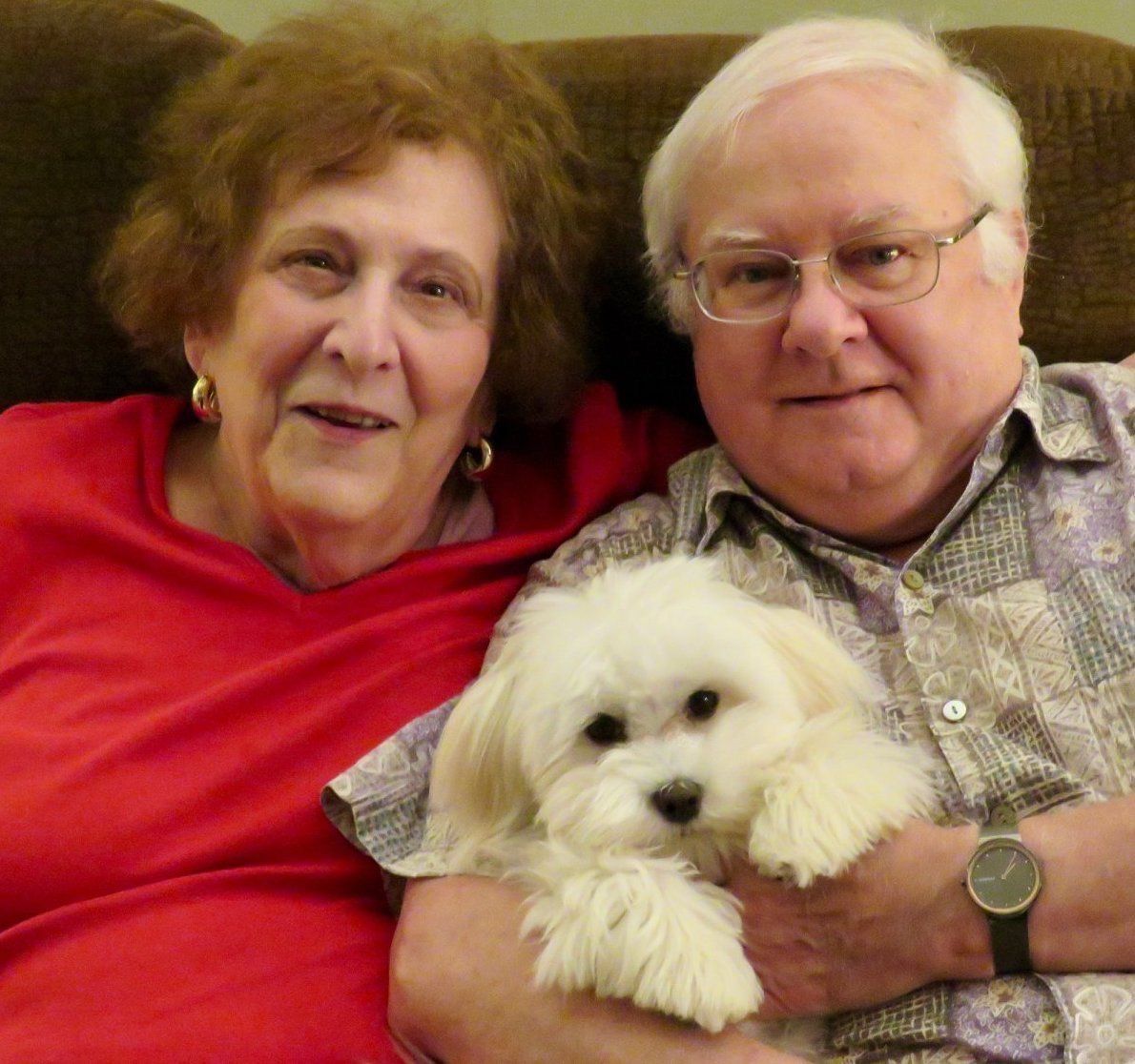 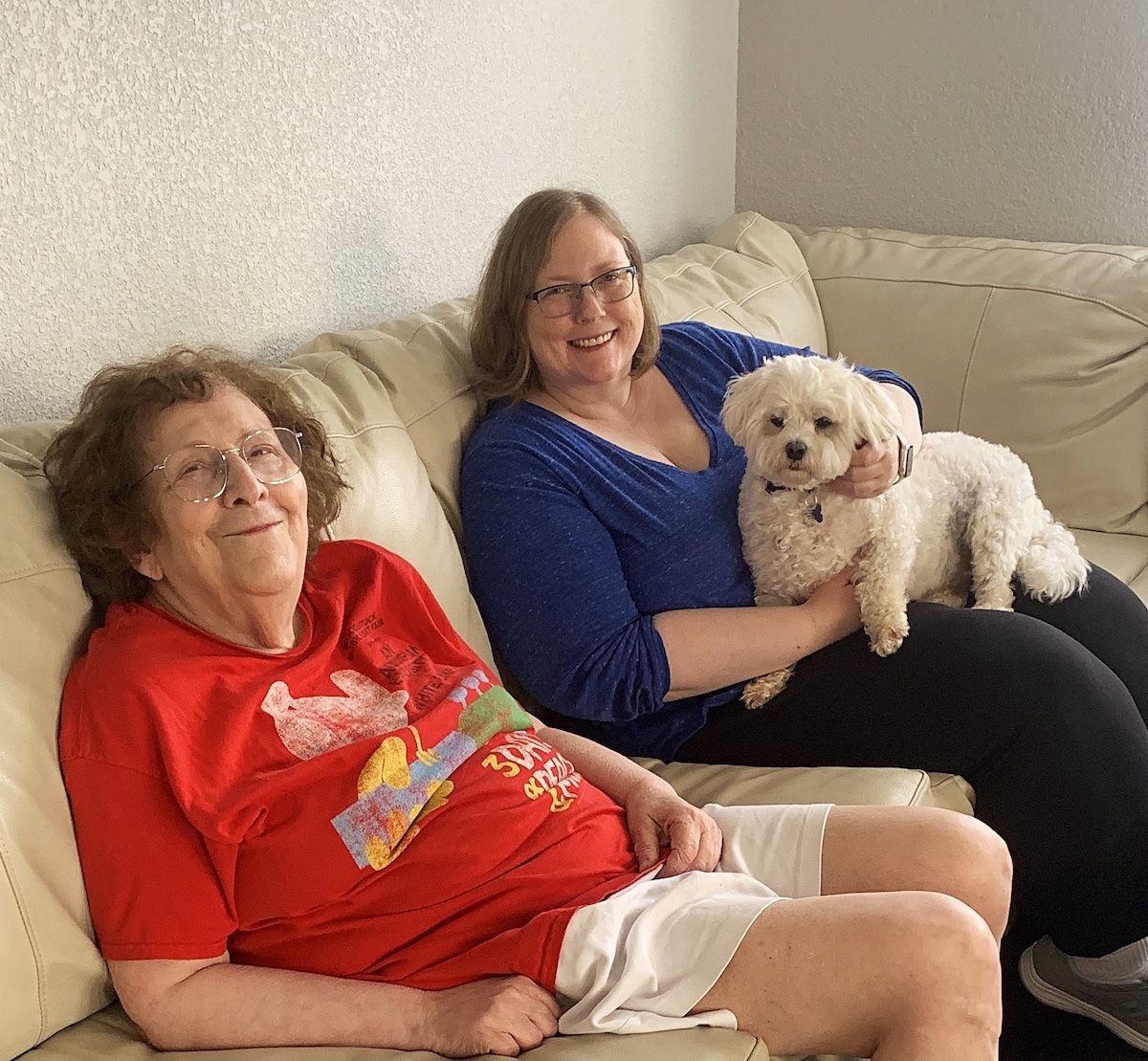