from Gadget Lab by Priya Ganapati 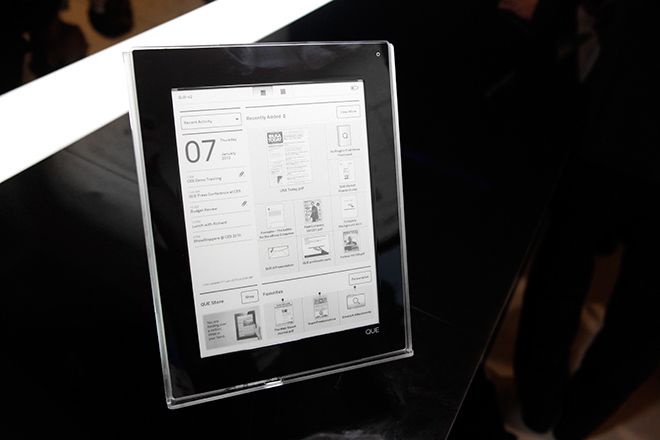 E-readers are far from dead but many are certainly gasping for breath. A shake-out in the e-reader market has put some smaller companies out of business, leaving the playing field clear for giants like Amazon, Barnes & Noble and Sony.
The list of e-reader makers running into trouble has grown in the past few weeks:

“Companies that had neither brand nor distribution have failed,” says Sarah Rotman Epps, an analyst for Forrester Research.
Price cuts by Amazon and Barnes & Noble, coupled with the shift in consumer interest toward more multi-purpose tablets, have also taken their toll on e-readers.
“You are seeing the same kind of proliferation and excitement in tablets now that you saw two years ago for e-readers,” says Epps.
After Amazon introduced the Kindle in 2007, e-readers became one of the hottest consumer products. The category attracted large companies such as Samsung and Barnes & Noble, even as lesser-known players such as Plastic Logic, Aluratek and iRiver jumped in.
Mostly Kindle clones, many of these e-readers were near-identical in how they looked and the features they offered. Almost all sourced their black-and-white screen from a single company: E Ink.
Meanwhile, Apple launched its iPad this year. At $500, it’s pricier than most e-readers, but offers relatively long battery life, a color screen and iBooks, an iTunes-like store for digital books. It may not be as ideally suited to reading as a dedicated e-reader, but many iPad customers are finding that it works well enough as a book reader, in addition to its many other functions.
Apple’s move sparked a price war in the e-reader market. Amazon dropped the price of its Kindle 2 to $190 from $260. Barnes & Noble released a Wi-Fi-only version of the Nook for $150, while a Nook with Wi-Fi and 3G capability now costs $200.
The price war put a squeeze on smaller e-reader manufacturers.
“As a result of the recent price drops in the market, our primary focus has shifted to international opportunities,” Audiovox told the Digital Reader website.
All this doesn’t mean consumers have completely fallen out of love with e-readers, says Epps. Tablets will outpace e-readers in overall sales, she says, but the shift toward digital books is here to stay. Forrester estimates 6.6 million e-readers will be sold in the United States this year. Approximately 29.4 million e-readers may be sold in the United States by 2016, compared to 59 million tablets.
Earlier this week, Amazon said for the first time sales of e-books are outstripping hardcovers. In June, Amazon sold 180 e-books for every 100 hardcovers. In the first six months of the year, the company sold three times as many e-books as it did in the first half of 2009.
“In the e-reader market, price is coming way down and that’s the major consideration for purchase,” says Epps. “If a company can do cheaper and better devices than Amazon, Sony or Barnes & Noble, they still have a chance — but no one’s been able to do that yet.”

yeah, I was watching Tech TV the other day and they were reviewing a new e-reader, they totally dissed it cuz it was like $350 and only WIFI and they were like another 150 just get the ipad, cant rem the name of the e-reader but it actually looked pretty cool, and a nice size screen that wasnt touch sensitive, but below the screen they had a small touch screen, but couldn't even come close to comparing to ipad..

but it did have SD slot, which is convenient..
I

These are the comments I don't understand...


4phun said:
It may not be as ideally suited to reading as a dedicated e-reader, but many iPad customers are finding that it works well enough as a book reader, in addition to its many other functions.
Click to expand...

The article does not state why is it not "ideally suited" to reading as a dedicated e-reader? And comments like, "...it works well enough as a book reader..." certainly does not do the iPad justice. It almost sounds like someone has a burr up their skirts and does not like admitting that the iPad is putting other companies out of business. Wake up and smell the coffee!

Personally, the whole reason I bought an iPad was to read books. I had been reading books on my iPod Touch pretty much since the Kindle app came out and was thrilled when the iPad came out so I could read in a larger format in addition to having access to other e-reading apps and other content providers (which of course I had with the iPod anyway).
Last edited: Jul 24, 2010
M

I agree. The primary reason I use the iPad is for eReading. Then comes web browsing as a close second, followed by games. I had a Sony Reader before I bought the iPad, and I really liked that device. But the iPad does reading better, and I gave my Reader to my mom. No regrets, and I'm finding myself reading more than before.
You must log in or register to reply here.

iPad to lead the e-Reader Market