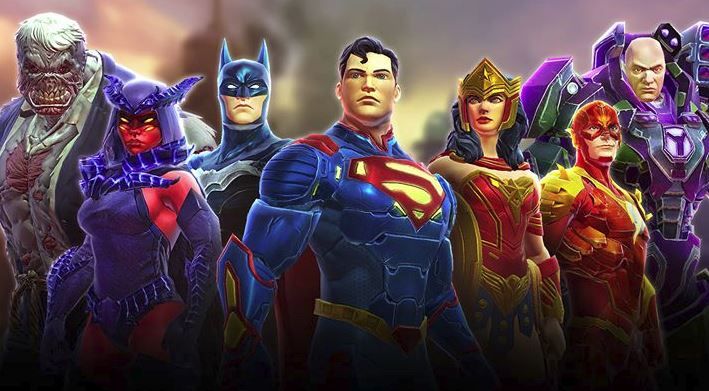 Warner Bros. Interactive and DC Entertainment have just released DC Legends, a strategy role-playing game where you can collect, and form unlikely alliances between, some of your favourite DC Universe Super Heroes and Super Villains.

The storyline centres around the Blackest Night prophecy, which is threatening the existence of every corner of the DC Universe. Allies such as Green Arrow, Doomsday, Wonder Woman, and Batman, to name but a few of the many, must join forces and form teams of Super Heroes and Super Villains to battle Nekron and the Manhunters.

As you battle to save the universe once more, you can also unlock the ability to make your heroes Legendary, gaining awesome new super powers—such as Superman’s Heat Vision or Bizarro’s Flame Breath—as well as powerful stat increases, and enhanced character designs.

“We think DC fans will appreciate the authenticity and depth we’ve brought to DC Legends,” said Jonathan Knight, VP, Studio Head at ‎WB Games San Francisco. “The game delivers an experience that's both exciting and engaging, empowering players to strategically customize their teams and upgrade their super powers, as they battle against other players across the world.”
Click to expand...

The battle against Nekron and the Manhunters rages across some famous DC Universe locations, including Metropolis, Themyscira, Thanager, and many more.

Aside from the single-player game, you can also compete against other players in PvP combat and attempt to top the 14 unique Leagues.