Could the iPad Be The Answer For Tech-Wary Elderly? 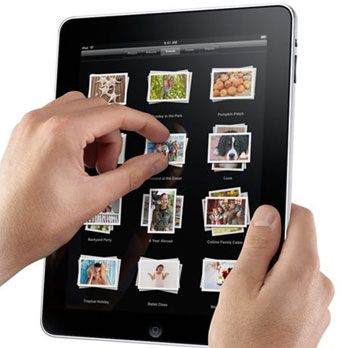 I came across a very interesting article on the website of The Daily Toreador, the Texas Tech University newspaper, yesterday, which kind of echoed some thoughts Iâ€™d been having of my own. The article offers the theory that one possible surprise demographic that could take to the iPad is the elderly, and more specifically those elderly people who have previously been wary about getting a computer.

The article goes on to mention that The Tech Guy, Leo Laporte, recently discussed the matter with a caller on his syndicated radio show stating that the iPad could well be a surprise hit with the elderly. Obviously there are plenty of extremely tech-savvy elderly people out there, so itâ€™s not them that this applies to. No, Iâ€™m thinking of people like my own elderly parents who have been extremely reluctant (to put it mildly, they actually think â€œdongleâ€ is an offensive word! Iâ€™m not kidding) to even attempt to start using computers, but who want to send the odd email to relatives abroad, browse the internet, or even perform simple word-processing tasks. And once they get started, who knows? The world would be their oyster.

My parents get very frustrated that many areas of everyday life, such as booking rail tickets for example, are now done almost entirely over the internet. Of course Iâ€™m happy to do all those things for them, but what about those elderly people who donâ€™t have children or relatives with access to a computer who are willing to help them? They are cut off from a massive part of life. I think the majority of them could handle the iPad with ease, and Iâ€™m already thinking about talking to my parents about getting one. Theyâ€™re already fascinated by playing games like Trivial Pursuit on my iPod touch, so Iâ€™m sure a larger version of that would be much more appealing to them than a computer. As the Daily Toreador article also concludes, Apple would be very wise indeed to think about targeting this demographic. Imagine the social impact it could have â€“ amazing, and very exciting! Iâ€™m sure Apple has already thought of it though, they donâ€™t miss a trick!

I'll let you know this week. We got my mother -in-law ( 85 ) an i-pad and wi-fi.
If her Ipad ever gets out of Louisville, we should be able to play with it this Easter.
She realized she can no longer do business with Govt. agencies on the phone, OR in person. That, plus you can no longer send a self-addressed stamped envelope for the recipes shown, you gotta go to WWW.whatever. Macs are too pricy, and any Windows machine is to confusing. This should be perfect. And if she doesn't like it, we have 2!

That brings out an other question... Is it desirable to own and use an iPad without a computer host?
It is feasable to do but you're cut off from many practical functions the iPad will be standed from at first. The first example that comes to mind is printing.

I am 77 years old and love my computers but I may not be in the majority. I believe this will be a great boon for the elderly. Once they figure out w hat they can do on it you will never part them from there i Pad. I do it all, it is my second brain. There are a lot of things for woman and men. Sports for men is a big deal and I don't own a cook book. I can find anything on the internet just for an example. And of course I use it for all my bills, etc. My calendars and tasks, emailing, Twitter and Facebook, pictures of the kids. I can go on and on. Just don't make it to hard for Grandma because they will get discouraged easy and turned off.
D

That's my plan as well except for my father (70). He tried to jump on the technology wagon years ago but just couldn't deal with windows. It was a bad enough experience that he won't consider trying again (even with a Mac). He has used my iPhone for short periods. I think the screen was just too small. Next time I see him, I'll show him my iPad. If he likes it, it's his when gen 2 comes out. All I will have to get for him is a mifi or the like.
D

Confused on all the talk about 2nd gen. IPads

I'm hearing alot about 2nd gen. IPads before this first one is even out but don't you think that they will do enough updates and inprovements to this one to keep us interested after all you don't want to shell out $900.00 for something that they are going to replace with bigger and better version so soon because that would be just wrong on so many levels?
You must log in or register to reply here.

Steve Jobs - The Playboy Interview from 1985!

M
Stephen Fry: Having an iPad is Like Having A Dog