On the way home from Richmond coming down I-85, the Triangle Area is passed (i.e. Raleigh, Durham, & Chapel Hill); just off the highway is the Bennett Place, a North Carolina historic site (see map below) - after Robert E. Lee surrendered to U.S. Grant at Appomattox Court House; Generals William T. Sherman & Joseph E. Johnston met at a farm in Durham Station (story below - web source) on April 17 - this was also after Lincoln's assassination and the terms were somewhat confusing.

Johnston chased Sherman from Atlanta to Savannah, then to South Carolina (Charleston & Columbia), and finally into North Carolina - there were only several large scale battles in the Old North State (which contributed the most soldiers to the Confederacy), i.e. Fort Fischer leading to the capture of Wilmington and the Battle of Bentonville which pitted these armies against each other in southeastern North Carolina (fascinating place to visit - the plantation house was used as a hospital and the tour discusses mainly Civil War medicine) in March 1865 (second quote).

Durham has many other attractions - the home of Duke University (the Chapel is beautiful and the campus was modeled after Princeton but larger - another story!) and also the Duke Homestead (see third quote below) - Washington Duke wanted to buy Princeton University (an Ivy League school in New Jersey) only if it would be renamed to Duke University - not a deal, so he endowed his own university in Durham, now one of the great American schools and a major contender in regional sports, especially basketball. So just another bonus post on our return - Dave

P.S. Sherman died in early 1891 in New York City; Johnston died shortly after attending his funeral - "before dying of pneumonia in 1891, which was contracted at Sherman’s funeral for which he was a pallbearer" - in Johnston's chase of Sherman at the end of the war he was amazed at the organization of the Union Army - probably one of the best ever to exist in the 19th century according to many accounts.

Thanks for yet another excellent post. I learned things I never knew about the end of the Civil War.
OP

scifan57 said:
Thanks for yet another excellent post. I learned things I never knew about the end of the Civil War.
Click to expand...

Hi Scifan.. - thanks & just another 'bonus post' on the way home from that trip - we did not stop there (my wife seems to remember the Civil & Revolutionary battle sites that I've dragged her to - - my only enticement is a great hotel and/or meal) - but Sherman & Johnston chased each other from Tennessee in the latter half of 1863 until that meeting in the Bennett Place in spring of 1865 - there must have been a LOT of respect between these two West Pointers although of different ages.

So, just to extend this Bentonville Battle discussion, below a map - just off I-40 after passing I-95, a frequent drive for us to Wrightsville Beach - followed by the entrance to the park, a view of the house, and images of some of the rooms setup to resemble a medical room of the time - finally, an interesting video discussing the Harper House - the place is opened to tours during regular hours. Dave
. 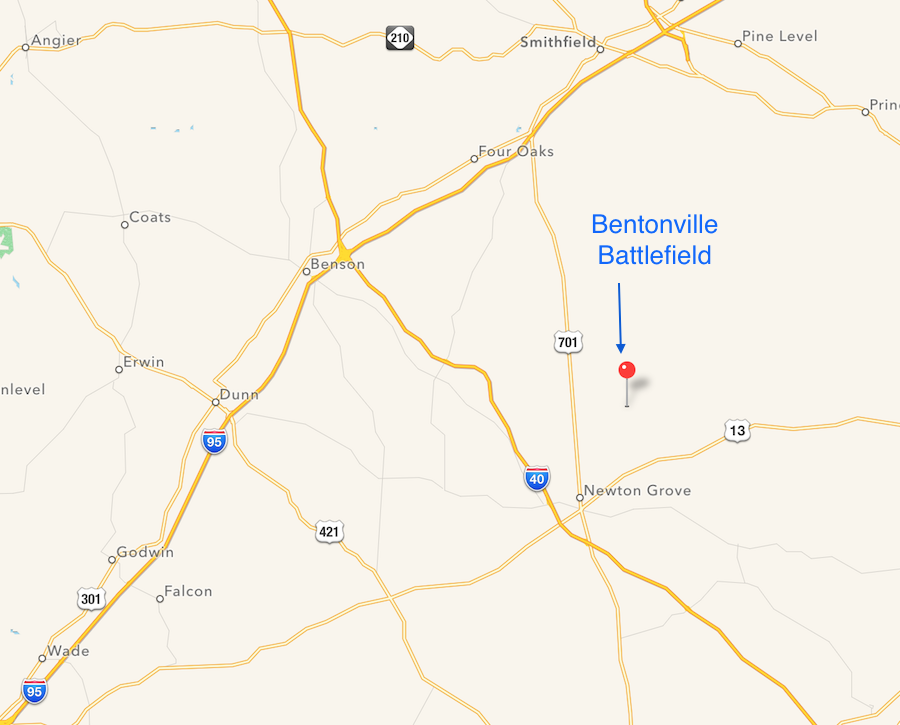 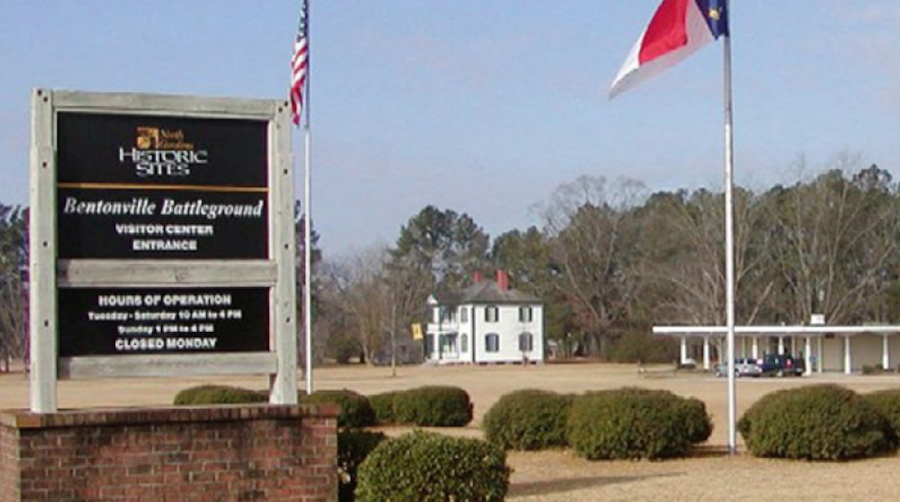 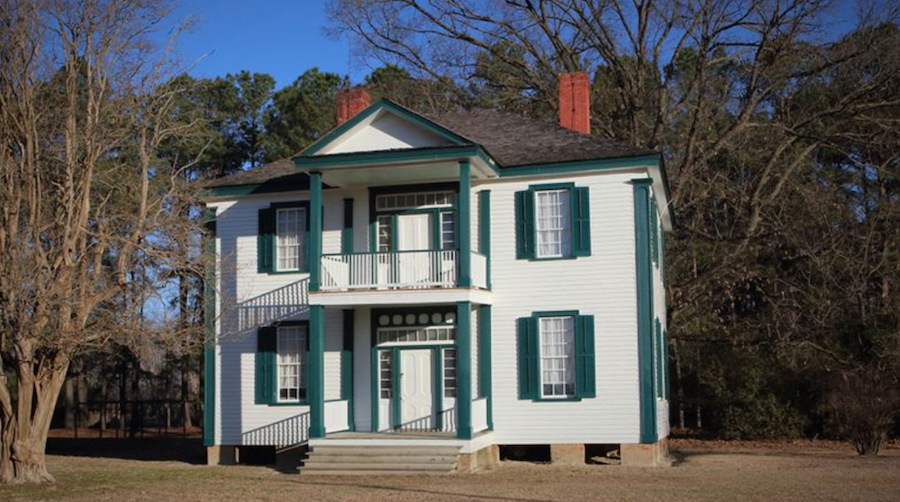 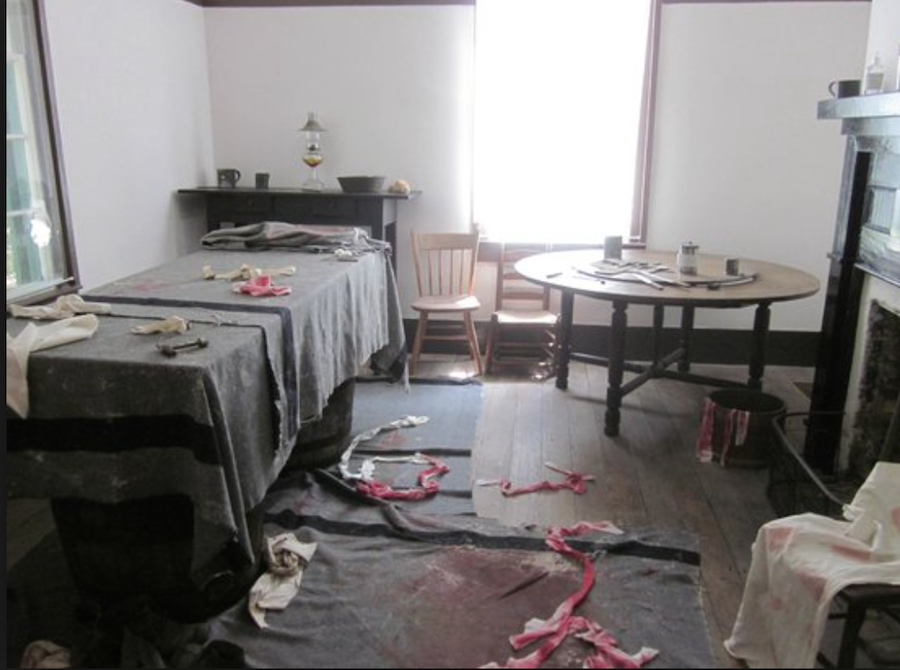 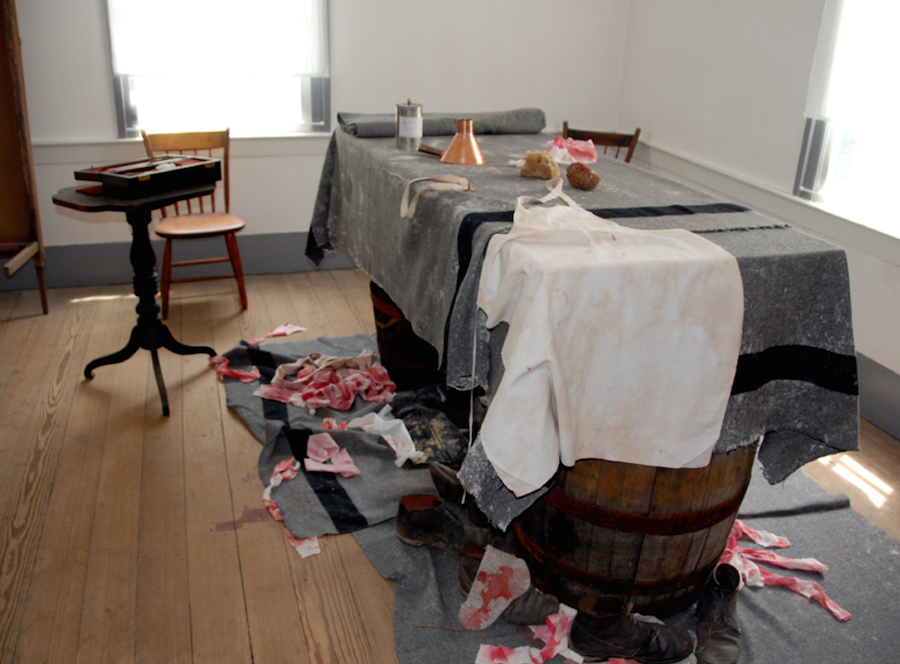 Thanks for a most interesting post. I didn't realize that not all Confederate forces surrendered at the same time.
OP

scifan57 said:
Thanks for a most interesting post. I didn't realize that not all Confederate forces surrendered at the same time.
Click to expand...

Yes, not done in unison at all - further battles took place & guerrilla warfare was still common in places - Lee sort of started the 'ball rolling' but the conflict did continue sporadically - more HERE, if interested. Dave

giradman said:
Yes, not done in unison at all - further battles took place & guerrilla warfare was still common in places - Lee sort of started the 'ball rolling' but the conflict did continue sporadically - more HERE, if interested. Dave
Click to expand...

Thanks for the very informative link.
OP

Susan & I have been wanting to revisit Appomattox Court House (2 1/2 hr drive for us - see map) and Richmond (3 1/2 hr drive) but have been stymied by the COVID pandemic - after having our 2 vaccine shots a month ago for the second one, we are doing a 2-nighter to the Umstead Hotel near Raleigh next week - will visit the Art Museum - if all goes well, might think of trips to Richmond, the coast, and mountains - son and DIL getting their 2nd shots in a few weeks so maybe late summer, we can meet them half way in-between?

But much has been going on in Richmond & Appomattox Court House - from the quote below (check the link for more), the Tredegar Iron Works and the Museum there have combined and expanded since our last visit 5+ years ago; plus, there is now a third part of this multiple site museum in Appomattox which we have not been to in probably 15 years or so? Of course, the White House of the Confederacy remains in its Richmond location. I'm sure that Susan is wanting to return to the Jefferson Hotel in Richmond! Dave 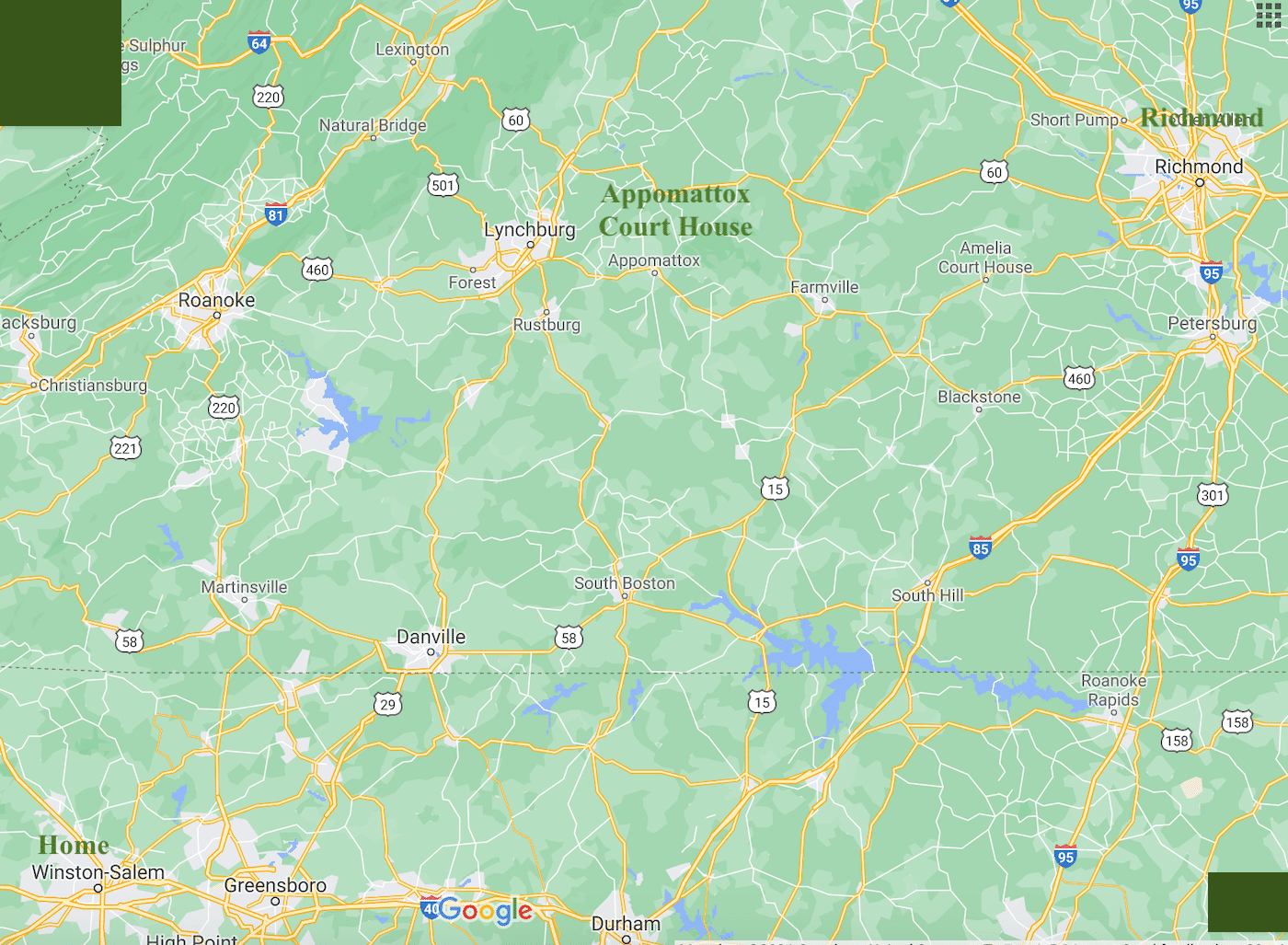 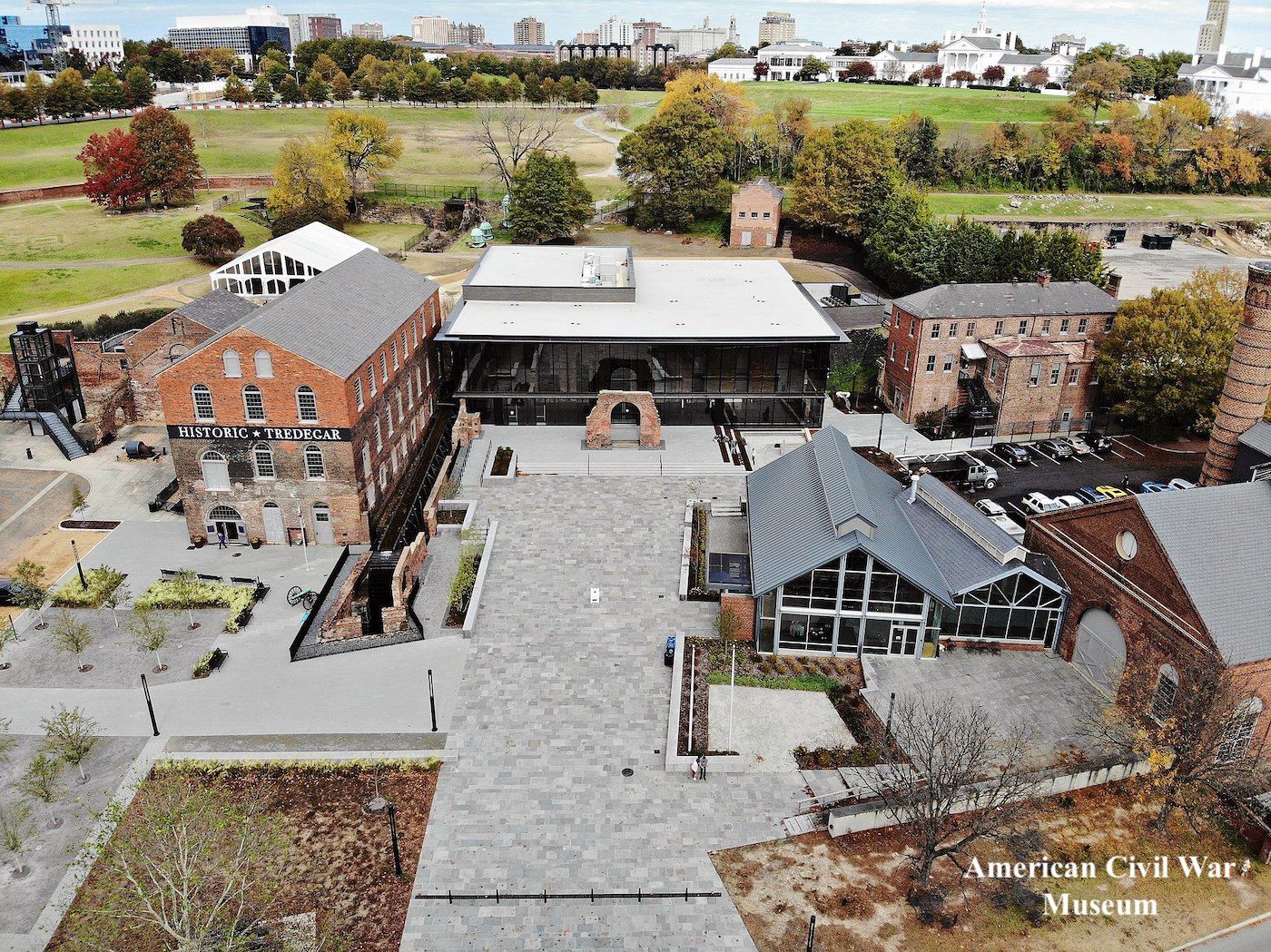 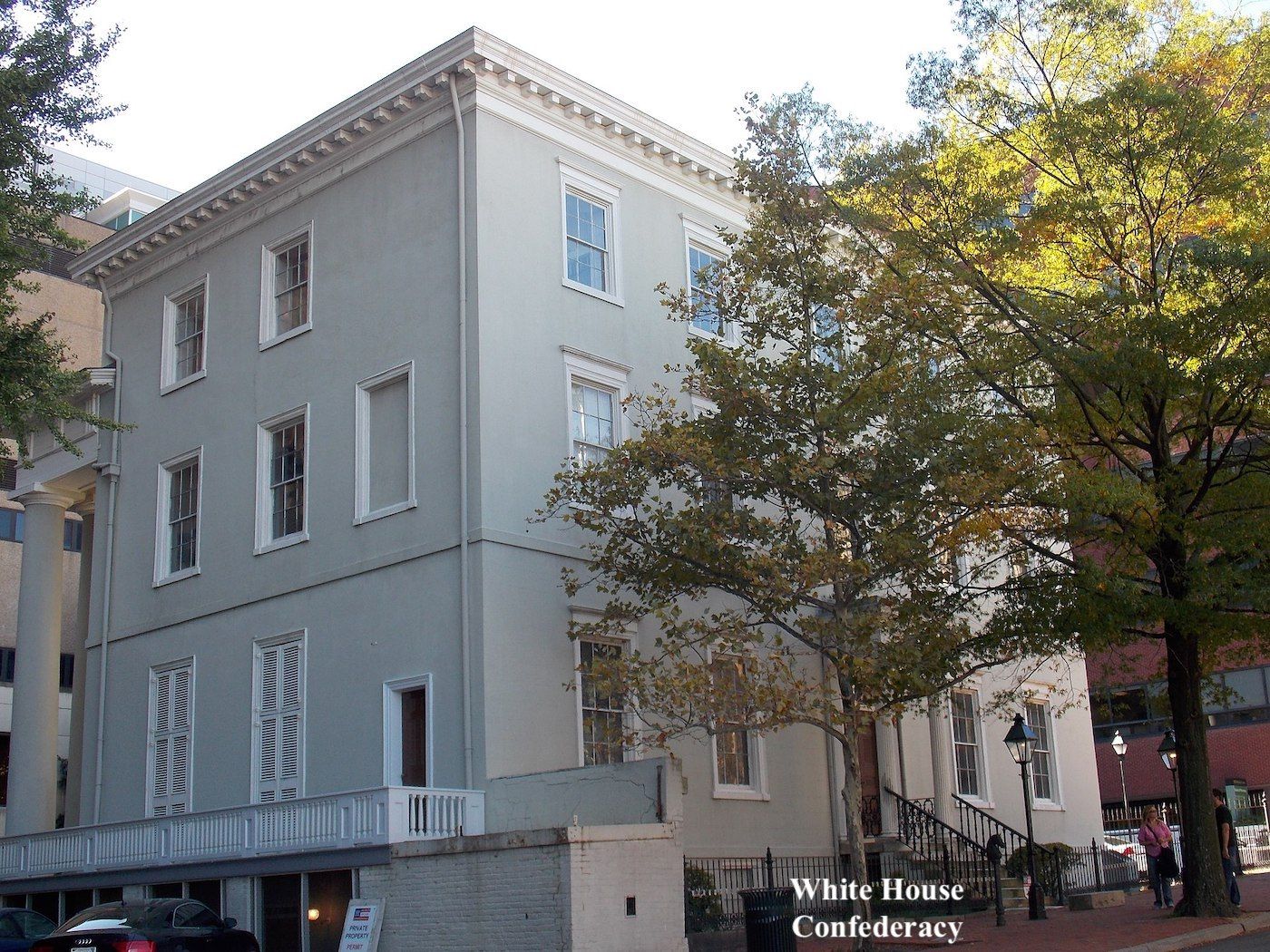 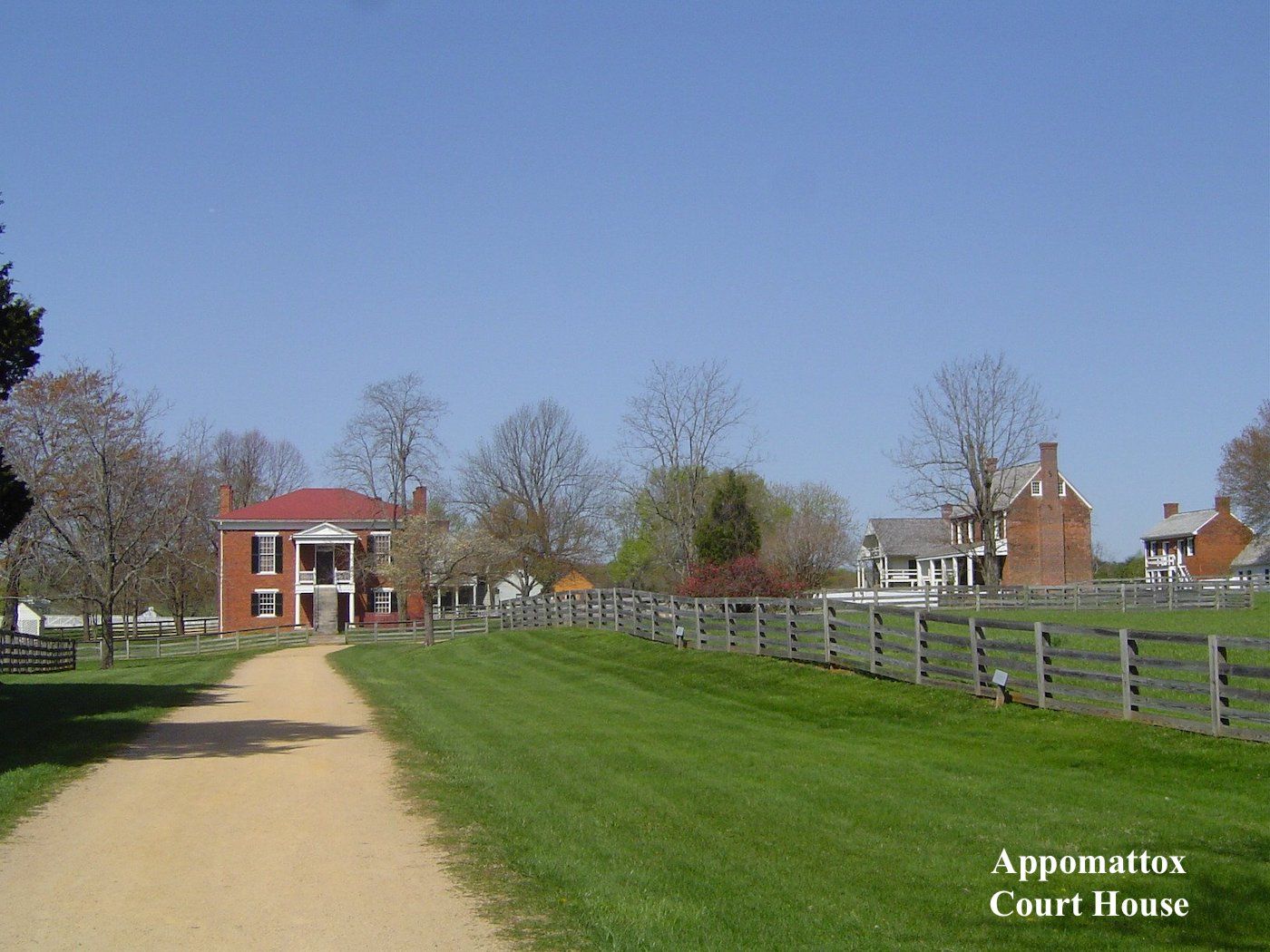 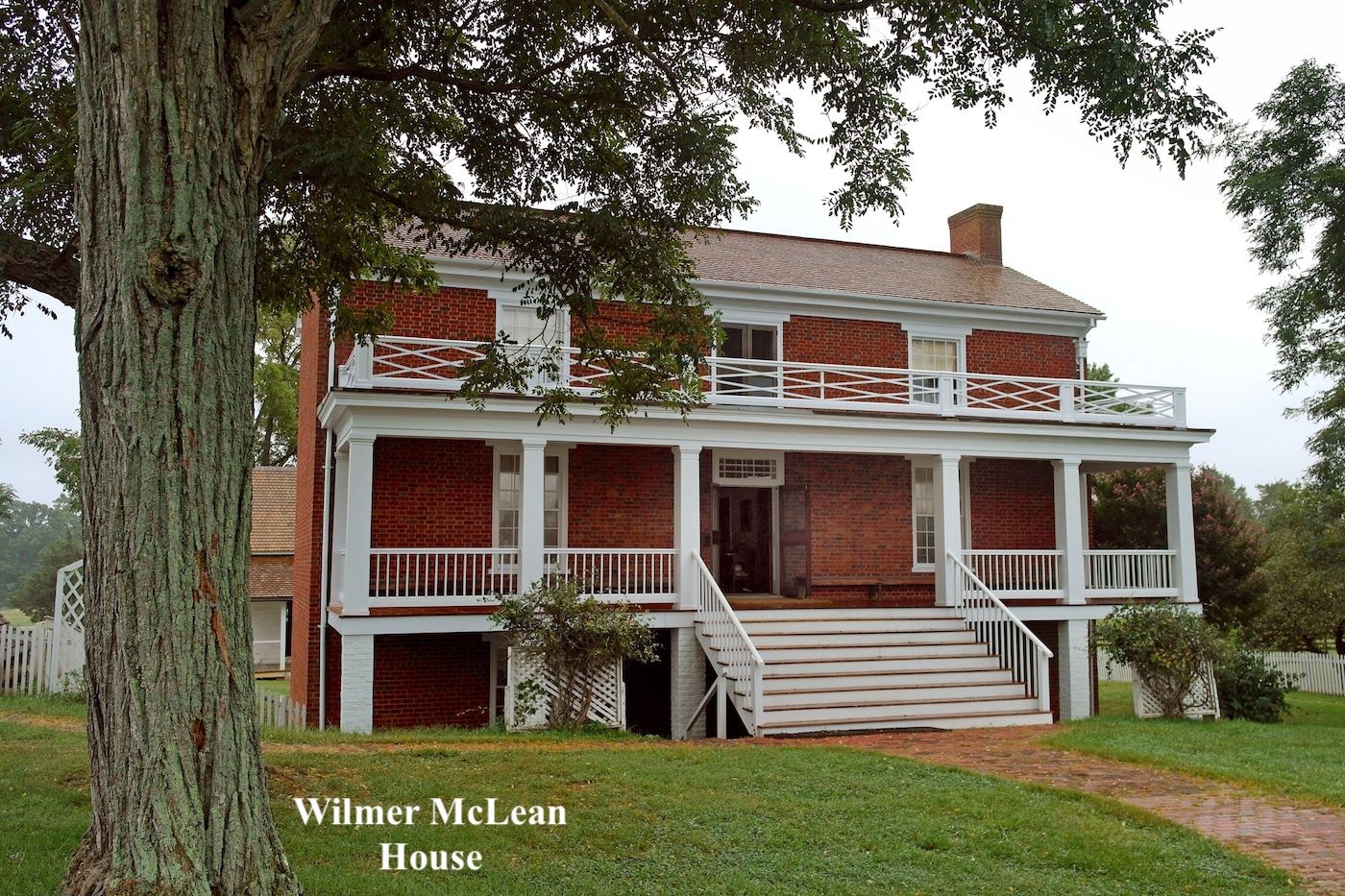 I look forward to an excellent upcoming post on your trip.

Appomattox Courthouse area is something else. I was there in 2011 when I visited several Civil War battlefields.
OP

Of course, well described when visiting the McLean house in Appomattox and in most of the books about the Civil War that I've read; also in one of my other Virginia travelogues HERE, I left the quote below - BUT, thanks for the mention - I'm sure that many are completely unaware of that story - at least his Appomattox house wasn't shelled and his parlor used only briefly for the surrender terms between Lee and Grant. Dave

Wilmer McLean had a front row seat for the first land battle of the Civil War. A retired major in the state militia, the 47-year-old McLean considered himself too aged to return to active duty in the War of Northern Aggression. In July 1861, still loyal to his home “country” of Virginia, McLean allowed Confederate Brigadier General P.G.T. Beauregard to set up headquarters in McLean’s farmhouse at Yorkshire Plantation in Manassas. In the course of the Battle of First Manassas – Union troops hit McLean’s house with a shell. The artillery came down the chimney, destroying a kettle of stew intended for Beauregard and his men. The Confederates would win the First Battle of Bull Run. McLean, however, decided to get while the getting was good. During the war, McLean worked as a Confederate sugar broker, and most of his business was conducted in the southern part of the state. The presence of federal troops, combined with the desire to get his family out of harm’s way, convinced McLean to relocate more than 100 miles away. To the small community of Appomattox Court House. In what has to be the most ironic of of all historic American events, on April 9, 1865, Confederate General Robert E. Lee surrendered to General Ulysses S. Grant at McLean's home there (Source).
Click to expand...

RudyN said:
Appomattox Courthouse area is something else. I was there in 2011 when I visited several Civil War battlefields.
Click to expand...

Hi Rudy - thanks for posting - you might be interested in exploring this thread and several more of mine (have one on Shiloh) about Civil War Battlefields - might bring back some fond memories. Dave
You must log in or register to reply here.