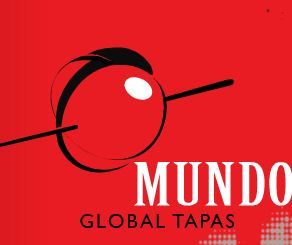 AFP reports today on an Australian restaurant that has decided to replace its menus with iPads! The Global Mundo Tapas restaurant at the Rydges Hotel in North Sydney has 15 iPads which it bravely hands out to customers instead of menus. They can then browse through the menu, which is contained in a specially developed app, and look at the photographs so that they get a good idea of what theyâ€™ll be ordering. Customers can even say how they want their meat cooked, and order their food once theyâ€™ve decided what they want to eat by simply pressing a button. Future improvements planned for the app include a pop-up box to suggest what wine you should have with your meal.

â€œOne of the points of difference for our restaurant was to have a unique menu,â€ said hotel general manager Craig Simpson. â€œHotels used to be cutting-edge food and beverage. We are trying to bring the pizzazz back.â€

That is so cool I feel there will be more of this type of innovative ideas to come along. The only comment is one wonders how the security is handled to stop some one walking out the door with an iPad . Bet they also have a huge supply of cleaning cloths to keep it clean lol. Regardless it's great
F

I can brag that I had dinner at a restaurant with $600.00 menus.
You must log in or register to reply here.

250 iPads being set up in Minneapolis International Airport restaurants
2