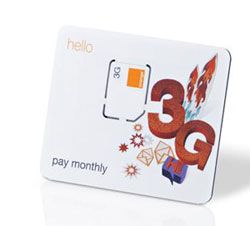 Following hot on the heels of todayâ€™s iPad release date and pre-order news, Engadget reports that Apple has revealed the tax-inclusive prices of all iPads for the UK and Europe, which are as follows:

British newspapers such as the Daily Mail and The Times have wasted no time in pointing out that the iPad will cost approximately Â£80 more than it does in the States, with the Mail citing this as another example of â€œRip-off Britainâ€. And continuing on that theme, UK mobile operator Orange is the first to announce its data plans for the iPad Wi-Fi + 3G, for customers in the UK, France, Spain and Switzerland. Customers can choose from a simple â€œPay monthly for what you useâ€ plan of 5p per MB, or one of four money-saving bundles for more planned or frequent use:

When they calculate the cost of the iPad in the US, they don't include state sales tax or the tax that the government puts on the money that the consumer is purchasing it with - Capital Gains Tax, Federal Income Tax, State Income Tax, Inheritance Tax

I don't think that they are comparing Apples to Apples here.
And to top it all off the U.K. currency is worth more than the U.S. dollar.
You must log in or register to reply here.

iPad 3G Delayed Until May 7th in US
2