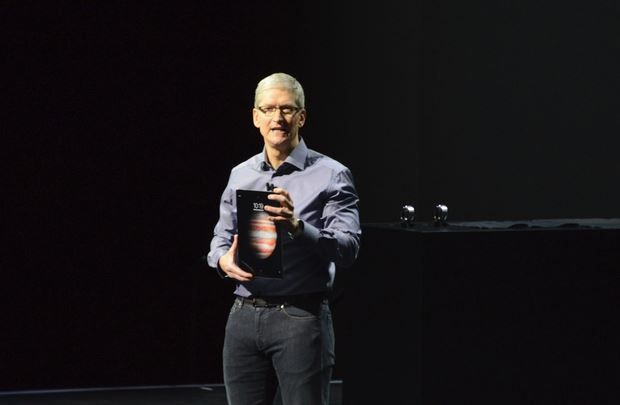 "The biggest news in iPad since the iPad!" With those words at Apple's special event in San Francisco today, Apple CEO Tim Cook finally confirmed the iPad Pro, before handing over to Phil Schiller to talk about Apple's new tablet.

It really brings it home to you just how big the iPad Pro is when you see that the tablet’s on-screen keyboard is full laptop size.

The next part of the presentation showed how the larger iPad is ideally suited for multitasking apps side-by-side with the new multitasking features of iOS 9. 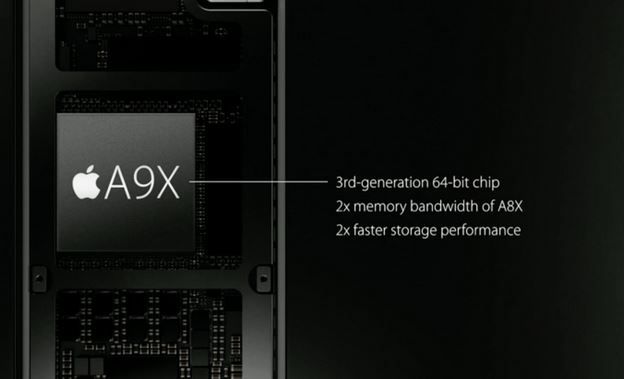 The new iPad Pro is powered by Apple’s new A9X system on a chip, which boasts double the memory bandwidth and graphics performance of the iPad Air 2’s A8X chip. According to Apple, this new chip is faster than 80% of portable PCs that have been sold in the last year. But despite this incredible leap in processing power, Apple says that the iPad Pro will be able to run for 10 hours without charging.

As far as vital statistics are concerned, the Pro is just 6.9mm thin, and weighs just 1.57 pounds.

Aside from all the innovation of the new tablet, there are also many familiar iPad features, including a front-facing FaceTime camera and an 8-megapixel iSight camera on the back, as well as a home button with Touch ID built in.

Because the iPad Pro is very much aimed at the professional user, Apple also announced two key accessories to go with the new tablet, the Apple Pencil stylus and Smart Keyboard.

The Apple Pencil stylus has pressure sensitivity, so if you press down harder on it, it will respond with a thicker or darker stroke. And in order to record your strokes as accurately as possible, the iPad Pro display will refresh at double the speed as normal. You can also use the Apple Pencil simultaneously with your finger, giving you even more control and finesse. The Apple Pencil has a Lightning connector so that you can charge it via the iPad Pro while you work. 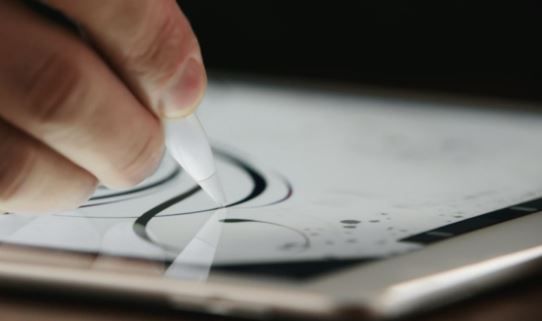 The Smart Keyboard connects to the iPad Pro via the new Smart Connector port on the side of the tablet, which provides power as well as data to the keyboard. The keyboard has a full QWERTY keys layout, with each key using the same butterfly technology as the 12-inch Macbook. 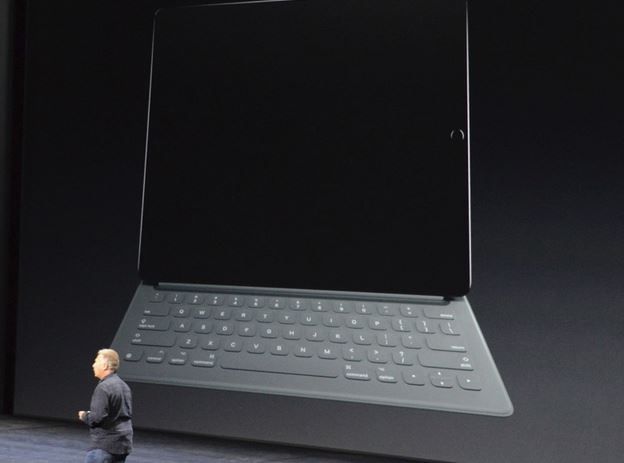 “iPad Pro is the most advanced and powerful iPad we have ever made. Its beautiful and large 12.9-inch Retina display has 5.6 million pixels and provides an immersive experience for content and apps. The iPad Pro is far and away the fastest iOS device we have ever made — its A9X chip beats most portable PCs in both CPU and graphics tasks, but is thin and light enough to hold all day,” said Philip Schiller, Apple’s senior vice president of Worldwide Marketing. “The innovative Apple Pencil and new Smart Keyboard enable users to customize their iPad Pro experience to the particular apps they use and the work they do, making iPad Pro ideal for everything from professional productivity to advanced 3D design.”
Click to expand...

iPad Pro starts at $799 (US) for the 32GB with Wi-Fi model and $1079 (US) for the Wi-Fi + Cellular 128GB model, comes in three gorgeous metallic finishes including silver, gold and space gray and will be available starting in November from Apple.com, Apple’s retail stores, through select carriers and Apple Authorized Resellers. For more information, please visit www.apple.com/ipad.
Click to expand...

Wow! This should be a nice tablet to check out!

It's also faster than most of the laptops currently on the market.

Exactly! This what drew me in as well as the pen stylus accessory and keyboard...

Anyone see when preorders will start?

I did not see (or hear) anything...am hoping to catch it on VZW with LTE access ...
OP
M

iDan said:
Anyone see when preorders will start?
Click to expand...

They didn't announce pre-ordering. Since it won't be available until some undisclosed date in November they probably won't start pre-orders until late October, at the earliest. It could be an early November pre-order with a late November availability (which is what I'd bet, if I was the betting type).

twerppoet said:
They didn't announce pre-ordering. Since it won't be available until some undisclosed date in November they probably won't start pre-orders until late October, at the earliest. It could be an early November pre-order with a late November availability (which is what I'd bet, if I was the betting type).
Click to expand...

Maybe around Black Friday time hoping to catch those people who are in the shopping spirit ...
You must log in or register to reply here.

Apple is Allegedly Going to Launch the 12.9-inch iPad Pro Tablet on November 11