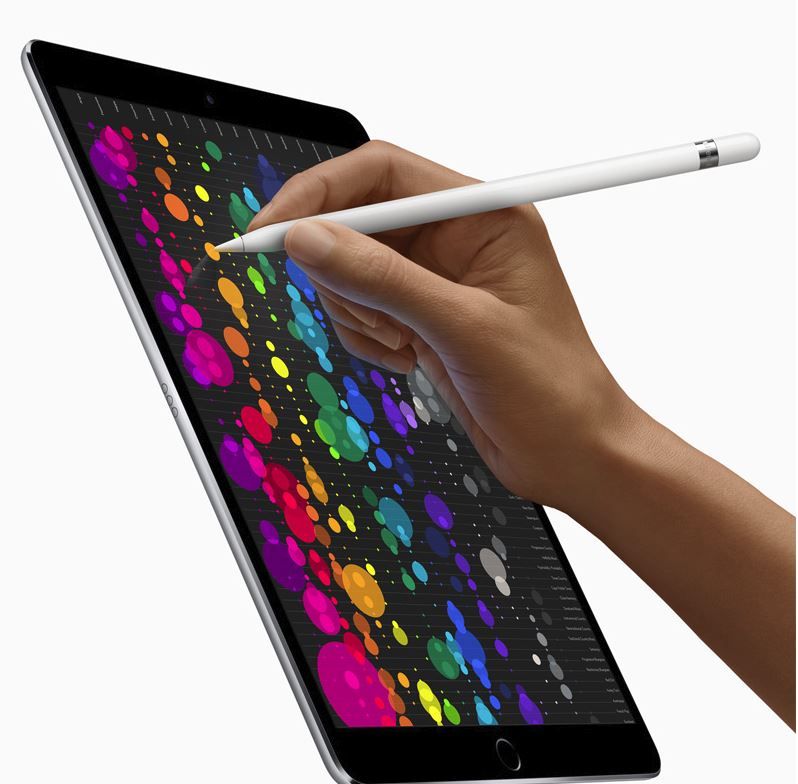 Just as expected, Apple has today announced the 10.5-inch iPad Pro at the WWDC17 Keynote event. Apple’s vice president of Product Marketing, Greg “Joz” Joswiak, took to the stage to unveil the latest addition to the iPad line-up.

“These are by far the most powerful iPads we’ve ever created with the world’s most advanced displays featuring ProMotion, the powerful new A10X Fusion chip and the advanced camera system of iPhone 7" he said. "Together with iOS 11 these new iPad Pro models will radically change what users can do with iPad.”
Click to expand...

Featuring ProMotion Retina display technology and the new A10X Fusion chip, the 10.5-inch model’s borders are reduced by almost 40%, meaning that the package stays compact, weighing in at just one pound.

The ProMotion display in both size options is able to deliver refresh rates of double what was achieved previously with 120Hz. The onstage demo showed just how well this works in conjunction with the Apple Pencil in particular, which boasts 20-millisecond latency. ProMotion is also able to automatically adjust the display refresh rate to match the movement of the content, thus using less power.

The advance Retina Display for both sizes is the brightest iPad display to date, complete with antireflective coating, True Tone, and a wide colour gamut for digital cinema-standard colours.

The 64-bit A10X Fusion chip on both iPad Pros delivers performance that is faster than many PC laptops you can buy today, complete with a six-core CPU and 12-core GPU that result in up to 30% faster CPU performance and 40% faster graphics performance than the previous A9X chip, while still maintaining all-day battery life.

As far as photography is concerned, the iPad Pro has the same front- and back-facing cameras as the iPhone 7, i.e., a 12-megapixel camera with optical image stabilization and a 7-megapixel FaceTime HD camera.

Here are all the details on pricing and availability: