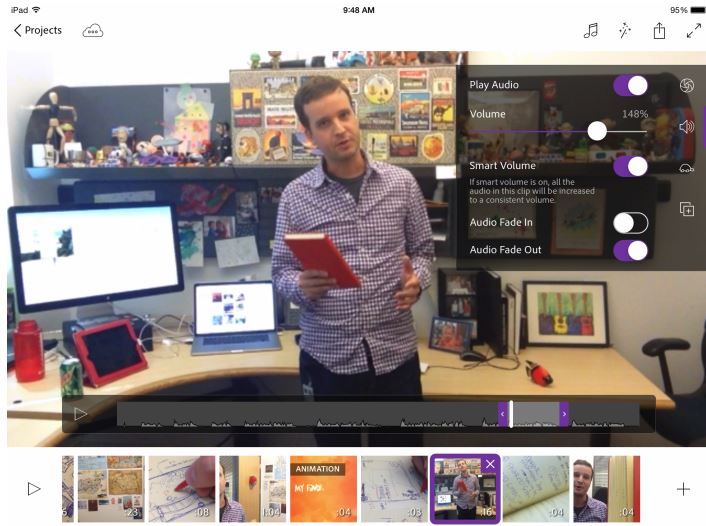 9to5 Mac reports today that Adobe has unveiled a new suite of iOS apps, just in time for its annual MAX Conference, which starts today.

Adobe’s new focus is on keeping its mobile software apps in four main categories that can then be synced with their desktop versions, namely Illustration, Imaging, Video and the new Creative Cloud Capture Apps platform.

Each of the four categories’ apps is either a new app or an enhanced version of a previous app.

The new apps include PhotoShop Sketch, which is a re-branded version of Adobe Sketch, and which integrates with the current Photoshop and Illustrator desktop apps.

Illustrator Line is a brand new app, which, according to Adobe, “gives users access to their favorite vector drawing tools and features in a modern, streamlined interface, high-fidelity integration with Illustrator CC and enhanced support for Adobe Ink and Slide.”

Premiere Clip is another brand new app, and represents the first time that Adobe has released a video-editing app for iOS. 9to5 Mac calls it a “very watered down version of the famous Premiere app on the desktop.” The app enables you to do basic editing on your device, including audio, text, transitions, and some effects editing.

Other new capture apps from Adobe launched today as part of the new suite include Brush, and Shape, which are pretty self-explanatory!

If you have an Adobe Creative Cloud subscription, all the apps are free.

Source: 9to5 Mac
You must log in or register to reply here.