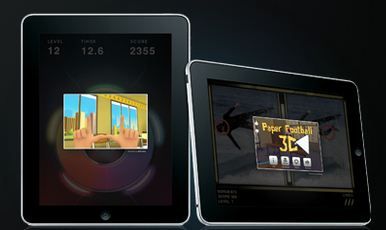 Jirboâ€™s AdColony ad serving technology for iPhone, iPod touch and iPad has today revealed the results of its iPad user survey, which reports demographic data from iPad consumers. The results collated critical consumer data for mobile advertisers, including gender, age, education and household income as well as preferred App Store categories and mobile device ownership. Some of the most interesting nuggets taken from the survey include the news that 58.0 percent of respondents have bachelorâ€™s degrees or graduate/professional degrees, and 44.3 percent earn a household income level of $100,000 or more. The results show that of iPad users, over 48.7 own iPod touches, 43.0 own iPhones, and over 27.2 own BlackBerry devices.

AdColony has been in private beta since December 2009 and has driven multiple brand campaigns. Brands and publishers using the AdColony platform include CBC Mobile, Initiative, Sony Pictures, Lionsgate, Scion, Universal McCann and Topps.

All this time and I have not figured that out. I se all these surveys and I have never once been contacted for a survey.

brhon said:
All this time and I have not figured that out. I se all these surveys and I have never once been contacted for a survey.
Click to expand...

Lol..... Inoften wonder that as well. You would think since I've been on the planet for 56 years that at least once I would be contacted in a survey.

One reason is that we have not had s land line phone for over 10 years. To me many of these things are skewed because they are only contacting people with land line phones.....and that's true of almost all polls and such.....
You must log in or register to reply here.